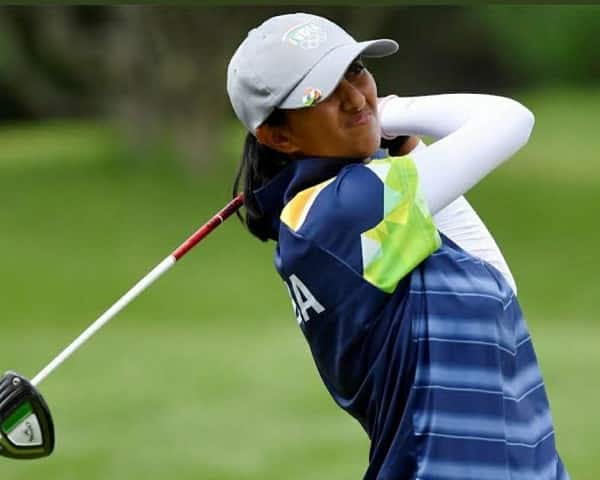 Top Indian woman golfer Aditi Ashok, who missed the bronze medal at the Tokyo Olympics on Sat 7 Aug yet created history by become the first from the country to reach this far at the quadrennial showpiece, said that when she had picked up a gold club as a five-year-old, she had never thought it would one day lead her to the biggest sporting stage.

Born in a middle-class household in Bengaluru, Aditi got attracted to the sport when she was taken to the Karnataka Golf Association course as a five-year-old.

Juggling her studies at the Frank Anthony Public School and her passion for golf, the 23-year-old started regularly training at the course and played at local tournaments.

She won her maiden state-level trophy, the Karnataka Junior and South Indian Junior Championships as a 13-year-old in 2011. Soon she went on to win the national amateur title.

On Saturday, 23-year-old Aditi Ashok was in contention for a podium finish until the 17th hole but dropped out of the medals bracket to eventually finish fourth at the Kasumigaseki Country Club.

She carded 3-under 68 in the final round and had a combined score of 15-under, just one shot off playing for the medal places. She had finished 41st at the 2016 Rio Olympics.

Speaking to the International Golf Federation (IGF) on her thought process throughout the final day on Saturday, Aditi said, “Going into the round, I didn’t think about it much, it was fine, but obviously coming in I tried my best to like hole the last few putts and just knowing because in a regular tournament whether you finish second or fourth it really doesn’t matter, no one cares.

“But like at this event you need to be in the Top-3. I didn’t leave anything out there; I think I gave it my hundred per cent, but, yeah, fourth at an Olympics where they give out three medals kind of sucks.”

Aditi was second overnight before the start of the fourth round, three strokes behind the leader. At the end of the 17th hole, she was in contention for a medal finish. But there was heartbreak as she dropped to finish fourth. Aditi’s fourth place is the best-ever finish by an Indian golfer at the Olympics.

Nelly Korda of the US, the world’s top-ranked woman golfer, clinched the gold medal with a score of 17-under 267. Japan’s Mone Inami edged New Zealand’s Ko Lydia in the silver-medal playoff. Both Mone and Ko had shared the second spot, a stroke behind at 268.

On the message she would like to give to aspiring golfers, Aditi said, “When I started golf I never dreamt of being or contending at the Olympics, golf wasn’t even an Olympic sport. So sometimes you just pick it up and work hard and have fun every day and sometimes you get here.”

In the men’s events, Indian golfers Anirban Lahiri (at his second Olympics) and Udayan Mane started well but did not go far.

Aditi’s performance though, is nothing short of inspirational, and will hopefully do much for the game in India, particularly for those of her gender.