Curtains for “you’re,” and please don’t reply “your right” 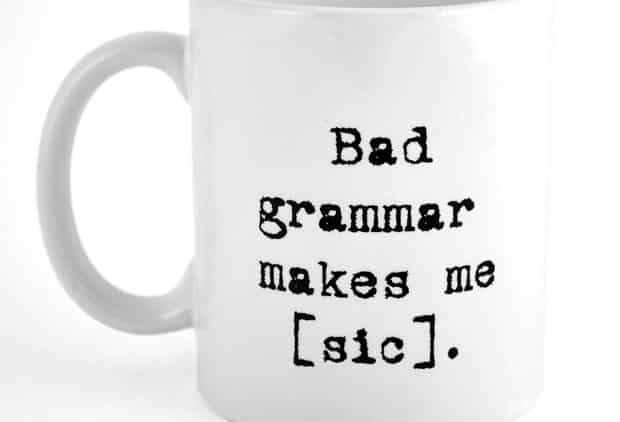 The managers of my office put up a sign saying: “Keep the door close”. Do they mean “closed,” or do they want me to take the door off its hinges and keep it close to me everywhere I go? Given their rationality levels, both are equally possible.

In my previous office, management put up a sign on the janitor’s office: “Cleaner room”. I glanced inside. It was cleaner than my room. But aren’t they all?

Some people get really upset about writing errors. A man angered by a misspelled sign outside a US government office tried to blow up the building with a hand-held bomb, a news report said last year. That’s crazy: You need a truck bomb.

Internet users frequently abuse me with the phrase “Your stupid”. I usually reply: “Yeah but at least I can spell you’re”.

But frankly, it’s time to hold a funeral service for the word “you’re”. It went on my endangered list in 2007, when a US technology firm launched a major ad campaign with a two-word phrase: “Your on”. When you have a massive budget and just two words to handle, you’d think you’d get both of them right, but no. The same country saw the launch of an inn called the Your Welcome Inn, which suggests that three words is WAY too much.

By 2009, “your” was replacing “you’re” in about more than 50 percent of internet exchanges I monitored, and today “your” has triumphed almost completely. Modern dictionaries are governed by the “descriptive not proscriptive” principle, which means “your” will soon appear as a legitimate alternative for “you’re”.

A funeral should also be held for the phrase “every day”. When you write this as two words, it means “all the days”. When you write it as one word, it means “mundane”. So pop star Elvis Costello’s hit song Everyday I Write the Book means “Mundane I Write the Book”. The Coca-Cola Company’s slogan for Dasani bottled water describes it as a mundane drink, which is bang on target. One of the top songs sung in churches today is called Everyday which says all you need to know about modern Christian music.

As for punctuation, the saddest lost apostrophe of recent times must be the one in the photo a reader sent to me, showing a school in India owned by a certain Anu Sharma. The signmaker dropped the all-important apostrophe and thus the sign says ANUS ENGLISH ACADEMY. Sad but true.

I once had an online dispute with someone who told me: “Theirs nothing wrong with my Brian”. I congratulated her on her Brian’s health.

But, dear reader, let’s face facts. I propose that we, the last few people on earth to still use “you’re” should have a Save The Apostrophe meeting in a hotel or conference centre. But PLEASE, not at the Your Welcome Inn.

What’s the one grammar error that gets your goat? Let us know on our Facebook page.

A deeper shade of blue to be ‘true blue’