The first Annual General Meeting of the recently incorporated chapter was held in Canberra last month and attended by office bearers elected to steer the committee.

According to Col Rajesh Kaswan, Secretary NDAAA(AC) the main purpose of establishing this alumni chapter is to provide support to its members by creating avenues for professional and social networking.

NDAAA(AC) also aims to provide resettlement assistance to NDA alumni planning to migrate to Australia and if required, provide support to NDA alumni settled in Australia.

NDA is the prestigious Joint Services academy of the Indian Armed Forces, where cadets of the three services, the Army, the Navy and the Air Force train together. Established in 1954 and based in Khadakwasla, Pune, Maharashtra, it is the first tri-service academy in the world.

After completion of the 3-year gruelling course, the cadets go on to their respective service academies for further pre-commissioning training. NDA alumni have led and fought in every major war/battle including UN missions and won a large number of gallantry awards and peacetime awards.

Starting with only a handful of members, the NDAAA(AC) is growing in numbers with more alumni completing their service obligations and choosing to settle in Australia and the surrounding Oceania region. 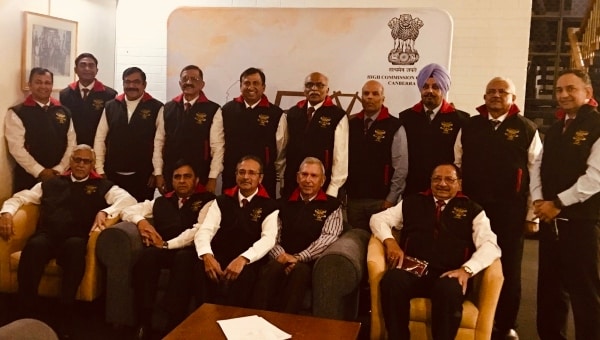 “After much hard work and dedication and meeting all the legal requirements of the Consumers Affairs Victoria, we are pleased to officially establish this chapter and I look forward to meeting all the ex-NDA officers desirous of joining us”, said Lt.Col (Dr) AK Sinha, President of NDAAA(AC).

The current office bearers include Major Rajiv Seth as Vice President and Lt Col AK Nayyar as Treasurer. The group regularly conducts official and social meetings and hosts visiting dignitaries from the Indian Armed Forces who are on official visits to Australia.

The NDA is a source of great pride and inspiration as a centre of excellence for grooming future leaders. The vast experience, training, and service experience of its alumni continues to inculcate the tenets of camaraderie and the spirit of its motto Seva Paramo Dharma (service before self).