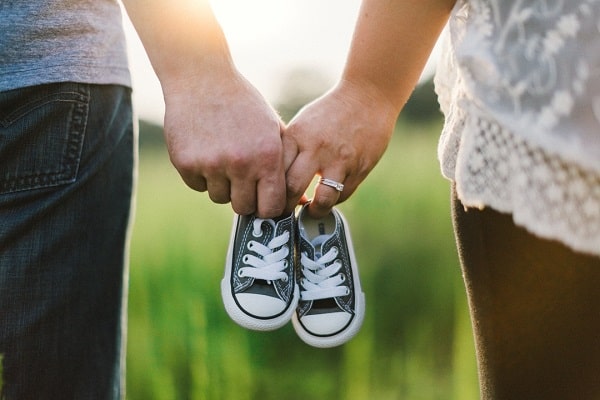 By some estimates, India is home to between 20 and 30 million orphaned children, the overwhelming majority of whom are orphaned by abandonment, rather than because of the death of their parents.

Lost in a sea of some 400 million children – the largest child population in the world – the outlook is bleak for those left behind. Crippling poverty and poor literacy rates form an unforgiving couple, leading to a vicious circle of child labour, child trafficking and systemic abuse.

Yet, even as India’s population continues to skyrocket, and adoption becomes more accepted within its borders, adoption rates in India have plummeted over the last 7 years.

Over the same period, almost under the radar, the Australian government has upheld a ban on the adoption of children from India, amid a cloud of bureaucratic smoke and mirrors that continues to frustrate prospective adoptive parents and denies some of the world’s most desperate children the chance of a new beginning.

It’s now been seven years since Australia suspended its adoption program with India, when the then Attorney-General placed a hold on applications to India, purportedly in response to ongoing investigations into illegal adoptions and child trafficking.

Although the Indian adoption environment has been overhauled since the hold was first announced, the Australian government’s position remains inexplicably unchanged. It’s been a period largely characterised by misinformation, a dearth of transparency and, most dishearteningly for Australian couple Liz and Adam Brook, relentless uncertainty. 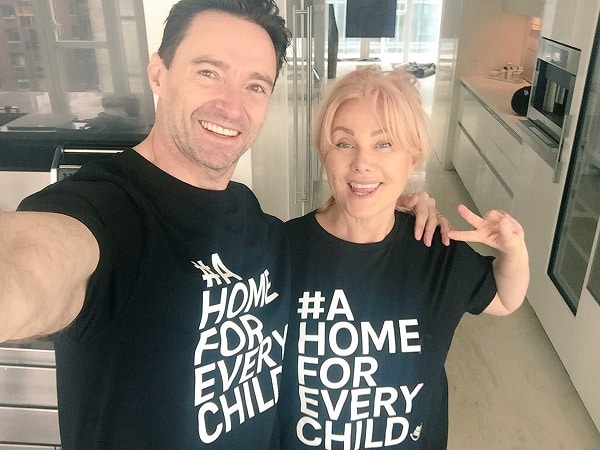 It’s quite a contrast to the spirit of National Adoption Awareness Week that will be marked from 8 to 14 November. The Week aims to increase awareness about adoption and remove the stigma around it.

Liz and Adam form part of a crushing but unavoidable statistic: they’re one in six Australian couples who experience infertility. Even at an early stage of their relationship, the couple discussed openly the avenue of adoption with each other. Liz had been diagnosed with polycystic ovary syndrome as a teenager. It was around this time that Liz also fell in love with the subcontinent.

“I have been fascinated by India since I was a child,” says Liz. “My parents made sure we were exposed to different cultures, races and religions. But it wasn’t until Boxing Day in 1998 or 1999, when I was about 13, that India became a larger part of our lives.”

That was when, as Liz recalls, multicultural broadcaster SBS aired the 1996 film Raja Hindustani. “I was hooked,” says Liz. “It took years and a lot of development until Google was good enough to find me that film again, but my sister and my mum contented ourselves with whatever we could find on eBay.” 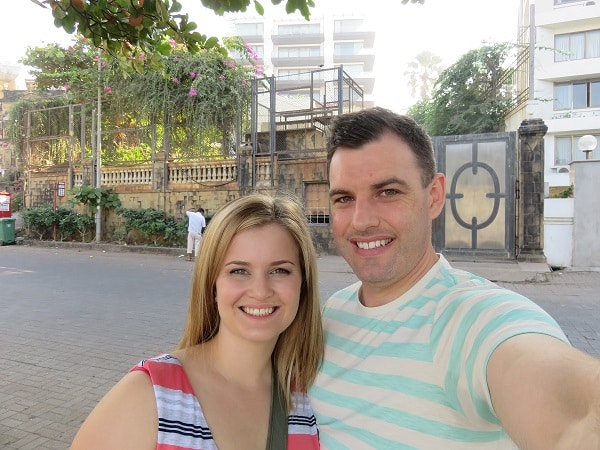 By 2013, Liz and Adam owned dozens of Bollywood films, and were regulars at their local Indian restaurant. That year also marked Liz’s first visit to India; she would return again in 2015 with Adam to tour Rajasthan and its surrounds, Adam learning how to play several Bollywood tracks on the guitar along the way. With Adam having since taken Hindi classes, and the couple notching up another trip to India this year, it’s no surprise that now, as ever, Liz and Adam picture themselves with an Indian child.

“I remember early on in our relationship, going through a drive-through and the server was a young girl of Indian descent, her name was Anjali – which of course got my attention, reminding us of Kajol!” laughs Liz. “From then on, we had this fantasy that our daughter would be Anjali, the first female Formula 1 champion.”

But the couple were dealt a harsh blow at the very beginning of their journey in 2017, learning that Australia’s adoption program with India was on hold. Having spent countless hours reading about the Australian and Indian adoption regimes, including trawling through outdated Australian government websites, navigating broken links and weeding out general misinformation, Liz emailed a number of government agencies and politicians – including Prime Minister Malcolm Turnbull – seeking clarification. “I could have accepted it if the answer was no,” laments Liz, “but the limbo is killing me.”

On each occasion however, Liz was given the same, bitter pill to swallow: that the Australian government is “continuing to monitor” India’s adoption system. 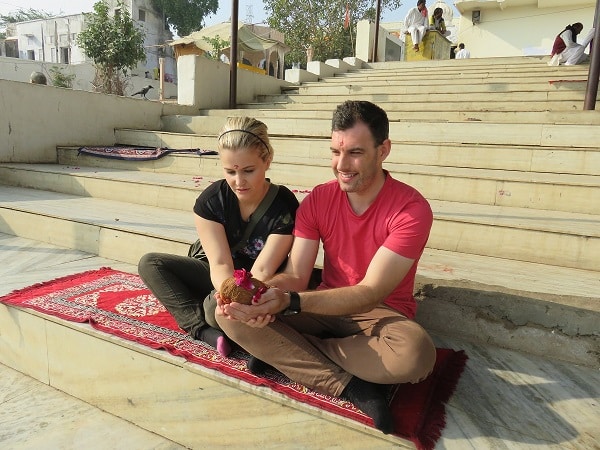 Australian governments have – rightly – consistently adopted a conservative and cautious approach to Australia’s intercountry adoption programs; and particularly so since 1998, when Australia ratified the 1993 Hague Convention on Protection of Children and Co-operation in Respect of Intercountry Adoption.

But the procedure and regulation of adoptions in India has changed significantly since applications were suspended in 2010.

In February 2011, a delegation comprising officials from the Attorney-General’s Department and the Victorian Department of Human Services met with the Indian Ministry of Women and Child Development and the Central Adoption Resource Agency (CARA), the statutory body for the adoption of children in India, and had meetings with the Australian High Commission in India as well.

During these meetings, delegates discussed the approval and implementation of the new Guidelines Governing the Adoption of Children, a key milestone in India’s quest to abolish illegal and mismanaged adoption practices. The guidelines, which were based partly on the Hague Adoption Convention (to which India is also a signatory), were implemented later that year.

And it’s not just pen on paper – CARA and the Ministry of Women and Child Development have already begun cracking down on illegal adoptions and adoptions facilitated by unauthorised agencies. 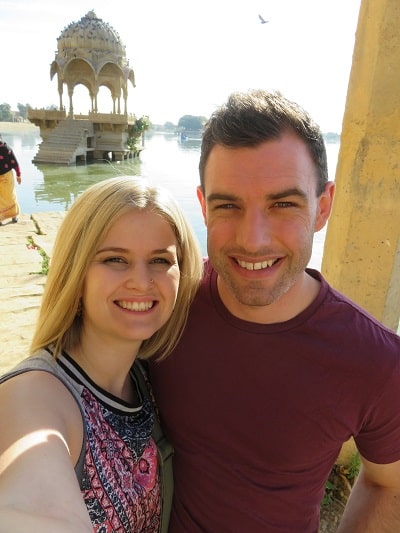 A culture of finger-pointing

Despite the significant steps taken between by Indian lawmakers and authorities over the best part of the last decade, the position of Australian authorities with respect to the India program remains overwhelmingly unclear, and authorities seem determined to avoid the issue at all costs.

An intercountry adoption kit issued by the Victorian Department of Human Services, for instance, cites that the decision to place the adoption program on “temporary hold” was actually in response to “current investigations being undertaken by the Indian Central Bureau of Investigation in relation to illegal adoptions,” while a Daily Telegraph article wrongly accuses India of suspending its adoption program with Australia.

Even in the wake of the most troubling child-trafficking allegations from India, which surfaced in late 2013, the then Prime Minister Tony Abbott announced the establishment of a taskforce to report back to the government on Australia’s intercountry adoption regime, citing the “millions of children in orphanages overseas who would love to have parents,” and that “tens of thousands of those could come to Australia.” Despite recommending that Australia “reinvigorate” its efforts to establish new country programs across the world, the ensuing report essentially ignored the plight of one of the largest, poorest populations of adoptable children the world; instead, the report failed altogether to consider India’s renewed adoption regime, and merely noted the fact that the hold on the India program remained in place.

The relevant state and territory adoption bodies also appear to have been left in the dark, and the bureaucracy is deflating for prospective parents. Having requested only to attend an adoption information seminar facilitated by the NSW Department Family and Community Services – the only agency in NSW which can arrange intercountry adoption – Liz and Adam were turned away, with a FACS case worker notifying the couple that the “India program has been on hold for several years and we don’t know when the hold will be lifted,” and that there would be no room for “newcomers” to attend the seminar.

CARA CEO, Deepak Kumar, suggested to Liz that the ball was in the court of Australian authorities. “We had a few sessions of interaction with the Australian central (adoption) authority and their embassy in India at CARA & through Skype,” said Kumar. “The Australian authorities were convinced but have been non-committal. In fact, every time (we speak to them), they say the Minister) for Social Services, the Hon Christian Porter MP) is yet to take a decision. We are committed to recommencement of the program but you must ask the Australian government to take the decision at the earliest.”

Yet Kumar’s comments, too, are to be taken with a pinch of salt. Campaigners in India are currently calling for an immediate end to intercountry adoptions, on the basis that they do not provide adequate protections for children. These calls have come following the death of a three-year-old girl, ostensibly at the hands of her adoptive father. The toddler, Sherin Mathews, was adopted from the Mother Teresa Orphanage and Children’s Home in Bihar, India, just over a year ago. 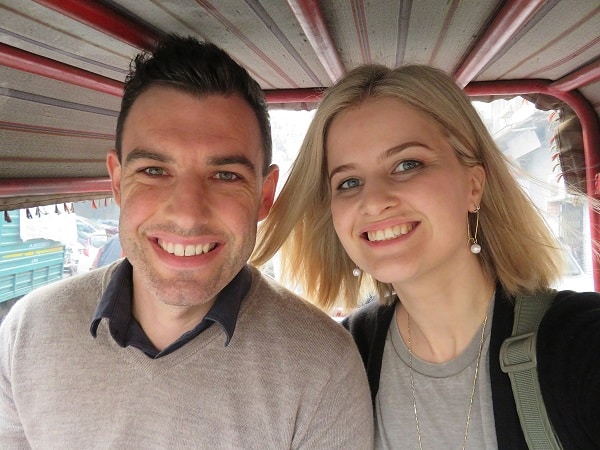 More recently, local media outlets reported that Assistant Social Services Minister, Zed Seselja has confirmed that discussions are in final stages to allow Australian parents to adopt children from India. Yet the irony is that no such confirmation has been provided to the couples most affected by that decision, or to the public more generally. Once again, no information appears on any relevant government website.

In fact, in response to a query by Indian Link, the department of social services said via a spokesperson that there has been no change to the status of the India-Australia intercountry adoption program. “Australia’s hold on sending new intercountry adoption applications to India remains in place. Representatives of the Department of Social Services visited India earlier this year to see the changes in India first hand and understand the steps India has taken to improve adoption practices as well as how the current adoption process operates. While there is no specified timeframe for lifting the hold on the India-Australia program at present, the Australian Government continues to actively engage with India’s adoption program and Indian officials.”

It’s also unclear whether Indian authorities have been kept in the loop; as recently as last month, CARA noted that it was unable to shed any more light on the situation and was in continued discussions with Australian authorities.

Aside from the prevalent culture of red tape and buck-passing, there’s a particularly cruel irony in the position taken by Australian authorities: although Australian state and territory adoption authorities will consider “ad-hoc adoption” applications for children from countries with which Australia does not have an active intercountry adoption arrangement, ad-hoc adoption applications are not accepted for countries where an adoption program exists. In other words, if the adoption program with India had been cancelled altogether in response to child trafficking allegations – rather than put on hold – it would have been possible for prospective parents to submit to their respective state and territory central authorities ad-hoc applications to adopt Indian children. 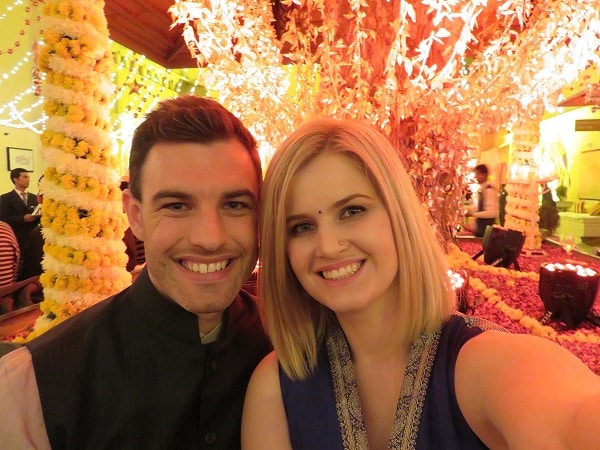 The harsh reality for couples like Liz and Adam is that managing intercountry adoption sits low on the priority list for elected officials in Australia, where successful intercountry adoptions are, by numbers, few and far between. It’s certainly a path that merits careful traversing; the risks of poor oversight and blasé due diligence can hardly be overstated. Yet, for those few dozen children in India each year who could quite literally be given a second chance at life in Australia – and equally, for the Australian couples desperate to give those children that chance – the very nature of the industry demands a more balanced, transparent and functional approach to policy and governance.