Conflicting information has emerged around the death of Navreet Singh, who previously lived in Melbourne. 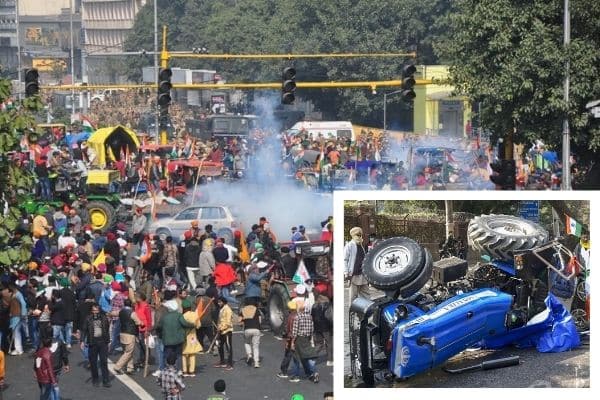 Following the farmers protests that turned violent on Republic Day in New Delhi, it has emerged that over 300 police officers were injured and at least one protester had passed away.

The deceased, Navreet Singh, had flown back home from Melbourne.

Multiple reports coming in suggest that Singh had come to Australia a few years ago to pursue a graduate course, where he met his future wife. While she stayed in Melbourne to complete her graduation, Singh is believed to have travelled back to India. Some outlets have reported that he left two years ago although others wrote that he travelled a few months back.

With initial confusion around the cause of death, Singh’s demise was widely covered by Indian media after the chaotic tractor rally. Indian journalists like senior anchor Rajdeep Sardesai reported that Singh had been shot by Delhi police. However, CCTV police released by Delhi Police indicated that there were no gunshots, rather Singh’s tractor lost control and toppled. (Sardesai was taken off the air for two weeks by India Today and deducted one month’s salary for the claims.)

Shortly after, The Wire reported that Singh was killed by police firing, and an FIR was filed against founding editor Siddharth Varadarajan.

Pictures of Singh’s fallen blue tractor have been widely circulated on social media.

“Post-mortem of the body was conducted in Rampur today and its report stated that there were five injuries on the body. The report stated cause of death occurred due to head injury,” Bilaspur Station House Officer Brijesh Yadav was quoted as saying by The Indian Express.

Meanwhile, The Guardian cited a UK pathologist who had examined the video footage and postmortem and suggested it was “extremely implausible” Singh had died from the overturned tractor.

Singh’s wife Manseet Kaur (also reported as Manreet and Mansweet) is in Melbourne and was unable to attend the funeral.

Among other conflicting information, Singh has been reported as anywhere between 24 to 45 years old. According to The Times of India, he comes from generations of farmers hailing from Dibdiba, Uttar Pradesh who have been attending protests with him, while other outlets suggest his family were unaware of his presence at the Delhi rally.

If anyone knows more about Navreet Singh, reach out to us at media@indianlink.com.au.