Up close and personal with the extraordinary Dhanush 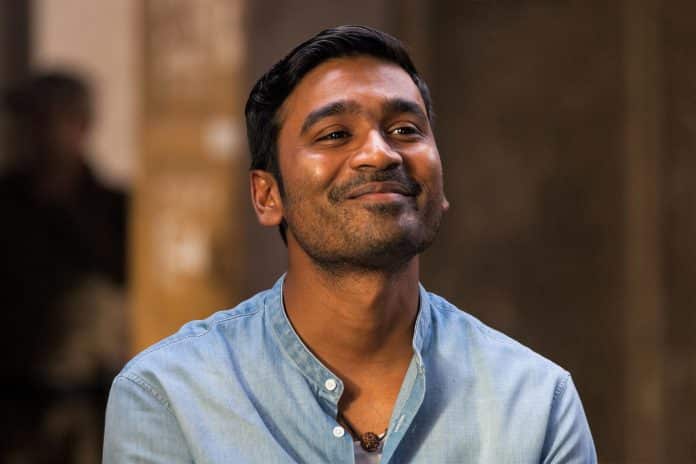 Reading Time: 3 minutes‘The Extraordinary Journey of the Fakir’ starring Dhanush is playing in theatres now.
Kashif: Your character in your new movie The Extraordinary Journey of the Fakir, Ajatashatru “Aja” Lavash Patel, wants to travel to Paris. A large portion of the movie was also filmed there. Do you have a favourite memory of your time in Paris?
Dhanush: Sitting court side watching Rafael Nadal playing on Centre Court at Roland Garros!

K: You play a street magician in the movie, which also involves elements of karma and chance. Do you personally believe in karma?
D: I consider myself extremely lucky, with the chances and opportunities that life has given me. Maybe I was a really good guy in my past life!
K: This movie features a few songs or some sort of musical element. We also hear you sing on a couple of occasions. Do you have a favourite musical?
D: Indian films are full of wonderful music and songs. One of my current favourites is composer Sean Roldan. I also really like Amit Trivedi’s music and I’m happy that he composed the songs for Fakir as well.

K: Your character in the film is understandably obsessed with IKEA. If we happen to run into you at an IKEA store, which level would you most likely be on?
D: Whichever section my wife likes! I love setting up our den where my sons and I watch sports, so we might be at the level that has the loungers.
K: There’s a character in the movie, a 27-year-old, exploring her sexual identity and whether or not she’s a lesbian. India decriminalised section 377 only recently, with homosexuality getting legal approval and recognition. According to you, how have audience reactions to gay characters on screen changed over the years?
D: The reaction to the decriminalisation of article 377 in India was amazing. The entire business community supported the Supreme Court judgement, and most online and retail businesses had some form of celebration. As far as entertainment goes, with platforms like Netflix screening in India, gay characters are not at all unfamiliar to Indian audiences. There have been a number of important LGBT characters in Indian films and TV shows, and more and more people are expressing themselves freely. I think it’s great!

K: Your character in the movie comes back to India to work as a teacher. What profession would you have chosen, if you hadn’t been an actor?
D: I always wanted to be a chef! I think I would have been very successful at that.
K: How would your character Aja rate this interview out of 10?
D: This is a truly unique interview! I have really never given answers to questions like these, so for originality I’m sure Aja would give this interview a 10/10.