A broad understanding of Vir Das 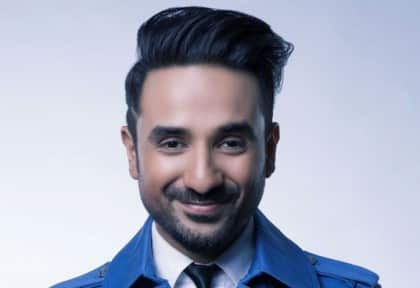 Ahead of his debut stand-up shows in Australia, Indian comic powerhouse Vir Das spoke with VIRAT NEHRU about the changing perception of comedy in India, tackling difficult issues through jokes and the role of a comic in an increasingly absurd world

If you are at all familiar with Indian comedy, the name Vir Das is bound to bring a smile to your face. He appeared on the English stand-up comedy circuit in India about ten years ago, at a time when the art form was still growing and finding its feet among Indian audiences. Since then, he’s diversified his portfolio, acting in Bollywood films like Delhi Belly and Go Goa Gone as well penning regular comedic columns for various magazines and publications.
However, a proper introduction to a more global audience happened just recently. Having just released his first Netflix special Abroad Understanding and landing a spot on Conan in the United States, Das admits the positive reception and success has caught him off-guard.
“The [Netflix] special only came out [a few] days ago and the Conan bit went viral,” says Das.
“It’s kind of unexpected to be honest. These things usually take a while to catch on. They usually take about two, three months. But to get the kind of response we’ve got so far has been completely unexpected.”

In the decade that Das has been around on the stand-up circuit in India, he has seen an explosion of Indian comedic talent burst onto the scene, from individual acts like Daniel Fernandes, Neeti Palta and Kenny Sebastian to successful comedy groups like AIB, SnG and EIC among many others. However, this wasn’t always true. There has been a gradual shift in the perception of English stand-up comedy as an art form among Indian audiences.
“I think it [stand-up comedy] is finally a viable profession because the novelty factor is gone. Earlier, when we were all kind of starting out, just the fact that you were a comedian meant that you got an audience because people were that fascinated with the art form. And that has now evolved into people being informed about the art form,” Das explains.
“Now, you no longer have to be a comedian, you have to be a good comedian. And that’s the phase where real innovation starts to happen. So, right now it’s in that really exciting phase. It’s also that kind of profession where now kids can tell their families that this is what I want to do with my life and they are not as shocked as they would’ve been ten years ago.”

Introducing oneself in the right manner to a global market as a comic – especially as an Indian comic – is a tricky tightrope to walk. It is no secret that for years, negative stereotypes about Indians have been played for laughs in mainstream western comedy. Das is astute enough to call-out these stereotypes, for example, the representation of Apu in The Simpsons. However, he is also quick to clear the air that this is not a conscious attempt to do any kind of social commentary or redressal.
“It’s not a conscious decision to talk about these things. The special, Abroad Understanding, was supposed to be literally – ‘a broad understanding’ – of two different countries,” Das clarifies.

“And I was very conscious of the fact that I’m known in India, but this is very much my introduction to the world. There is a very wide diaspora of people who have never heard of me or know who I am. So, I have to find some way to relate to them. When you know who I am, I can tell you personal stories about my life and you’ll give a shit. But if you’ve never heard of who I am, I have to find some common ground to relate to you.
The first thing when you think of India is the political diaspora, you think of religion. There is a certain amount of racism. Homophobia is a big issue in India, religious phobia is a big issue. Not like America where it is racism and gun control and Donald Trump. I just had to find relatable touchpoints to talk to people about, so in the next special, once we know each other hopefully, I can get a little personal. That’s really the mindset I was coming from. It wasn’t consciously to tackle negative Indian stereotypes. That was just a way to introduce myself to the market as an intelligent comedian.”

So, is there any kind of pressure or the weight of expectation every time he goes on stage to face the lights and the audience?
“I think sometimes comedians are given too much credit for the material that we chance upon. That’s really what we do,” Das says with a hearty laugh.
“We chance upon material according to what the world is going through. I’m coming down to Sydney, I’m coming down to Melbourne. If you come and see my show, I’ve got a brand new set which is not the Netflix material. And the brand new set is about growing up in Africa, it is about funeral rituals. I lost a dear friend and there is a bit about that. It’s about how Indian funerals are these absurd rituals. There are bits about feminism. There are bits about the Ramayana, the Mahabharata, the Jesus story. But, at the same time, there are jokes. And we’ll talk a little bit about sex as well. It’s about where you are in that moment in time.”

Where we find ourselves today, in a world full of absurdity – where it is impossible to distinguish fact from fiction – it is a time ripe for intelligent comedy to thrive. What then, is the role of a comic today? You can open the newspaper and just read out a headline and that probably is a punchline to some cruel joke.
“It’s our [a comic’s] job to be able to give you enough visuals to be able to read that newspaper. That’s really all our job is,” says Das.
“It’s not to socially comment, if that happens, well and good. It’s not to change your perception, if that happens, well and good. And nine times out of ten it is coincidence. That I can tell you. Comedians write these really poignant bits and we think these are the ones that are going to get traction. And suddenly, something else gets traction. Like, in the Netflix special, I never imagined ‘once you go brown, the other colours let you down’ would be the most call worthy line of the special. I had written bits about racism, about homophobia and about religion, but that’s the one that stuck. You can’t plan these things.

Vir Das is performing at the Factory Theatre, Sydney 18-21 May. Click here for details.