Home Arts Crushing it at Tropfest 2019

“It’s the biggest highlight of my film career,” Leela Varghese tells Indian Link. The 27-year-old (with the maturity of a 22-year-old, she insists) Bundaberg-born filmmaker is talking about being chosen as one of the 16 finalists in Tropfest 2019, the world’s largest short film festival.

Started in 1993 by Australian filmmaker John Polson, it’s one of Australia’s most iconic cultural events that creates platforms for filmmakers to generate new content and share their stories. These ‘stories’ are short films that must be less than seven minutes long and have to feature that year’s Tropfest Signature Item (TSI).

This year, Leela’s film Crush was the only entry by an Indian-origin filmmaker. It won three awards – Best Actor for lead Shabana Azeez, Best Editing for Pip Hart and Best Screenplay for Leela.

And as the filmmaker says, it’s a ‘really big deal’. Interestingly, Leela’s plan to enter Tropfest was…well, unplanned. “I just finished working on a kids TV show Totally Wild years as a presenter-producer. It was the first time I was totally free – no job, nothing. After always having worked, it felt strange and so I wanted to fill the void and do something productive,” she explains. “I wanted to make something that would launch my career as a writer-director. It was totally spontaneous and last minute. The deadline was super close so I hustled around and got a crew of 20-odd together. We shot the entire film in one day!”

For Leela, everything fell into place so well that “it just felt like it was meant to happen”. 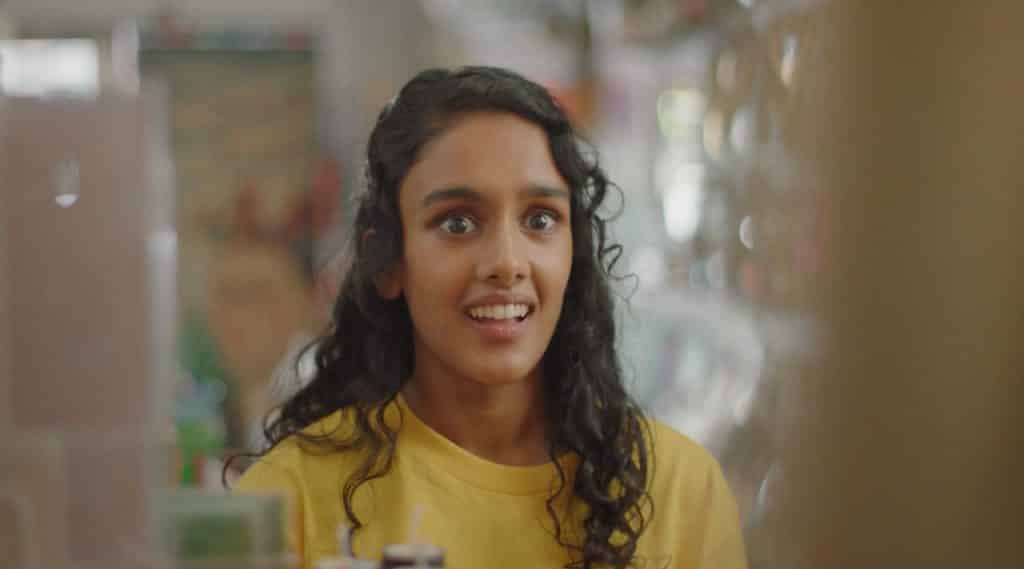 Crush is the story of Lizzy, who’s obsessed with novelty candles. But the truth is her “burning” desire isn’t just for candles, it’s for the girl selling them. The story follows her as the question remains: will she work up the courage to ask her out or will she just buy out the whole store?

(Note that this year’s TSI is ‘candle’).

You can’t miss the fact that the protagonist is from an ethnic background and queer. But Leela is quick to clarify that her story isn’t about “being queer” or “ethnically diverse”, rather it’s just a love story. She did, however, in a subtle way want to challenge stereotypes. “We make assumptions and generalisations – like a person from an ethnically diverse background doesn’t generally play the lead, or that a gay person is supposed to look a certain way. With Crush, I wanted to thrash those stereotypes out.”

But for Leela, whose father is Indian and mum Lebanese, it wasn’t easy to go through with the film, not at first at any rate. “I thought about going with a boy and girl story first, even though the original idea involved two girls,” she reveals. “I think I was scared. Add to that the fact that I come from a multicultural background. Even when this interview with Indian Link was scheduled, I wondered, ‘Hm…is an Indian newspaper going to be willing to write about a film about queer people? Is an Indian audience going to be okay reading it?’” she laughed.

Eventually, she says, the film felt unauthentic and she decided to stick to the original idea. “It just wouldn’t have had the same impact,” she says, “more so because of the ending which I obviously can’t give away right now. When you see the film, you’ll get it.”

Stills from Crush
1 of 4

As for her parents’ reaction to the film, Leela laughs yet again. “You know, I think they didn’t actually get it. But that’s okay.

They’re very proud of me, but dad didn’t even know what Tropfest was. Having said that, Crush really isn’t a film for parents, it’s made for a younger demographic. And that’s okay.”

And for her target audience, Leela had hoped the film “makes them laugh”, which it did. “I’m not trying to make some ground-breaking political statement. I am just trying to surprise people. That it might make them think about other issues is a bonus.”

To celebrate Tropfest 2019, the world’s largest short film festival, watch Tropfest All Access – LIVE from Facebook’s Sydney Studio!Have a chance to win a trip to New York while watching all the finalist films from this year, get interactive with host Maude Garrett and hear from famous Aussies like Eric Bana, Adam Spencer, Marta Dusseldorp, Jessica McNamee, and film alumni Nash Edgerton, David Michod, Spencer Susser and many more.If you love short films, catch up on 27 years of Tropfest Finalists with over 400+ films rolling out exclusively on Facebook Watch: https://www.facebook.com/pg/tropfest/videos/

Posted by Tropfest on Saturday, February 9, 2019

Leela, who’s already scored a funding for a new web series pilot starting this year, says mediums like web series and short films are perfect for the new generation. “Viewers today have shorter attention spans. They want something snippy, engaging and easy to watch. It’s why new platforms like these are so popular now. Bear in mind, though, that you can tell a lot in seven minutes.”

A second later, she adds with a smile, “And of course, it doesn’t cost as much as a feature film!”