One in seven people in the world suffer from some kind of phobia, so rest easy – you are not alone 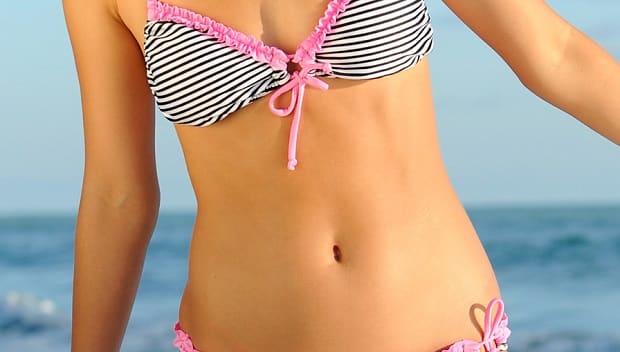 Take a look around you, do you know seven people? Psst…. guess what? One of them is a phobic!

A phobia is an irrational fear and anxiety disorder in which a person experiences persistent dread of a situation, creature, place or thing. Sufferers go to extreme measures to steer clear of triggers and if confronted with it, they can break out in cold sweat, experience shortness of breath, chest constriction, nausea and shivers. To date there are 530 types of documented phobias and about 1 in 7 of us suffer from one.

Some phobias are fairly common, like claustrophobia (fear of confined spaces); arachnophobia (fear of spiders); and acrophobia (fear of heights). And then there are some that elicit a dropped-jaw, wide-eyed, stop-in-your-tracks reaction. We’ve waded through pools of research to pick what we believe are the strangest of paranoias. Tighten your seatbelt and whizz through our list of top ten weirdest phobias.

10. Cathisophobia: Fear of sitting down

Sit tight for this one, cathisophobia is a rare psychological disorder that sends the sufferer in panic mode at the thought of sitting down. Haemorrhoids, physical abuse and punishment by being forced to sit on sharp objects are considered possible reasons for developing this irrational fear. Some cathisophobics only experience symptoms of anxiety at the thought of sitting down in the presence of celebrities and elites.

The three blind mice very likely chased the farmer’s wife to this. Zemmiphobia is a little known anxiety disorder, defined by a morbid fear of the mole rat. As suggested by the name, the mole rat is a kind of rat behaving like a mole. It is devoid of hair, has small beady eyes, sharp teeth and is blind. An unfortunate experience with rats or moles could lead to zemmiphobia, or it could be bought on by the somewhat off-putting naked appearance of the creature.

We thought this one must be hard to live with, literally! How would you survive if you started hyperventilating at the sight of food? To our relief geumophobia or geumatophobia is an exaggerated and unreal fear of taste which can bring a panic attack on the sufferer at the idea of tasting something new or something with a specific flavour like sour, bitter, salty or even sweet. Traumatic experience of being forced to taste something horrible as a form of torture, could be a possible cause of this phobia.

7. Dextrophobia: Fear of objects on the right side of the body

No kidding, this is an obsessive-compulsive personality phobia, with its very own twin levophobia, or fear of objects on the left side of the body. A person suffering from dextrophobia is obsessed with maintaining order on the right side of the body. Like needing things to be just so on their workstation or bedside table. Chaos or lack of organisation of things on the right can bring on a full-blown panic attack with chest constriction, gulping for breath and crying.

This has to be the mother of all phobias. Phobophobia is generally thought to take root in people already suffering from some phobia. Having experienced a panic or anxiety attack as a result of that, leads them to start fearing the symptoms brought about by a phobia hence resulting in phobophobia, the fear of developing or experiencing a phobia.

Pick your jaw up if it just dropped and believe it, omphalophobia is a recognised condition in which a person suffers great distress at the sight of belly buttons. Beaches and pools are no-go zones for them. They cannot bear the sight of someone else’s belly button being touched, let alone their own. Some go to great lengths to protect their navel by covering it with plaster and never wandering near it during showers.

An epistemophobe just doesn’t wanna know! That’s a pretty accurate description for this unusual fear of knowledge. People with this phobia will do anything to remain in the dark. They shun books, newspapers and even television. The phobia could have been bought on by learning about things that caused problems for the sufferer, and the overwhelming feeling that not knowing would have been better.

3. Clinophobia: Fear of going to bed

This abnormal and persistent fear of going to bed and sleeping could stem from worrying about having nightmares or a problem controlling bedwetting. Clinophobia can develop into insomnia which can be greatly detrimental to a person’s health.

By the hair of your chinny chin chin, if your jaw is not absolutely perfect a geniophobe will not let you in. People with this phobia are obsessed with other peoples’ chins especially imperfect ones. They avoid interacting with people who they consider have hideous chins and in extreme cases become introvert because of it.

This, we felt, had to top the list of the weird and unusual phobias out there. After all who doesn’t like hearing good news? Well, people with euphobia don’t. Instead of feeling elated at hearing good news, they feel anxious and start panicking. They thrive in the negative and enjoy chaos around them. Possible reasons for developing euphobia could be persistent disappointment after hearing good news that didn’t turn out to be true.

Ask Auntyji: Packing on the pounds and fending off felines