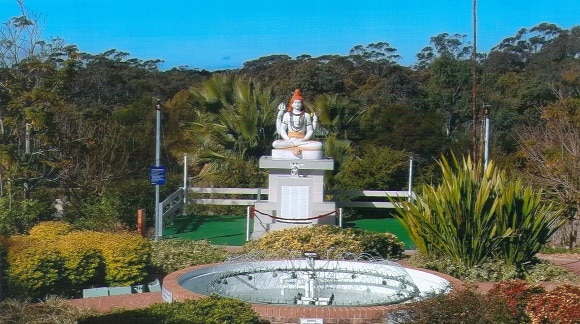 The Mukti Gupteshwar Mandir community will be disappointed by the latest council ruling that three major Hindu festivals will not be permitted to be celebrated at the premises.

Campbelltown City Council has ruled that Mahashivaratri, Hanuman Jayanti and Navratri festivals cannot be officially marked by the temple community at its current site at 203 Eagleview Road, Minto on the grounds that it would be an “inappropriate development for the area” and would likely have “a detrimental effect on the quality and character of the locality” as outlined under the Environmental Planning and Assessment Act (1979) and the Campbelltown Local Environmental Plan (2002).

Minto Hindu Society president Prem Misra applied to Council to use the premises for “heritage and cultural tour exhibitions” and “the holding of cultural festivals”.

Speaking about the ruling, Misra told Indian Link, “I will be taking the matter to the Land and Environment Court.”

The $5 million Mukti Gupteshwar Temple at Minto, in Sydney’s western suburbs, is of specific significance to Shiva worshippers the world over. What makes it rare to pilgrims is that it houses a sacred Hindu icon, the 13th Jyotirlinga, donated by the Nepalese royal family. A steady stream of visiting dignitaries make it a compulsory stopover when in the southern hemisphere.

Campbelltown Council sat on Tuesday 19 May and the recommendation as per a Committee report, to deny the application, was carried.

One was for use of the site for “Heritage and cultural tour exhibitions of the underground facility at the premises and the house of the sacred icon, the 13th Jyothirlinga.” (This entailed weekly tours of a maximum of 25 attendees on weekends and 15 attendees on weekdays).

The second part of the application sought consent for larger scale cultural events (festivals) to be held annually, specifically pertaining to the three festivals as listed above, catering to a maximum number of 200 attendees.

Council’s final decision was to deny both requests, and “refuse consent for the use of the site for heritage and cultural tours, exhibitions and the holding of cultural festivals”.

Investigating further, it came to light that the original development application for the site was approved for use as a dwelling, rather than place of religious worship. Mishra’s views are that it was also approved as a place of meditation, prayer and recreation.

Council further states that its Compliance Services unit is “engaged in on-going action in respect of the subject site”.

“This is strange as since at least 2008 Campbelltown Council has referred to this location as a temple in various official publications and has promoted the site as a tourist attraction in the local area,” Mishra revealed.

“In fact, many politicians – local, state and federal –  have also accepted invitations to preside over functions on the temple premises, so it appears it has always been known that the property is used as a temple and hosts regular religious events,” he added.

The original report by Acting Manager Development Services to Council outlined: “Proposed heritage and cultural tour exhibitions at the premises are able to be undertaken in a manner that does not have a detrimental effect upon surrounding properties and the broader locality, given (that they) would be unlikely to generate… noise, and, the site has sufficient on-site car parking (25 spaces) to cater for the proposed number of people that would attend the tours (15-25 people).”

However, the report took issue with the proposed festivals, given, “The noise associated with festivities involving 200 people (voices of attendees, live and recorded music, sound amplification) would be audible from surrounding properties and highly likely to cause nuisance. This type of land use would not be consistent with the rural character of the locality.

The site only has car parking capacity for 25 vehicles, which is insufficient to cater for the 200 people that would attend the proposed festivals. The resulting roadside parking of over a hundred vehicles that would be necessitated by the site’s limited car parking capacity would not be consistent with the rural character of the locality.”

The report added, “In recent years, the subject site has been used for festivals and other activities involving large numbers of people, without development consent.” It went on to list complaints from local residents in regard to noise pollution and car parking.

The reported suggested, “the subject site is unable to accommodate festivals without having a detrimental effect upon surrounding properties and the broader locality.”

However in its final decision, Council denied both elements of the application.

Misra believes the objections are not valid.

“We don’t use drums or loudspeakers,” he said. “And in any case, the blocks on the street are all five-acre blocks, so noise should not carry. As for parking, while we have a small number of paved parking spaces, we can easily accommodate 150-180 cars informally parked such as on our lawns and normal off- road parking”.

Misra admits that some years ago there was an incident when car parking caused an issue during the Nepali Teej festival for women, and police were called. Council had then advised that permission must be sought formally for large scale events.

“That is exactly what we did,” Misra said. “We have put in the application, and it has taken Council all this while to consider it.”

The Council ruling is “simply not fair”, he reiterated, and suggested that other factors such as racism might be at play in the decision.

Indian community leader Raj Datta has taken the lead in campaigning on behalf of the temple for Council to reconsider.

“The fact is these celebrations have been taking place for 10 to 15 years,” Datta told Indian Link.

“I find it hard to believe that the temple causes any noise pollution at all. There is no loud music and they do not play drums as far as I know. They play music only inside the temple. Perhaps the Council can consider approval of parking on the grass covered lawn surroundings inside the temple compound. Maybe they can ask the temple to engage volunteers to aid parking on special occasions.”

He added, “The temple was built when the surrounding areas were totally empty. Over the years some buildings have been built around the area and it seems some residents took advantage of the relatively cheaper land and now suddenly after years, are trying to complain about the temple that had existed much before they got there. It is like buying a property at a cheaper price next to the airport and then complaining about the noise from the planes.” 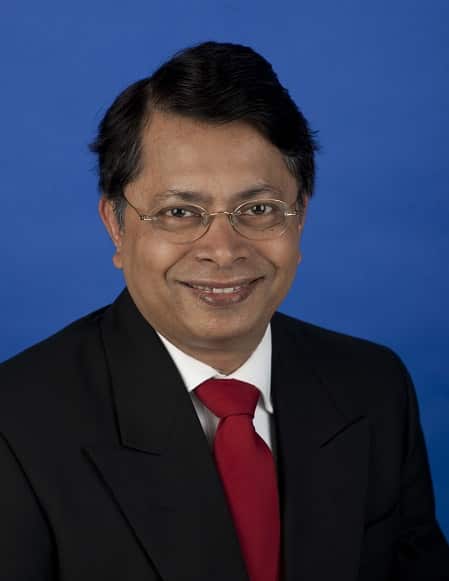 Regarding Misra’s considerations to take the matter to environmental court, Datta’s only comment was, “Perhaps the court will take a broader view than Council.”

Yet his opinion is that Council must be proactive in seeking ways to help the temple to comply. “It is really unfortunate that it has come to this. Council must be open-minded and responsible about looking after citizens. This temple has made enormous contributions in the region, promoting social harmony and multiculturalism.  We need to nurture more of these institutions that promote mutual respect and social integration, particularly at this time when religious divides are surfacing with increasing regularity. Hindus promote universal brotherhood and social harmony, and should be respected for that. I would (urge) council to help the temple become fully compliant, and rectify this situation immediately.”

Other Hindu temples in Sydney have faced similar complaints by local residents and councils. But happily, all issues have been successfully resolved.

Community stalwart Harshad Desai told Indian Link of the very same complaints raised by the local community in which Auburn’s Sri Mandir is based.

The oldest Hindu temple in Australia, Sri Mandir had sought to make renovations to its structure in the early 2000s when complaints were made regarding excessive noise and parking problems. Desai, who was then on the temple committee said, “It took seven to eight months of negotiation until Council ruled in favour of Sri Mandir.”

In the spirit of multiculturalism, it is hoped that the Mukti Gupteshwar Mandir and Campbelltown Council can find a way to resolve their differences in order to find a solution that is agreeable to all parties.