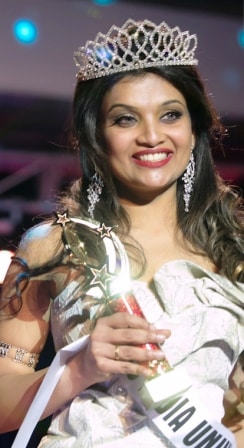 Fuelled by ethnic pride in their Indian roots and fired up by Western sensibilities, the contestants at the recently held Miss/Mrs India quest had everything going for them, and they knew it! Confidence was at a high as the participants sashayed and swirled on stage in gowns and sarees, with no sight or need of revealing swimsuits. The emphasis was on beauty, brains and talent, not on body measurements. Curvaceous was the buzzword with no stringent requirements of height or weight. It was a beauty pageant held to celebrate Indian women, not to conform to global standards. Complementing the women were a handful of men who went on to contest for the title of Mr Melbourne. 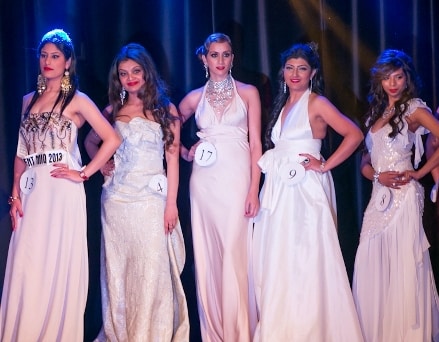 Chips were already stacked in the favour of Rashi Kapoor and Puneet Gulati, who won the coveted title of Miss India Global and Mr Melbourne respectively. Both stood out for their talent, confidence and ability to interact with the audience and judges without saying a word. When provided with an opportunity to voice their thoughts, they did not disappoint there either. Other notable performances were from young Dhananjay Kapoor who escorted the ladies on stage in style, and then went on to compete with aplomb against men much older than him. Noticeable among the men was Vikram Jeet Dhunna, while among the ladies, slim and stately Bindy Rayat was definitely model material, and talented Aditi Sachdeva was strikingly unconventional.

What the audience saw at Thornbury Theatre on the final evening was the culmination of weeks of rehearsals – photo shoots, grooming sessions and the inevitable angst. Many titles like Congeniality, Photogenic, Catwalk, Glamour, Resort Wear Queen, among others were presented in-between the rounds. A panel of judges was invited to score the finalists in a quest for the best. Among the judges were writer and filmmaker Sandeep Raj, Mrs Savita Sonia from SBS Hindi, Mrs Manpreet Singh from SBS Punjabi, Priyanka Dewan – Mrs Intelligent Universe and Mrs India Universe 2012, Deepti Sharma – Ms India Earth and Ms Earth International 2012, Mrs Krishna Arora OAM and Mrs Preeti Jabbal from Indian Link. The final word was from the Director of Ms India Quest Anamika Srivastava, and her husband who also doubled up as the Master of Ceremony for the evening.

In a deviation from the norm, the questions asked at the contest were not provided by all the judges, however, they were a decent mix of the trite, tested, humorous and thought-provoking. Some did pose a challenge to the contestants, while others added entertainment value. The rounds that followed the personality segment showcased traditional wear, western wear and some very glamorous gowns. After much deliberations and some delay, the winners were finally announced. Among the main winners was Miss Sonia Cheema, 1st runner up of the Miss India Category who will be representing India at the Miss International pageant at Minnesota. Mrs Sharu Suvarna who won the Mrs Category will be representing India in the Mrs Universe pageant in Aruba, South America. The 1st runner up in the Mrs Category was Divya Bakshi, and in the Mr Melbourne category was Param Grewal.

Towards the end of a very long drawn out evening, an emotional Anamika Srivastava revisited her own days as finalist of the Mrs India Quest in 2011, while addressing and encouraging the participants. She also scripted a rather lengthy play that was part of the entertainment for the night. Her list of people to thank included the Australasian Centre for Human Rights and Health (ACHRH) as a gold sponsor, Dr Manjula O’Connor, SWC Security, E-Aussie, Smaya Ready to Wear, Karismatik Beauty, Leiela, George, Gautam Garg, Intimo, Pankaj Roy, Mowgli Restaurant, Jamee Lighting and RTR Productions, all of whom according to her, had supported MIQ tremendously. The evening ended amidst congratulatory handshakes, back-slapping and hugs from friends and family who had waited patiently through the whole event. As is the case with pageants there were plenty of surprises and some disappointments, but lots to cheer.