Home Humour I have discovered my friend has bigoted views

Dear Auntyji
I have a friend who has lived here for most of his life. Recently, after the events that happened in Sydney with the siege at Lindt cafe, he said something that shocked me and I could not believe that after all this time, my friend actually thinks like this. I fail to understand how I could have missed all this and that my friend Vishal actually has outdated, insular, bigoted thinking. After the event in Sydney, Vishal essentially called all ‘Muslims’ terrorists. He went on a rant and blamed Muslims for religious problems. Now strangely Auntyji, Vishal and I have a number of Muslim friends in common, and Vishal comes from Delhi where he has many Muslim fiends. So his outburst was so weird, I totally freaked out! I did not say much during his rant, because I was so surprised. But my other friend Nishant was there too, and did not say much to Vishal. At any other time, we would have vociferously argued with Vishal, but Nishant and I were too shocked by this outburst to say anything. Now that we have discovered that Vishal is essentially a bigot, neither Nishant nor I know how to deal with this. Nishant says that we must say nothing, and if Vishal really feels this way, we can’t change him. I, on the other hand, am eager to understand where this outburst came from. What should I do Auntyji? Should I talk to Vishal about this, or should I leave him alone? For the record Auntyji, I am not a bigot, nor do I have any racist views. I think people have good and bad in them and circumstances and environment shape their taking. But Vishal has totally flummoxed me and I am still reeling after his outburst. I can’t also forget all the things I heard him say and pretend that it never happened. I want to know why he said those things. Fortunately, Vishal considers me his best friend, so will be happy to discuss this with me again. Should I bring up this subject, or should I let sleeping dogs lie, Auntyji?

The only way to understand someone is to delve into his mind by talking to him, and getting him to reveal his deepest thoughts. This is your only hope with Vishal. I too would be intrigued to find out why someone who has Muslim friends and who has lived here for so long would have such backward thoughts. Perhaps he had bad experiences, perhaps he has bought into the popular bigoted thinking of assuming all Muslims are terrorists. The only way to find out for sure is to encourage conversation on the topic in the first place. Of course, it would help if you did not judge him for his thinking, but seek to understand why he feels that way in the first place. Listen to him, ask questions, but don’t judge. Only when Vishal reveals the basis of his understanding can you then try to guide him to better understand how his position is not viable, nor intelligent. As a friend, you have a duty to understand your friends better, and to guide them to openness and tolerance. I disagree with Nishant’s position – when one comes across bigotry, one has a duty to address it. Saying nothing is not going to make the situation better. You owe it to your friendship to address this issue. Let me know how it goes.

Dear Auntyji
I recently had an experience and wanted to get your take on it. You always offer such good and solid advice, I am hoping that perhaps you will help me understand this also. Some weeks back, I was at my brother’s party, and I started video recording my little nephew. He is really cute and adorable and I love playing with him. Anyway, a week later, I was watching the recording and a few seconds into the five-minute footage, I realised that there was a voice in the background, which I had not even noticed at that time. This voice was of my other brother’s girlfriend of a year, and she was telling one of my friends that she was being pursued by someone at her work, and she was considering leaving my brother. Now Auntyji, I know my brother is completely in love with this girl, and it will break his heart. But, I don’t want to interfere in their relationship. What’s worse is that my brother is planning a surprise holiday with Natasha and all this will be wasted if I don’t say anything. What should I do Auntyji? Shall I tell my brother about the recording? Or should I say nothing and let fate play its cards? I look forward to your advice. 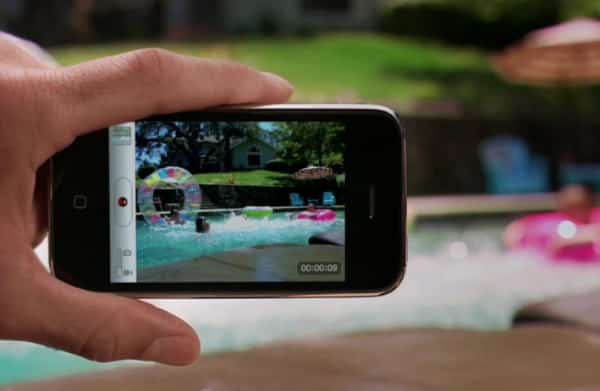 Oh yes, everyone having a phone that records is such a good thing, nah? You can gather evidence so quickly. Never again does one need to remember anything because one can just recall everything after having recorded it. So, what to do in your situation? Well, the news is not good. Your poor, innocent brother is going to have his heart broken, one way or another. I would call Natasha, and show her the footage. Ask her to explain herself. As a good behen, you have every right to defend your brother’s interests. Besides, assuming you have been tying rakhi on his wrist forever, this is your chance to prove your loyalty. Ask Natasha for an explanation after showing her the footage. Then ask her what she intends to do. Of course, sometimes, people say things and don’t mean, so she could have very well just been sharing her thoughts with her friend. But the fact is that you are now aware of her intentions, and you do have a duty to look after your brother’s interests and well-being. Then see what Natasha says. If she says that she was having an indecisive moment, but has now realised the folly of her thinking, then you will need to accept this and leave it alone. If she says she will breakup with your brother, then there is nothing you can do. But, if it were you, and someone you loved was talking about breaking up with you, wouldn’t you rather know? Or would you prefer to bury your head in the sand and not know anything? So I suggest you have a coffee with Natasha and show her the footage, before your brother books an expensive holiday with her where he will probably propose to her and she will become your bhabhi. Remember, shubh kaam me der nahi honi chahiye.

Could the "selfie" narcissists please stand up!