I finally learnt to play the Garba and Dandiya in my 20s.

It is always “playing” the Garba, if correctly translated from the Gujarati. You don’t ‘do’ the Garba as some Hindi speakers say, and you definitely don’t ‘dance’ the Garba, even though that’s what it looks like. 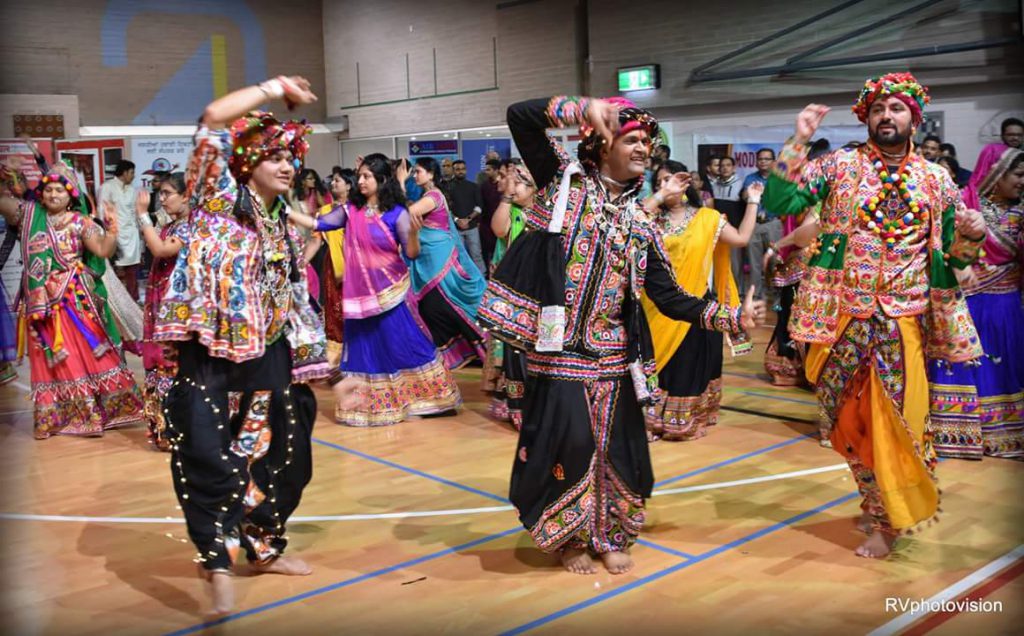 So it is like a game – you play it! That’s why it is so much fun. You whirl around imitating others around you, and then you start adding your own flourishes, wrist flicks or arm waves. Waists and hips can sway a little differently, you can add a pirouette or a half turn and even experiment with jumps and leaps. All among a few hundred people who may all be strangers!

There is something very unique about the Gujarati grace at the Garba. I watched it on a couple of occasions as a teenager but felt I had two left bodies when I tried to join in. And then, in a small encouraging community where there were many non-Gujaratis and they wanted everyone to join in, I was shown how to do it. With only one or two singers and a dhol for accompaniment, we danced every night of the nine nights of Navratri. Until we could dance no more. Soles blistered but the Soul was exhilarated…. There is definitely something mesmerisingly uplifting about the Garba that makes the spirit soar. 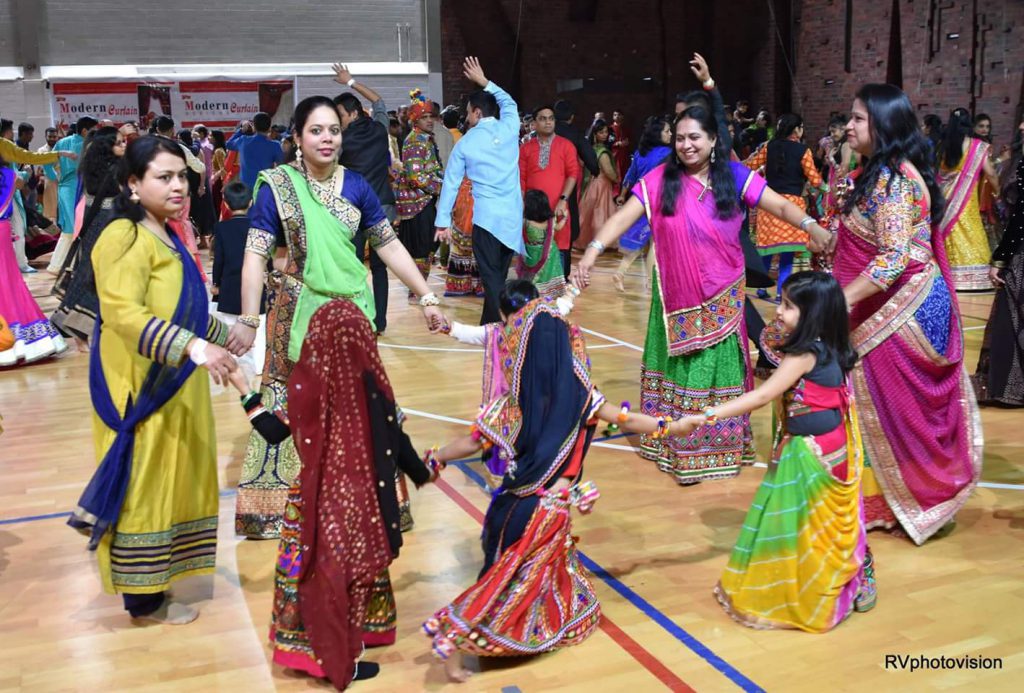 So, in my 30s when I came to Adelaide and made a few Gujarati friends, I looked forward to Navratri, the festival of the nine nights. Now don’t get me wrong, I grew up having great fun during the Janmashtami and Ganesh festivals often for more than

9 days and nights. So festive fun was not something new. However hundreds of people dancing together, sorry playing together… makes it a different kind of game altogether.

But in Adelaide, it was disappointing because we could only play the Garba one or two nights. Not all nine. What’s this? Weekend Garba? When the Goddess had been waiting to play with me all year?! 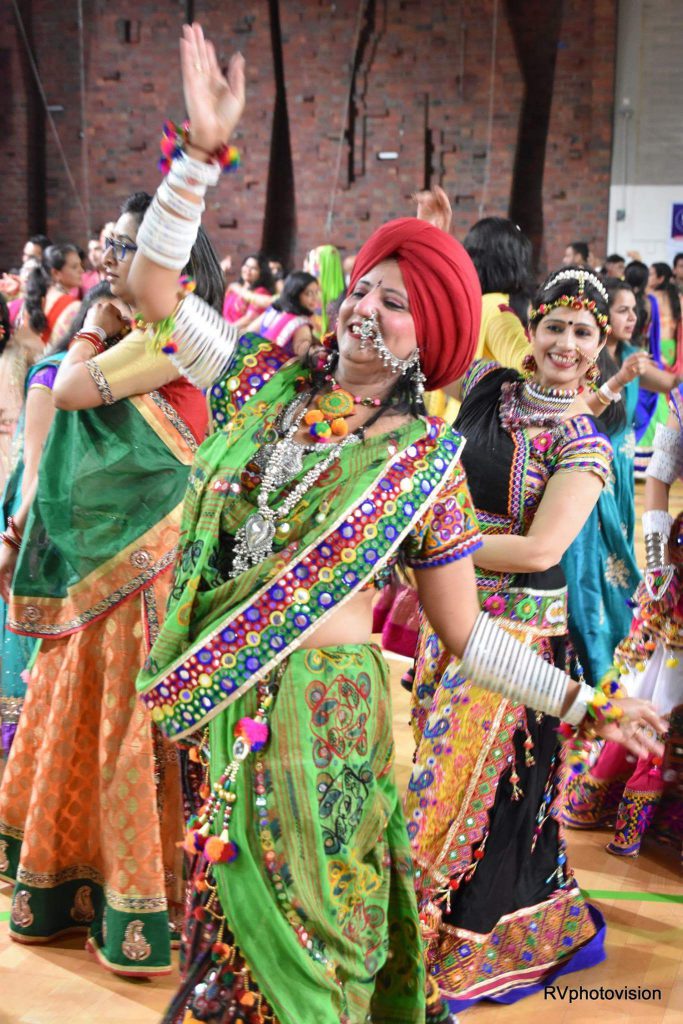 A couple of nights on the weekend, Adelaide would organise the Garba. Live singing by local community members brought the fervour and devotion in. Old and young joined in, and the close community feel kept me going back. Me, a non-Gujarati was always welcome (those I didn’t know started recognising me the next year) and I made new friends. It was the one Garba for many years until someone else decided to organise another one… and another one… and another, as the Gujarati population increased. Overseas artistes began to be invited. But always on the weekend.

So we needed more weekends!! Yes, we just needed more weekends. Now instead of ‘Nav Ratri’, we probably should call it ‘Nav Saptahaant Ratri’ (yes, that’s what weekends are called). And so that’s what we have now. Overseas artistes singing for Garba nights weeks before the actual Navratri. It is great! Did I say I was disappointed? Not anymore. Now I can dance with my Goddess every weekend. Before Ganesh comes down, before even Krishna does the Raas Garba with his gopis, my Maa and me, we are playing our Garba. 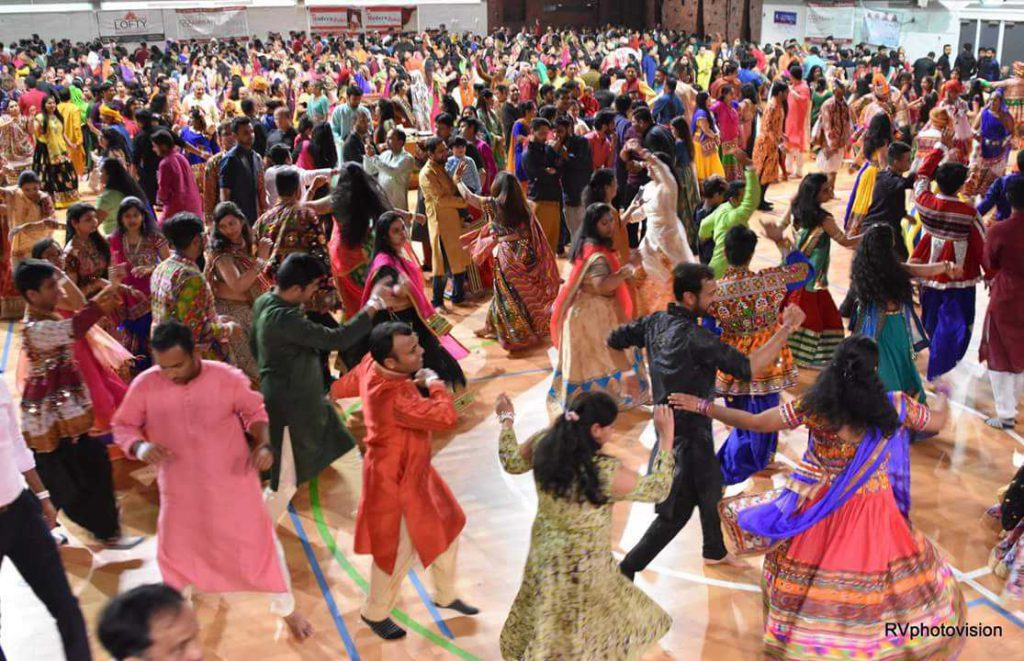 Garbh literally means womb. The object of worship is an earthern pot with a lamp inside or a pot with a coconut on top, the kumbh, both signifying new life. Placing it in the centre (as opposed to one end as most often deities are) also signifies the Mother Goddess as the centre around which everything revolves.

You don’t have to have any great spiritual revelations about how She is the centre of the universe or how it is all about Her. The Goddess is there, with stories of Her destroying evil, emerging victorious during Navratri and Vijaya Dashami, also tales of granting victory to those who pray to her especially during these 10 days. Lots and lots of stories from different parts of India that worship Her in many different forms and names.

But tonight she is here as a Mother – who creates, nourishes, protects and destroys. You go round and round, almost hypnotised by that whirlpool of power in the Centre. It is the centre of your universe now as you whirl around it.

You are one with the universe – like a planet orbiting around, with rotations and revolutions, reflecting Her light and music, Her movement and grace…

It is almost trance-like, this state as you whirl around, as you play with Her. Or is She playing with you?