Moviegoers and aspiring filmmakers will enjoy a range of cinematic treats and activities during the film festival, reports PREETI JABBAL 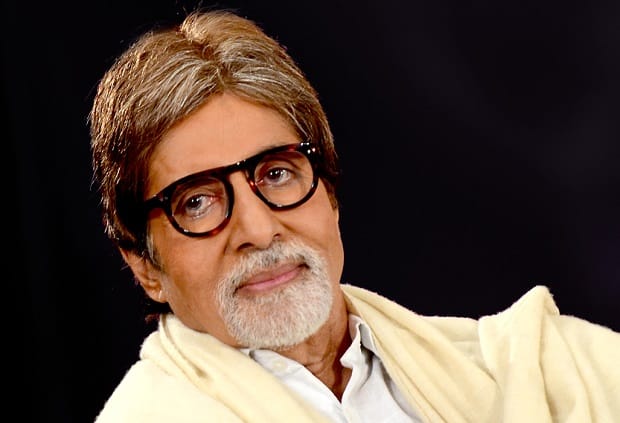 The Indian Film Festival of Melbourne (IFFM) is not only Vidya Balan’s favourite event (as she herself admits), over the last three years it has created much interest in the community as it has continued to evolve and grow. The latest announcement of Amitabh Bachchan’s participation has offered another new dimension to this festival that is likely to attract lovers of Indian cinema like never before. According to Louise Asher, Minister for Innovation, Tourism and Major Events, and Employment: “Victorians and all visitors to Melbourne are in for a treat of Indian films this year. We have a stellar international guest list starring Bollywood screen legend Amitabh Bachchan who will open the festival on May 1. It will be an honour to have Amitabh Bachchan here, just a year after he opened the Cannes Film Festival with his The Great Gatsby co-star Leonardo DiCaprio”.

After the disappointment of last year where Amitabh Bachchan did not attend the festival despite being announced as a guest, the news of his expected arrival this year was received with predictable speculation. “Yes, Big B is definitely coming to the Festival in Melbourne”, confirmed a beaming Vidya Balan, speaking at the formal launch of the festival recently. Vidya was in Melbourne at the IFFM, as the festival’s brand ambassador. “He could not say ‘no’ to me as I played his mom in a film called Pa”, she added jokingly.

“We now have confirmation from Mr Bachchan’s office”, assured Mitu Bhowmick Lange, the festival’s director. “Having Vidya as our brand ambassador has opened doors for us and her name and association with our festival makes it easier for us to gain access and get support”, she added, whilst introducing the 2014 festival program.

Vidya was at her charming, effervescent best at the morning tea and subsequent press launch that was held at the ANZ Investment Centre. The media seemed particularly interested in her marriage and pregnancy as most of the questions at the press launch bordered around her latest film Shadi ke Side Effects, or sought to make comparisons with her marriage to UTV head honcho Siddharth Roy Kapoor (Managing Director of The Walt Disney Company India).  Media savvy Vidya took all the questions in her stride and answered them with remarkable ease and quick wit.

“No, I am not pregnant”, emphasized Vidya for the record adding, “I am planning on a two month break mainly to rejuvenate before I start promoting my next movie, Bobby Jasoos”.  In response to how realistic she found Shadi ke Side Effects as a story and how she managed both her career and marriage Vidya said,  “The movie Shadi Ke Side Effects seems to have found resonance with most people, even though I did not find any parallels in the story with my own marriage”.  Vidya claimed to be equally passionate about her work and her relationship with her husband SRK. “We lead very hectic lives so there is joy in doing little things with each other and in sharing things like travelling and reading, among others. So I feel that we are still in the honeymoon phase of our relationship even though it has been over a year since we got married”, said Vidya.

Extending a warm welcome to those present at the press launch Vidya said, “Every year at the festival we like to push the envelope further and this year we intend to hold an awards ceremony where we would like to acknowledge the special work of Indian film makers and Indian talent. On May 2 we will be holding a special awards ceremony at the Princess Theatre here and you will be able to see many people from Indian cinema whose work you have enjoyed over the years”. Vidya continued to express her pleasure at being invited to be the brand ambassador of the IFFM three years in a row. “Melbourne has always been wonderful to me and I feel very much at home when I visit here for the festival every year. I am hoping to come back with my husband soon, as I am sure he will also enjoy visiting the city as much as I do”, she said.

Following Vidya’s brief address, the official program of the IFFM 2014 was distributed amongst those present. The program promises an exciting range of activities and events between May 1-11 that will celebrate the diversity and vibrancy of Indian cinema. This year’s program includes festival favourites like the Western Union Short Film Competition, Bollywood Dance Competition to be judged by Malaika Arora Khan, master-classes with renowned Indian artists and a new section called New Voices that will feature six films from first time film- makers in India. “The Victorian Government has funded and supported the IFFM as it wishes to engage with India at a cultural level, besides being friends in terms of trade and investment”, said Minister Asher. “This understanding and appreciation of Indian culture will benefit the relationship between our two countries”, she added.