Travel to India could resume from December

Vaccinated Indian-Australians can hope to travel to India from December 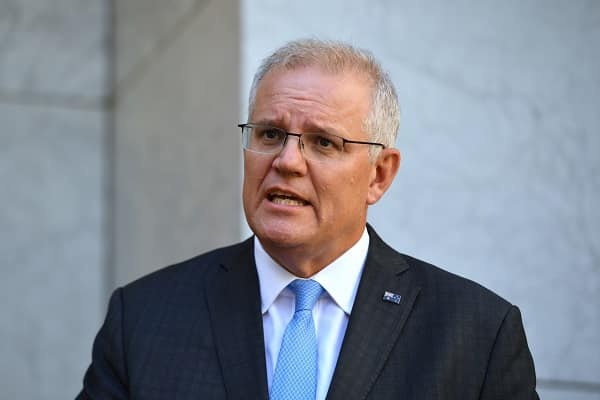 In a briefing to the Indian media, Prime Minister Scott Morrison confirmed the pathway for Indian-Australians to be able to travel to India – this could be as early as in 8 weeks’ time.

To a question from Indian Link’s Pawan Luthra, about allowing international travel of family and friends from India to Australia, the Prime Minister confirmed, “My intention is for Australian citizens, residents who are vaccinated in a state that has gone into Phase C, i.e. 80 per cent vaccination, that they will be able to, so you’ll be able to travel to India and return. And I hope to see that this year.”

He added, “I believe that’ll happen in NSW, for Australian residents and citizens who are vaccinated. And I’m working for that to happen this year in states where, who achieve those vaccination rates.”

He showed his exasperation at some states dragging their feet over vaccination rates and adopting a modified form of quarantine.

“Whether it will happen in Victoria or not, that will depend on what restrictions they’re going to impose on people. If they’re going to insist on hotel quarantine, well, that is not a scalable option. And those states will then be preventing Australians who are vaccinated actually going and seeing their family overseas and returning. The national plan provides for you to be able to, if you’re vaccinated, go and come back and have a modified form of quarantine. And the home quarantine trials that are underway now is the scalable, safe way of achieving that.”

He however ruled out non-Australian residents and citizens visiting Australia this year. “I think we have to work through the priorities of Australian residents and citizens, skilled migrants and students. I think they’re our priorities. And then next year, I think we’ll be able to move to (others). But we’ve just got to take this one step at a time.”

READ ALSO: I watched on Facetime as a stranger cremated my dad

Alex Hawke, Minister for Immigration, Citizenship, Migrant Services and Multicultural Affairs, also at the briefing, was asked about temporary visa holders who have run out of visas while still offshore. Acknowledging the challenges he promised announcements in the near future He did reassure that based on what the govt had done since the beginning of the pandemic, every visa announcement had sought to give people leniency and flexibility. He also acknowledged the contributions of the temporary graduate visa holders in Australia.

The Prime Minister’s media briefing was conducted virtually, as he was in quarantine after travelling to the United States. Besides bilateral meetings with US President Joe Biden, the trip was also an opportunity for a Quad Leaders’ Summit with Japanese PM Yoshihide Suga and Indian PM Narendra Modi.

The meeting of the Quad leaders comes at a time when the US seems to be reviewing its strategy of engagement in South-East Asia. Though not directly articulated, it is clear that the growing influence and strength of China figures deeply in the psyche of the Quad countries. Each of course has its own vantage points: India, as the only country with a long and at times disputed border with China, is concerned about its territory; Australia with has trade concerns.

But the PM Morrison reiterated at the briefing, “The Quad is about like-minded democracies coming together to demonstrate that such democracies and economies can deal with the world’s biggest challenges and make a positive difference, whether that be on our response to COVID, on ensuring the development and accessibility of new and critical technologies, climate change or indeed regional security issues.”

Though former Australian PM Paul Keating has questioned India’s commitment to the Quad, observers have pointed out India’s capacity and willingness in manufacturing 1.2 billion COVID-19 vaccines by the end of 2022 to help ASEAN countries, look at alternative supply chains to China for critical components, work more on cyber security including alternatives to the Chinese dominated 5G networks, and collaborate on the creation of a clean-hydrogen value chain.

Regarding bilateral discussions with the Indian Prime Minister, who he referred to several times by his first name, all he said was, “We agreed a number of initiatives and took forward to other matters that we’ve been working on for some time.”

Ending on a characteristic lighter note, Mr Morrison again spoke about his close friendship with Mr Modi, and about welcoming him to Australia at some time. The dinner menu for Narendra is somewhat sorted, the PM revealed: Scomosas of course for entrée, followed by a Kirribilli Dahl.

“For dessert, I’m open to suggestions.”