‘I watched on Facetime as a stranger cremated my Dad’ 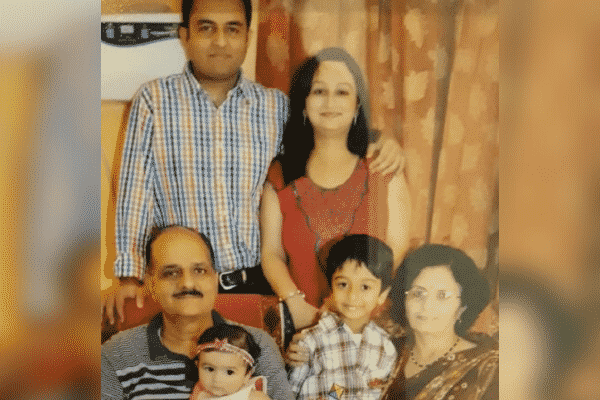 My application for travel exemption, rejected on two occasions, finally came through on the third attempt.

It was too late.

As I scurried to make travel arrangements, I received a note saying my exemption had been revoked, as India was in the grip of a second wave and it would be a criminal offence if I tried to get back into the country after leaving it.

Days later, I watched on Facetime as a random stranger cremated my Dad. I had to pay him, to perform the spiritual duty of a first-born, my spiritual duty and responsibility.

In February this year I asked to travel to India to care for my father, 71, who had had a heart attack. He lived alone with my mum, also 71, in Lucknow. As part of my application, I included hospital documentation, doctor’s notes, photographs, and sought travel on compassionate grounds.

I was told there were no compassionate grounds here.

At a loss to understand what is meant by ‘compassionate grounds’, I found there was no one to turn to. So I got on to the Facebook group Travel Exemption Australia. Reapply, was the advice I got.

I did, this time with documentation to prove that my parents lived by themselves, my younger brother a US citizen.

No compassionate grounds, I was told again.

When I applied a third time, Dad was back in hospital, this time with COVID. I attached the doctor’s note suggesting that the patient should be allowed to see his immediate family.

As I waited for the reply, I spent an entire day on the phone, trying to source that elusive oxygen cylinder. Found one – for an exorbitant price, needless to say.

Breathed a bit easier, until I was notified that I would not be able to travel.

Meanwhile, I read news of a man who was allowed to travel to India for his wedding, and get back into the country weeks later.

How was he granted permission, while I was refused?

Six days after being admitted to hospital, Dad left us, his lungs not able to support him anymore. I watched helplessly on video call as he took his last laboured breath. If only I could reach out and hold his hand, or kiss his forehead… or support my mum’s sagging shoulders as her world slipped from right under her feet.

It was with that same wretched helplessness that I bade my dear dad a final goodbye later that day, the flames carrying him away from us.

Performing the last rites for my brother and I, was a total stranger. A hospital attendant? A random passer-by? A good Samaritan? A daily wager eking out his living? We’ll never know.

But right now, I don’t have time to mourn.

I have to turn my attention to Mum, locked up alone at home at a time when our culture recommends that she be surrounded by family, friends, and neighbours. Grief shared is grief halved.

It was an absolutely callous delay by the government that has changed my family’s life forever. If my exemption had come through at the first go, I would have been beside my Dad through his illness. I would have identified the symptoms early on, and taken the necessary actions.

And if COVID would still have won, I would have been there, right beside him, holding my Mum as the final curtain fell.

READ ALSO: Where to donate for COVID relief in India

COVID-19 travel: a passage to India