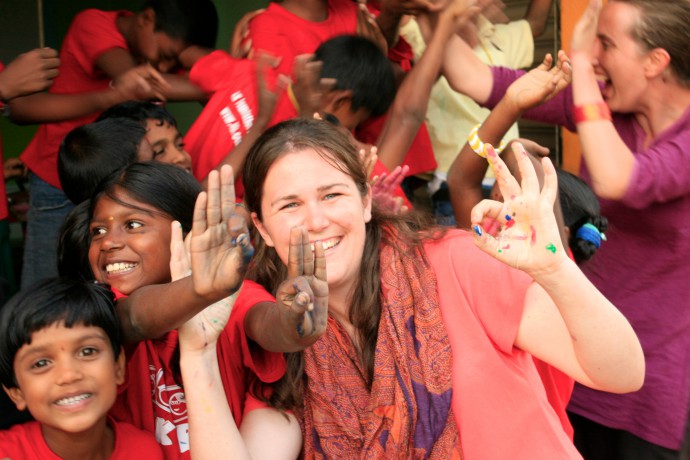 Minister Assisting the Prime Minister for Women and Head of the Australian Government Delegation to CSW59, Senator the Hon Michaelia Cash said the selection of the delegates was indicative of their commitment to the advancement of women.

“I congratulate Ms Abbott and Ms Osman on their extensive knowledge and experience that has led to their selection as Australia’s non-government delegates to CSW59,” Minister Cash said.

“CSW59 is an important opportunity for Australia to stand up for women all over the world.”

“The views of all Australian women should be reflected in the Government’s position on the issues being discussed which is why the inclusion of non-government delegates like Ms Abbott and Ms Osman is so appropriate.”

Kimberley Abbott, a professional in the male-dominated field of engineering, founded the organisation ‘Roka’ – an enterprise she developed to break the cycle of poverty in rural India by providing women with opportunities for economic empowerment as well as funding for skills training, literacy, numeracy and education for their children.

Maria Osman has spent 40 years working in the areas of gender equality, human rights, anti-racism, humanitarian programmes and community development. She has been awarded for her work with migrant communities in Western Australia including the Multicultural Community Service Award in 2007 and the National Living Legends Award in 2012.

“This year, CSW59 will focus on the 20-year global review of the Beijing Declaration and Platform for Action, including discussion on progress made and the challenges still being faced by governments in achieving gender equality,” Minister Cash said.

“This will be a significant meeting for discussions on gender equality – something we continue to strive for globally given the undeniable fact that too many women and girls still face human rights violations on a daily basis.

“I look forward to working with Ms Abbott and Ms Osman on Australia’s approach to the promotion and protection of the human rights of women and girls.”

40 Under 40 Most Influential Asian-Australians 2019: Indian links

Caring for our seniors