Last Friday, the world celebrated the 5th International Day of Yoga (IDY) with plenty of gusto and enthusiasm.

When we think about the origins of yoga, we envision sadhus and yogis on Himalayan peaks and in jungles, living an ascetic life. Fast forward to 2019, when chic studios are brimming with athleisure-clad, eco-mat carrying, kombucha-drinking fitness enthusiasts that have tried every trendy yoga class in the city! Yoga purists may look down upon these trends as ridiculousness, but hey, even the goofiest fad makes people put their phone aside and focus on stretching and breathing.

Closer to home, in Melbourne, yoga enthusiasts, novices and experts came together in massive numbers to celebrate this day of wellness this year. It wasn’t quite nude yoga, beer yoga or goat yoga, but plenty of eager folks were up and ready for the traditional yoga at the Art of Living Foundation, Victorian Parliament and in Keysborough.

At Art of Living Foundation 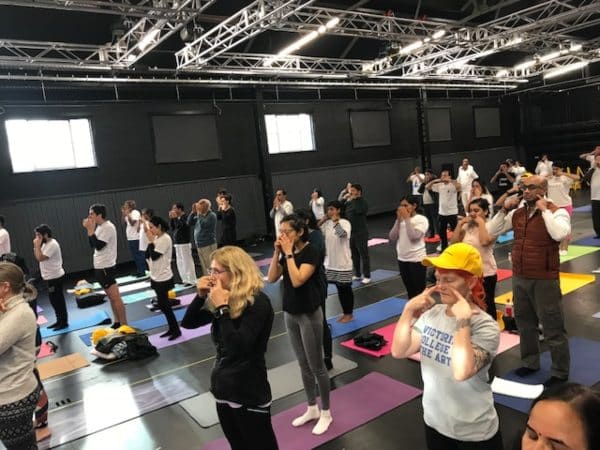 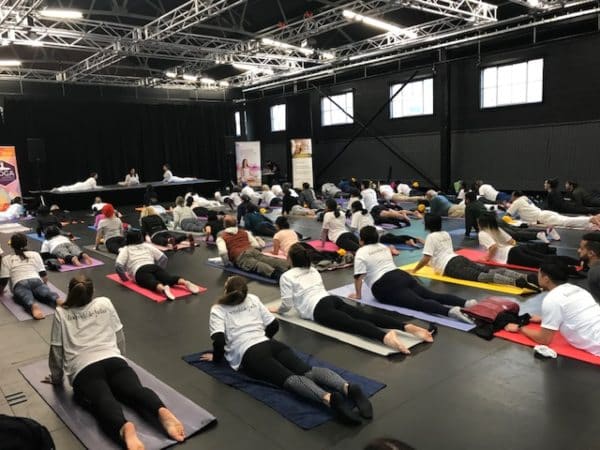 The International Day of Yoga event in the Victorian Parliament had the following message – Health is Your Birthright. 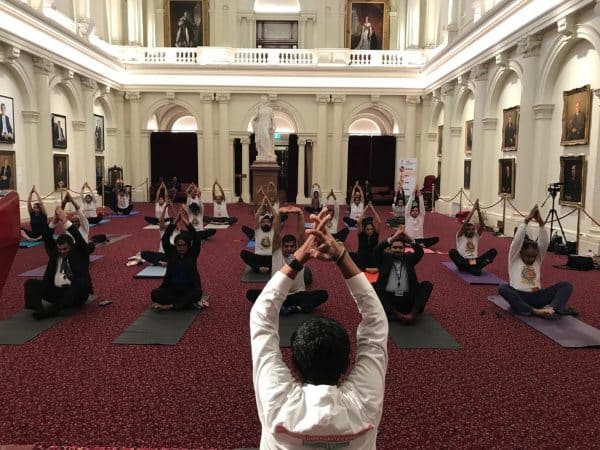 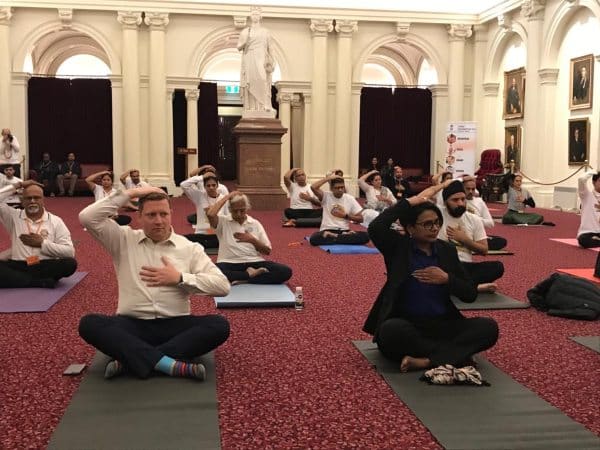 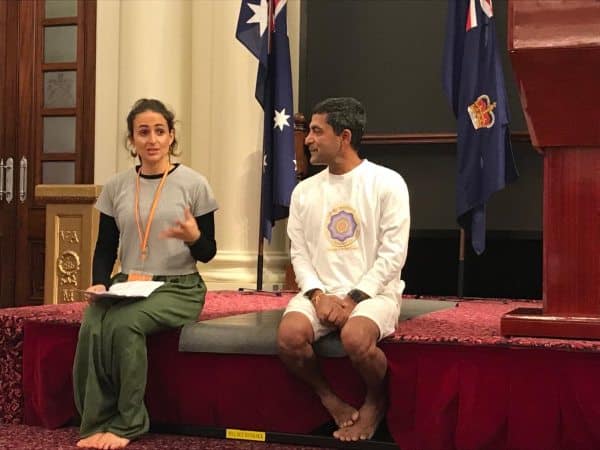 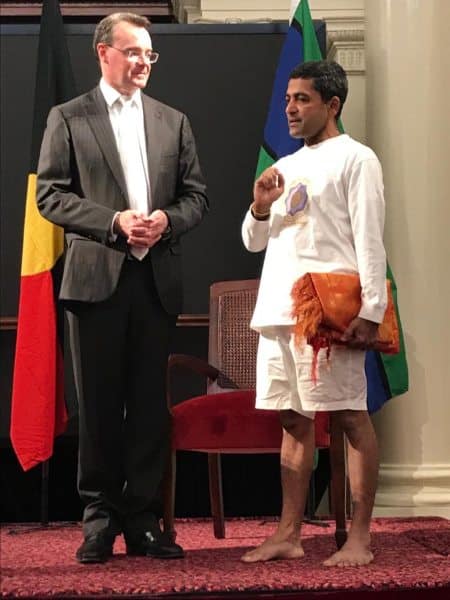 The 5th International Day of Yoga celebration in Keysborough, Melbourne, was conducted on 16 June 2019. The event turned out to be a great successful with an active participation of nearly 300 yoga enthusiasts, many of whom were children. 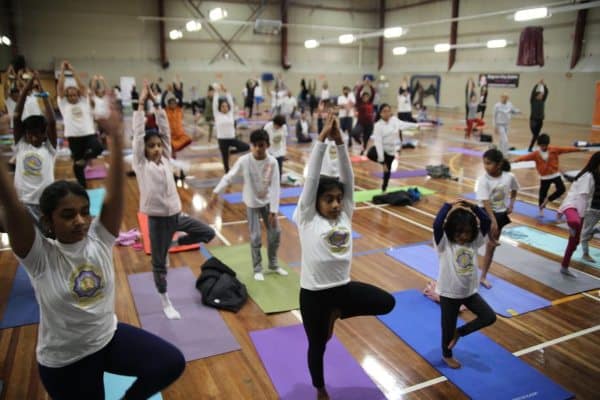 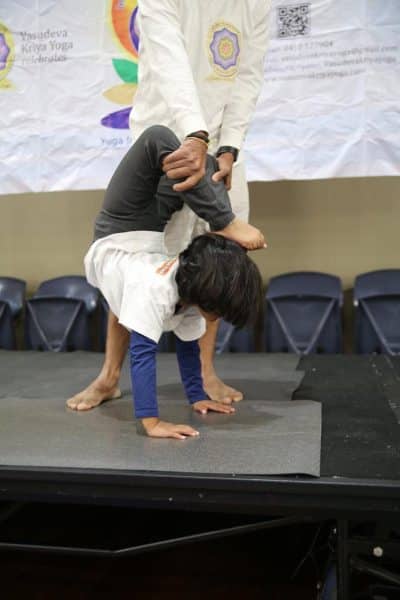 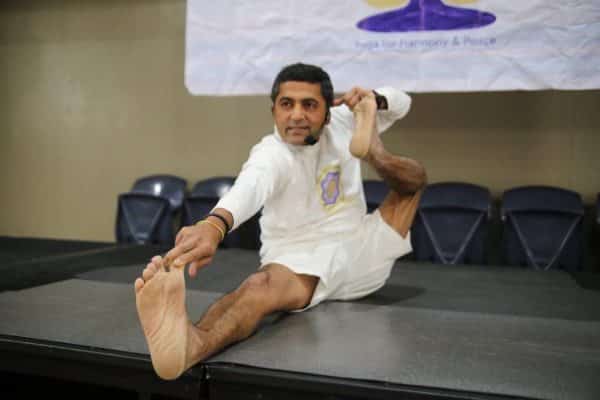 Doctor in the house

Breakfast with a twist