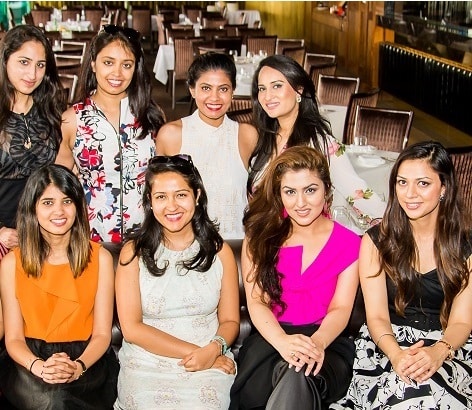 How do young Indian Australian women negotiate their particular mix of Indian and Australian values as they make their decisions about work, leisure, relationships and family? What do they want for themselves? What should their families and their partners (or potential partners), know about what drives them? Indian Link caught up with a bunch of twenty-something women to find out what goes on inside the minds of our community’s Gen Y females.

Annie Pathania moved to Australia aged three. She studied media at university and wanted to be a journalist, but fell into financial marketing. In her private life, she describes herself as ‘colourful’. As an outlet she began her own fashion blog and is looking forward to doing something in an entrepreneurial capacity.

Ananya Soni studied medicine and is now doing a Masters of Public Health. She was three when her family moved to Australia. She runs her own NGO dealing with health and wellbeing, and recently launched a book.

Geeti Chawla was admitted as a lawyer in April and is now working in the ‘daunting environment’ of corporate law. Born in India to a Sikh family, she moved to Australia at 12 years old. She volunteers with various NGOs including MSF, Amnesty International and Greenpeace.

Naina Mathur is recently engaged and will be shortly leaving Australia to live with her partner who is working in Amsterdam. An accountant by profession, her vision is to be in consultancy or have her own practice at home. She moved to Australia from India 11 years ago.

Neha Sharma is a consultant in cybersecurity at Ernst and Young. She was born in India, has been married for several years and moved to Australia five years ago. She currently has plans for her own start up, an app to help vegetarians and those with special dietary requirements solve the problem of where to find food.

Sharika Venugopal is a provisional psychologist. Though born in India, she grew up in Malaysia and moved to Australia for her studies eight years ago.

Shazya Singh moved to Australia two years ago and is currently studying psychology at university. She was born in India but raised in Singapore.

Simmi Singh was born in India and grew up in Melbourne. She studied commerce/law and moved to Sydney eight years ago to work in corporate strategy. After getting married at the end of last year, she started a passion project in bridal services which has turned into a successful start-up.

Do you consider yourself to be Indian or Australian? Or Indian-Australian?

Ananya: I never get Indian. I have people coming up to me and start talking Lebanese or other languages. I have to clarify and say that I’m Indian and then they have all these misconceptions. It’s like, where’s the bindi and the oil in my hair?! If I have to, I always say I’m Indian-Australian.

Sharika: I’m from Malaysia, so there are certain parts of me that are very much Malaysian, but I’ve still got my Indian traditions. But having lived in Australia for nine years now, my whole adulthood has been in Australia. It’s a big part of me. I’m Indian-born, Malaysian-raised and I moved to Australia to study. I don’t want to disregard any part of me. I do explain my story to everyone.

Shazya: I identify myself as an Indian. I just recently moved to Australia, and even though I’ve lived in Singapore for a long time – I was six when I left – I still feel attached to India. I always say I’m from India. Australia is home for me now, but I am Indian living in Australia.

Neha: I still identify myself as Indian, but I always give people a bit of a background, where I’m from, how I came here, how long I’ve been in Australia. I try to respect both sides. I am an Indian but I’m also living and working here so I consider part of me Australian as well.

Simmi: It’s hard because I have grown up here, but I think I identify more with being Indian. I came here when I was eight years old and I never really let go of my Indian culture. I don’t know if it’s because of the friends I had, who would identify more with the Indian side… I related to the Indian girls’ stories especially with parenting. We always have debates like, if there was a war, would you fight for India or Australia? (Laughs) I probably also tweak it to the audience I’m with. I have Australian citizenship, so technically I am Australian, but from an identity perspective I feel Indian.

There’s a part of me that I created and developed in New Zealand, a part of me developed while growing up here and there’s the Indian part in me that has always been strong. I love my fashion, Indian movies, love Bollywood. It’s a big part of me, I am drawn to it. I can’t say my parents are strict Indian parents who made us go to temple every week… Oh, and I always go for India in the cricket!

Naina: Looking at me, everyone can tell I am Indian, but I guess what I say is that I’m Indian by heritage. It’s what I am, and so will my kids be. Still, I pick and choose where I want to be Indian and where I want to be Australian. When I first moved to Australia, I was really sad that I left Delhi and all my friends, but in hindsight, I think this was the best decision my parents ever made – for them and for me. I love living in Australia. I think it’s a great country and you have so many benefits that you don’t enjoy in India. Being Australian opens so many more doors than being Indian. In saying that, I’m still very much in touch with my roots. My partner’s Goan and he’s been here for a very long time, he’s definitely more Aussie than me. But they’re family oriented and they go to Goa quite often. We’re both Australian and Indian and maintain both sides of that. I’m having two weddings, one in Perth and one in India, and I’m excited about wearing Indian clothes for my Indian wedding.

What are your feelings toward India? Do you find yourself defending it?

Simmi: Living here, you kind of romanticise India. I definitely find myself defending India a lot.

Ananya: I think, especially in the rural areas of India, women don’t realise their rights and how things are done around the world.

Naina: I can say whatever I want (about India) but if someone else says something… Delhi is a very different place now to the city I grew up and went to high school in. I would not go back and live there. I feel in Australia we have the opportunities. Especially in the past month, there’s been much talk about women, in leadership, in powerful positions, but in India the mindset is still different. You see women who work very, very hard. It’s very inspiring.

Ananya: It’s weird because India had one of the first female PMs in the world, Indira Gandhi, but there’s still such a dichotomy between men and women. I feel the most Australian in India.

Annie: You can’t deny there is a big issue in India with women, but it’s actually not an India problem, it’s a global problem. I think there’s a lot of movement and noise that’s happening in India so it’s accentuating the issue, but actually it’s a global issue. The country as a whole is trying to address the issue and they’re doing something about it. It’s the idea that femininity is considered a weakness, on an international level.

Tell us about your social life

All the girls say they have a mix of male and female friends, non-Indian and Indian friends.

Do you have any gay friends?

Geeti: I wish I had a gay best friend…

Annie: I know some gay Indians too, and they’re accepted in our circles.

Neha: I have friends in India who are gay and out, and their families are starting to accept them. Things are changing in India too.

Would you consider cosmetic surgery?

Annie: No. It’s like getting a fake Chanel bag! I want the real thing. I just wouldn’t do it.

Ananya: I think it’s okay for later on when you need it.

Geeti: You should age gracefully.

Naina: I’ll buy an anti-wrinkle cream or something (laughs)

Read more about the women’s views on society HERE

Read more about the women’s views on relationships HERE

Read more about the women’s views on the future  HERE

On Women’s Day, a note about the empowerment of men