What She Wants: On kids and future – Part IV 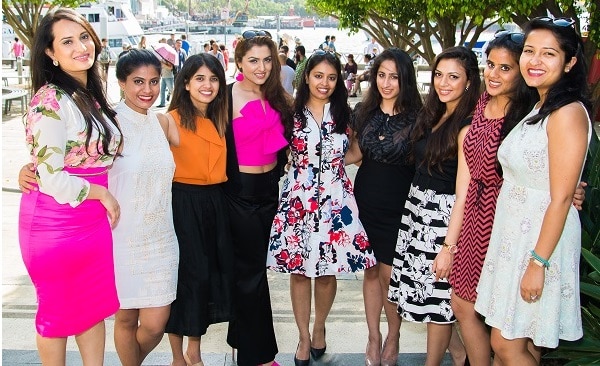 Would you raise your kids differently from how you were raised?

Annie: All kids are different and have different strengths and weaknesses, and I think as parents you should support that.

Naina: My partner and I have talked about this. We’re both academic and I’m not going to say I won’t tell my kids to study and I want them to do well, but it’s about letting kids be kids.

Neha: We don’t want to tell our kids what to do and put pressure on them for their future, we’ve talked about how we want to give them choices and advice and giving them strong values.

Tutoring was an issue of contention and many participants said they would not put academic pressure on children too early.

Would you want your kids to learn your mother tongue?

Of the nine girls, 7 speak Hindi, Sharika speaks Malayalam and Annie is the only one without second language skills

Annie: Even though I can’t speak Hindi myself, I’d want my kids to learn Hindi

Naina: My partner is Goan. If I don’t speak to my kids in Hindi, they are never going to be in touch with my culture. I want to do something to keep them in touch with Hindi.

Neha: Language has a big role in life. If kids know how to speak and learn and read Hindi, it helps them to make choices and plays a role in them learning about Indian culture. Get them to watch Bollywood movies, not just with subtitles!

They’re an interesting mix of Indian and Australian as they forge their own identities out of the bounds of their family and community.

Our sample of young women came across as enthusiastic, energetic individuals waiting to take life head on, brimming with promise and looking forward to their lives with hope and much confidence.

They look set to carve out their own niches in areas where their natural inclinations are, over and beyond the mainstream professions of medicine, IT, law, or banking towards which their families pushed them and in which they excelled. By their own admission, they are now following their hearts and attacking their own passions with renewed vigour, with all the skills they have gained in their corporate experiences.

These women are not afraid to strike out on their own. They are finding themselves, and thinking, ‘I am more than what my family planned for me.’

To the family, they seem to be saying, I cherish and value all that you have done for me, but let me go and explore myself now. And don’t worry, I’ll be fine, you’ll see!

What about the shaadi decision, a very big deal for their families? This generation of women are hell bent on bringing more of themselves to the table. They will resist family pressure, and will not compromise until they are satisfied that the decision suits them. They are happy to go along with the religion, the customs and the rituals, but on their own terms, thank you.

Within the marriage itself, while they will devote themselves faithfully, they will not lose a sense of their own self in the coupling, like the generation of women before them. This is something their partners/potential partners must be aware of. Dudes, if you are looking for a marriage like that of your parents, then prepare to be disappointed.

This group of women know what they want deep down – even though they might crack under the pressure now and then – and will go out and get it, and will surprise you with the efficacy with which they do it. In this sense, they are different from their mothers, and all the better for it.

There was some contradiction in their own opinions (such as their views on feminism), suggesting that there are issues they as a collective are still grappling with. In several instances, there was a bit of idealism, such as expecting a smooth transition back into work after raising the babies. As well, typical of their generation of women, there was evidence of the ‘But I want it all’ syndrome: everyone wants to be a super successful career woman, pursue a passion on the side, be a good wife, daughter, daughter-in-law, mum and house keeper. Thankfully, there was some realisation of the difficulty and probably impossibility of this dream.

Whatever these women do next, they are going to leave their indelible mark on society and their community, and will be wonderful assets to their families.

Read more about the women’s views on relationships HERE

Read more about the women’s views on society HERE

Read more about the women’s views on identity HERE