Home General News Creating the society we want to live in

The saturation of fake news in today’s world, exacerbated by the misleading commentary from influential figures, has left many individuals disenchanted with the existing systems of information dissemination. The prospect of instigating real change as individuals, can often seem like an insurmountable and futile task. 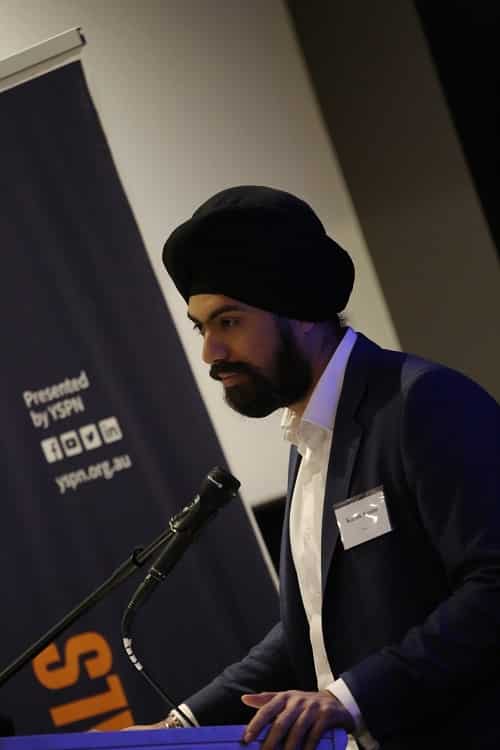 However, Sapreet Kaur thinks that as individuals we can definitively effect change, through small but targeted actions.

Kaur, Executive Director of the Sikh Coalition in the United States, was speaking at an event organised by the Young Sikh Professionals Network (YSPN) in Sydney recently. 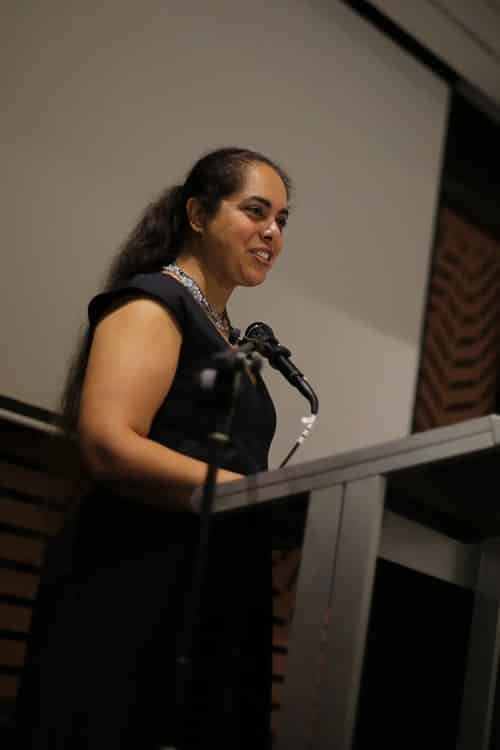 Sapreet contended that rather than grand gestures, it is a series of everyday choices that shape our lives, and the impact we can have on the world around us. In her declaration, Sapreet drew on her Sikh faith, which asserts that everyone has a responsibility to serve humanity, and to take action to create a fair and just society.

However, Sapreet maintained that the application of this philosophy need not be an all-imposing zero-sum game, where we must fully dedicate our lives to a cause. Rather, we must consciously choose to take small actions on a daily basis, towards creating the society we want to live in.

Sapreet shared that the impetus for this mindset grew out of her childhood in New Jersey. Growing up, her parents would urge their children to participate in sewa beyond their local and Sikh community, to make an impact on something they cared about. 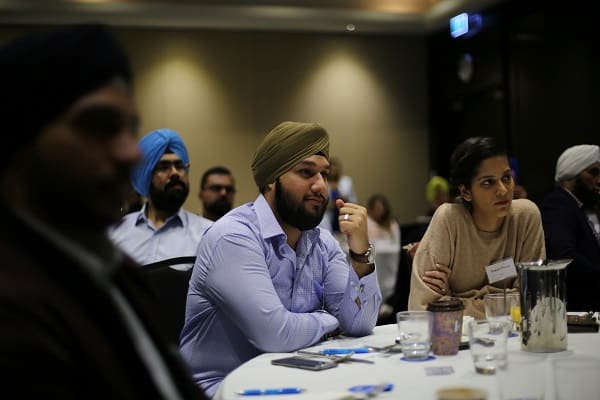 As children, they would make sandwiches and distribute them to the homeless in Times Square in New York City, which at the time was far from the vibrant attraction it is today.

A testament to this attitude is the organisation Sapreet currently works for, the Sikh Coalition. The organisation was established in the aftermath of the September 11 attacks as a few individuals searched for small ways they could assist to reduce misunderstanding about Sikhism, the 5th largest religion in the US.

What started as a ‘crisis response’ initiative that connected the community with local authorities and tracked hate crimes, has now developed into a diverse organisation that also acts in a proactive manner to advocate for and educate people about Sikhism in the US.

The sweeping impact the Sikh Coalition has had since its establishment is perhaps best demonstrated by Sapreet becoming the first Sikh to speak at a Presidential Inaugural Prayer Service in January 2013 for President Obama’s second term.

Drawing on the work that contributed to the rise of the Sikh Coalition, Sapreet emphasised that as members of ethnic communities in the western world, we have a responsibility to proactively shape our own future.

Whilst acknowledging that deeply ingrained social and cultural customs can make work within these communities “messy”, Sapreet reiterated that it is up to us to move beyond just lamenting over the current issues in the system and instead take small steps to provoke change. 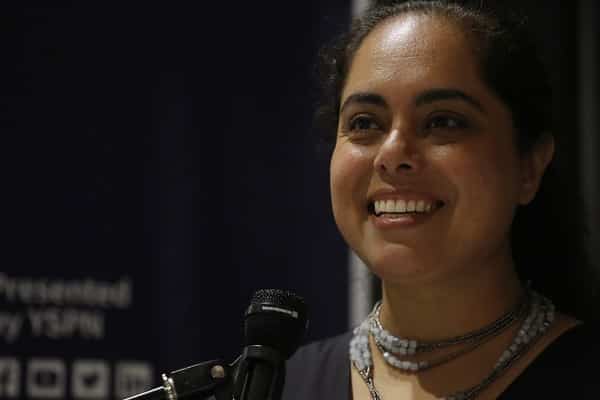 Using the Sikh Coalition as both an illustration and warning, Sapreet asked the audience to consider the immense effect that the initial actions of a few individuals has had on the perception of Sikhism in the US and how different things may be, had they chosen not to act.

Sapreet summarised her recommendations on navigating today’s complex world as socially conscious and proudly ethnic individuals. To begin with, we must think about the society we want to live in and take the first small steps towards achieving it.

Secondly, we must not to be afraid to “wade into the messiness”, albeit with small steps, if we believe something should be changed. Finally, Sapreet encouraged us as ethnic individuals to get involved civically, to know our politicians and have them know us so we can have an input into the dialogue concerning our communities.

To end, Sapreet promised the audience that after we take that pivotal first step towards the change we want to see, the resulting positive reinforcement will propel us to continue until the ‘groundswell’ of wider change occurs. 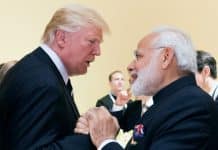 India to respond to Australia’s White paper on trade