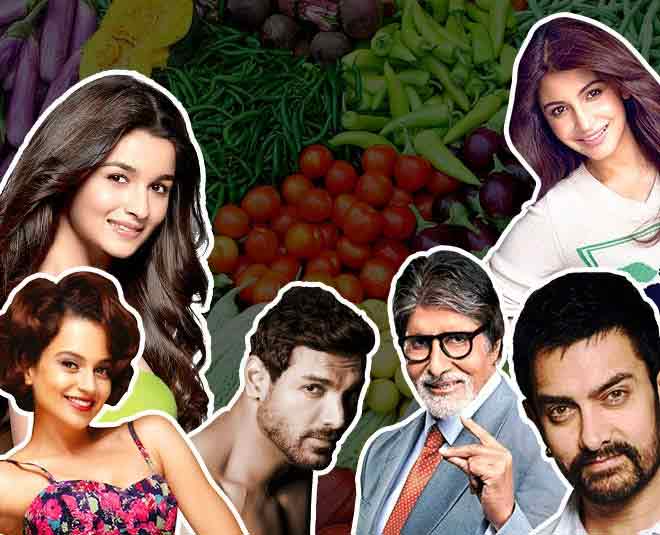 October 1 is World Vegetarian Day and the whole month is celebrated as Vegetarian Awareness Month, and Bollywood stars have gotten the memo! Scores of our favourite celebrities have made the transition to a healthy, ethical and fulfilling life by going vegan (eating only animal-free foods).

There are plenty of good reasons to be vegetarian/vegan, and each star has their own motive as to why it’s the right choice for them. Shraddha Kapoor, star of “Aashiqui 2” and “Chhichhore”, calls herself a “smart eater”, and it’s clear that vegan foods give her all the energy she needs for back-to-back shoots. Vegan foods are loaded with the vitamins, minerals and essential nutrients our bodies need – including protein, calcium and iron – without all the cholesterol and saturated fat found in animal flesh, eggs and milk that can slow a person down.

Demanding schedules, hectic travel and countless media engagements are enough to drain many stars’ energy. Vegan eating helps Esha Gupta manage her busy life of acting, modelling and advocating for animals. When fans quizzed her regarding how she maintains her figure, she shared that “healthy vegan meals” make her glow on camera.

Ayesha Takia Azmi is a longtime vegan, having made the shift to an ethical lifestyle along with her mother and sister. Not long ago, she and husband Farhan Azmi became parents, and she shared that she had “the most amazing pregnancy”. She revealed, “I didn’t have the usual problems like bloating or… body aches.” Plant power also helps reduce the risk of developing serious medical conditions, including certain cancers, diabetes, strokes and heart disease.

Richa Chadha has been vegan since 2014, for a variety of reasons. Foremost is her strong ethical compass. She wrote in a 2015 piece, “I can’t stomach the thought of someone cutting a buffalo’s throat, ramming a knife through a pig’s heart or cramming chickens into cages so small they can’t even spread a wing, let alone bear to ingest such misery.”

Recent eyewitness accounts of incidents at India’s major chicken farms and hatcheries back up this statement, and horrifying video footage reveals that unwanted chicks are killed through drowning, burning and other cruel means by the meat and egg industries and that maimed hens are stuffed into severely crowded cages for eggs.

Mallika Sherawat has advocated for a vegan lifestyle for more than 15 years. She recently released a public service announcement on the health benefits of animal-free eating, including the scientific proof that it can prevent heart disease.

Kangana Ranaut has declared, “Veganism as a way of life is deeply rooted in the Indian ethos,” and she’s found that vegan foods give her strength — both physical and emotional.

The list of superstars going vegetarian/vegan grows longer by the day — and there’s no going back! This cultural shift isn’t limited to film stars, either. Just ask Sunil Chhetri how eating vegan has helped him thrive and benefited his sports career.

If the ethical, spiritual and physical benefits of going vegan aren’t compelling enough, consider the fact that it’s environmentally necessary. Recent studies have predicted that by 2020, at least 21 major cities — including Bengaluru, Delhi and Hyderabad — will have run out of groundwater, which will impact 100 million people. One cow used for milk can consume up to 190 litres of water per day, so ditching dairy is an easy way to conserve water.

As our favourite stars make clear, it’s easy to be kind to animals every time we sit down to eat. In the process, we’ll also be looking after the Earth, our health and our moral compass. Pledge to go vegetarian today.