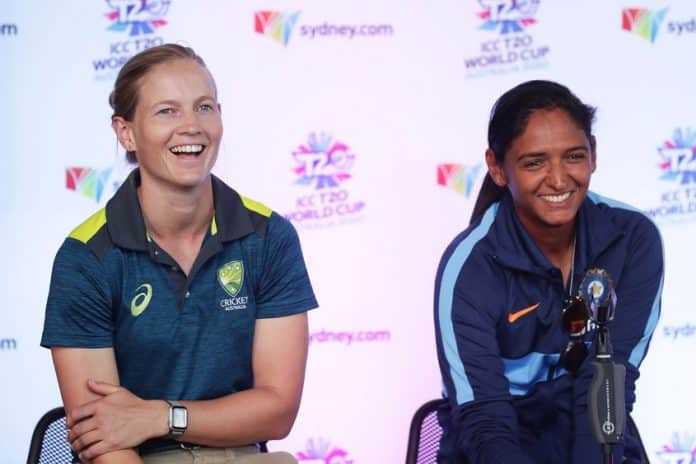 The time for talk is almost over and Harmanpreet Kaur cannot wait to get going in Australia.

Less than two days remain until the captain leads out her India side at the Sydney Showground, with a tantalising match-up with the home nation raising the curtain on the ICC Women’s T20 World Cup 2020.

Before that, however, the two countries were officially welcomed to New South Wales on Wednesday, with players and fans descending on the iconic Sydney Opera House ahead of the 21 February showdown.

“The nerves do start to kick in because we are very excited about that opening game and we’re looking positive in that,” said Harmanpreet Kaur, who knows the city well after her stint with Sydney Thunder in the WBBL.

“We are a side that can put pressure on any team, we just look to stay in the right mindset and play in the way we can because that is our biggest strength.

“In sport, sometimes you are in good form and others you are not. I know that everyone playing in this tournament will look to be positive, and that is good for our team.

“If the Sydney Showground is on the slower side, it will suit us, and it looks that way currently. We are looking good in that.

“We all know that everyone in India loves cricket, wherever we go we always have our fans out there supporting and we are looking forward to that again.”

The recent tri-series final between the teams whetted the appetite for a tournament opener that looks set to be one of the matches of the competition.

Both teams will also be backing themselves to go all the way to the MCG on 8 March, hoping to walk out in front of a record attendance for a women’s sporting event anywhere in the world.

The hype leading into Australia is arguably greater than ever before but there’s one player in gold who’s taking it all in more than anyone.

While her side goes into the tournament as defending champions, Annabel Sutherland is taking her first strides in the Women’s T20 World Cup, just a few weeks since making her T20I debut.

“I’m absolutely pumped, we’re all really excited to get going in what’s a big and really important game against India,” said the 18-year-old.

“I’m loving this experience. I didn’t expect it at all so I’m just looking to enjoy it as much as I can and embrace everything that comes with it.

“It’s an honour to be part of this team, one that has had success over the years, and I’ve been welcomed in with open arms which have been lovely.

“With people such as Meg Lanning and Ellyse Perry, you can’t help but be impressed by the outstanding things that they’ve done over the years.

“Many, many young girls across the country and internationally look up to those two and a lot of people in this World Cup so it’s a privilege to play alongside them.”