Bringing together 26 artists from diverse demographics and ethnicities, a unique Diwali-themed exhibition at Strathfield Library showcased the Indian festival of lights.  For the wider community, this is no doubt a refreshing change from the plethora of melas that have now become the norm during the season. 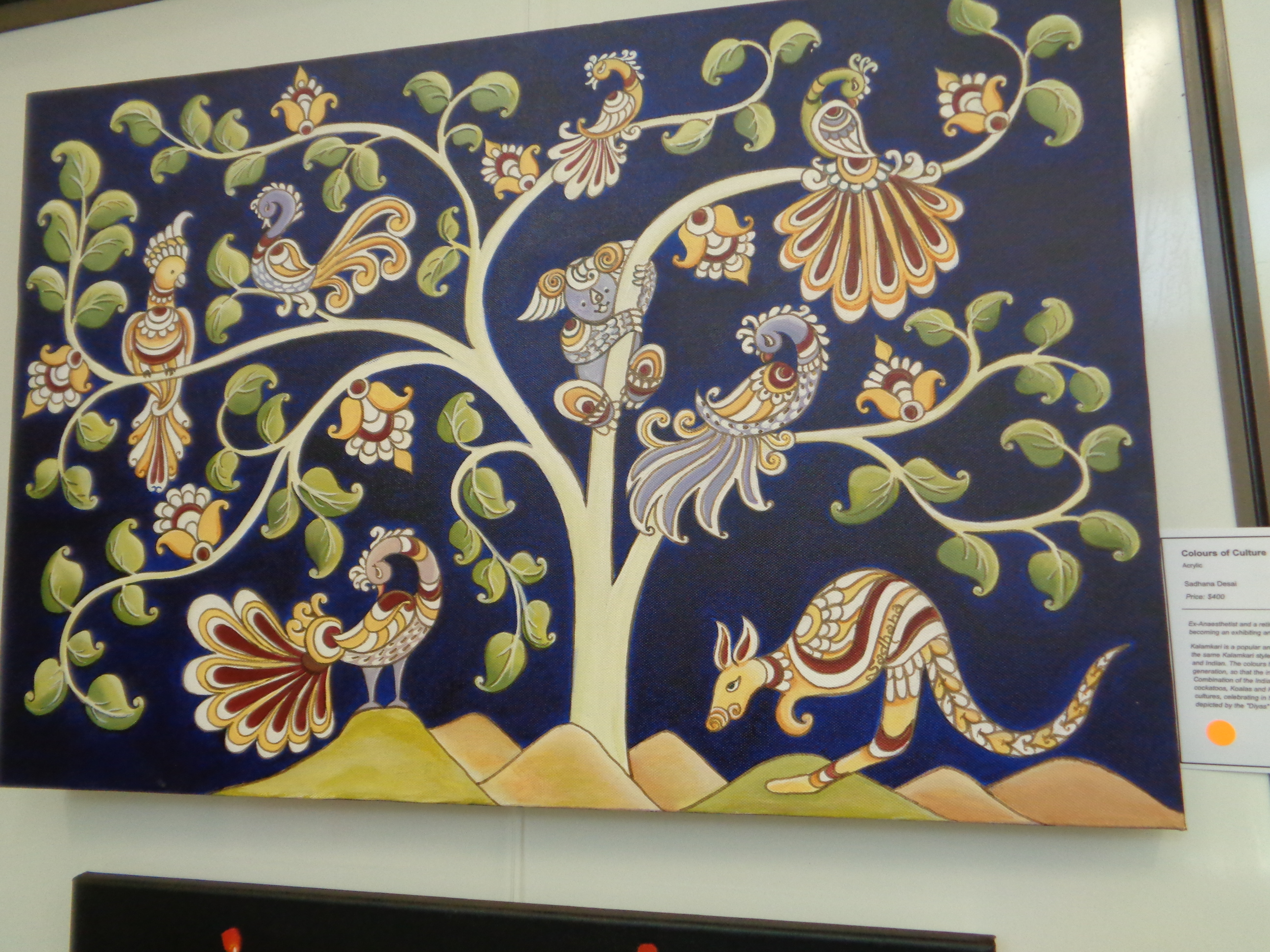 ‘Diwali Artspace’ has been a successful partnership between Strathfield Council and Hindu Council of Australia in what is clearly the beginning of a long and fruitful journey. Indians are the largest ethnic minority in the LGA, according to the 2016 Census and have made significant contributions across all areas.

The exhibition was inaugurated by Cr Gulian Vaccari, Mayor of Strathfield Council and Dr Bala Subramaniam OAM. The event was attended by Member for Strathfield Jodi McKay MP and Councillor Karen Pensabene as well as community leaders. 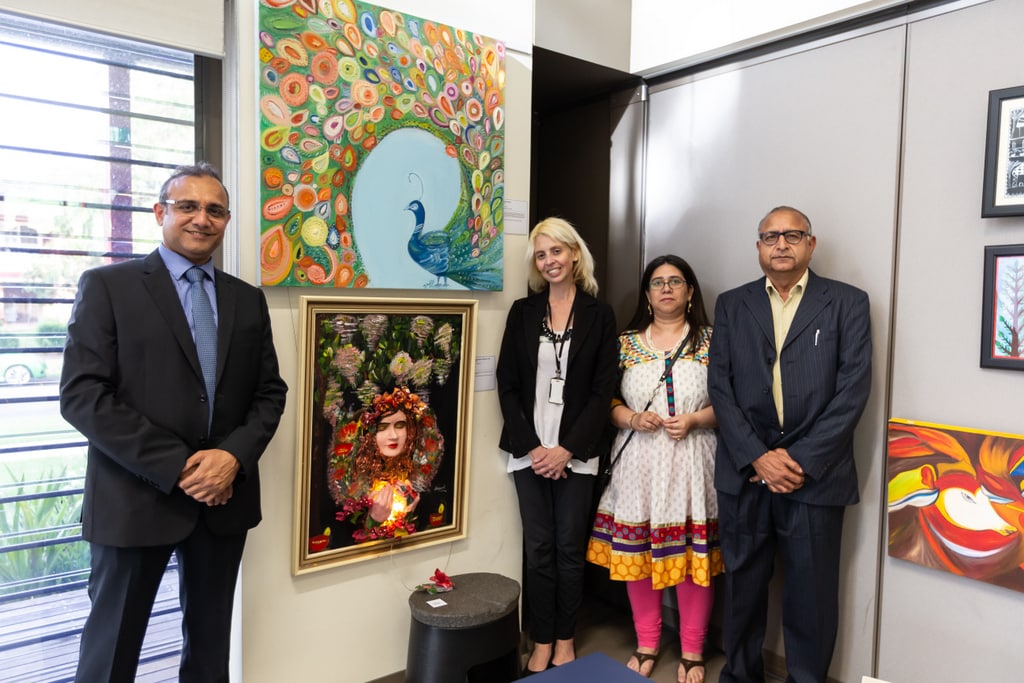 “Diwali is all about positivity, lights and cheer. Earlier this year, we were approached by Strathfield council to organise an exhibition with a difference,” HCA’s Sonali Pathak told Indian Link. “There had never been an exhibition organised for the display of Indian culture. So, for the first time (in Sydney), the Hindu Council of Australia and the Strathfield Council decided to display Indian art portraying Diwali,” she explained.

Members of the community were invited to send in contributions in April and thereafter, artists were shortlisted to create special pieces for the exhibition. From stunning portrayals of Ganesha and Rama by Shweta Bhargava and Shilpa Sodal, to Radha Krishan by Shelly Chopra, some very global messages of a pollution-free world by Amanpreet Sharma, and cultural integration by Sadhana Desai, the artworks celebrated unity in diversity. Likewise, various mediums ranging from sketches to oils and acrylics by children, professionals and women who have been painting purely for personal pleasure were showcased. A ceramic diya set by Vaishali Hingmire and Indian jewellery made of silk thread by Meenakshi Lakshamanan added to the vibrant mix.

Be it iconography, rituals, customs and traditions that are associated with the popular festival, several aspects of our rich cultural heritage were on show for the mainstream audiences to soak in and enjoy. 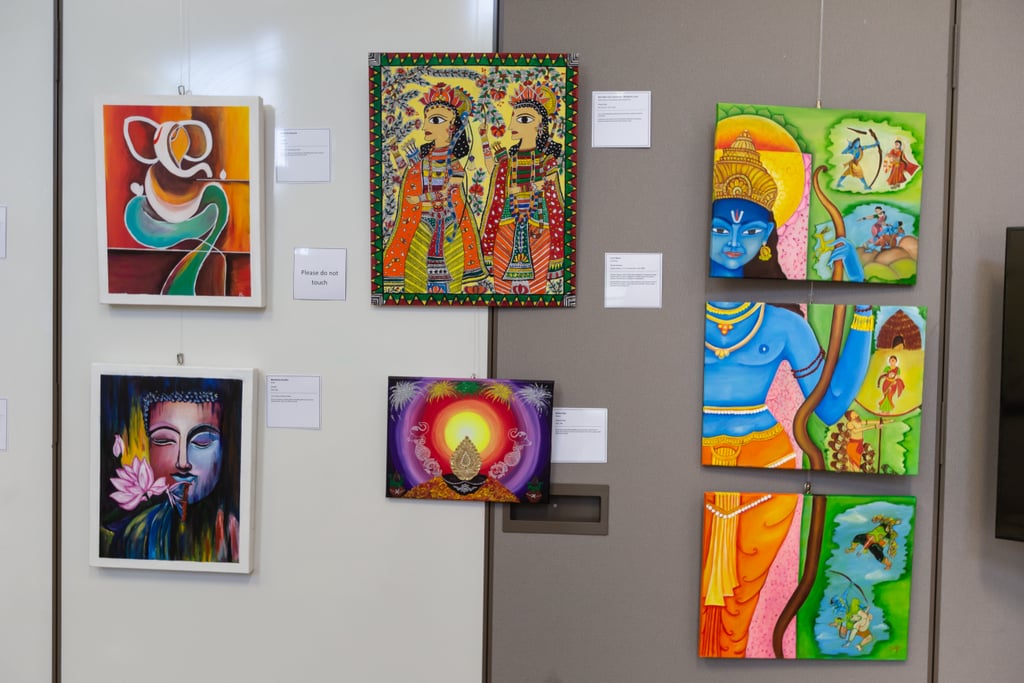 A sketch is worth a thousand words, believes Meenakshi Lakshmanan. Her Woman with a Lamp immortalised the enduring power of good over evil. Likewise, Pollina Van Houten’s graphite and gauche sketches Abundance and Into the Light, depicting Lakshmi, the Hindu Goddess of wealth and prosperity, reflected the artist’s love of mythology and story-telling. Sydney-based artist Shweta Bhargava’s oil painting on Roop Chawdas celebrated the ancient Indian custom of shringar (bodily adornment). Nivedita’s abstract Ganesha and Krishna used vivid colours and contemporary spin on ancient mythology while Jyotsna Amit Takle’s intricate paper quilting techniques showed her mastery over not just the medium but also deeper understanding of central Hindu customs. Aruna Kumari’s unique perspectives on female identity were a particular feast for the eyes.

The younger artists of course stole the hearts with their unique interpretation of age-old tales. Six-year-old Aarav’s rainbow diya and eight-year-old Nitish Vijaykumar’s Ganesha for Wealth and New Beginings are a lasting testimony of the fact that Hindu legacy is here to stay. 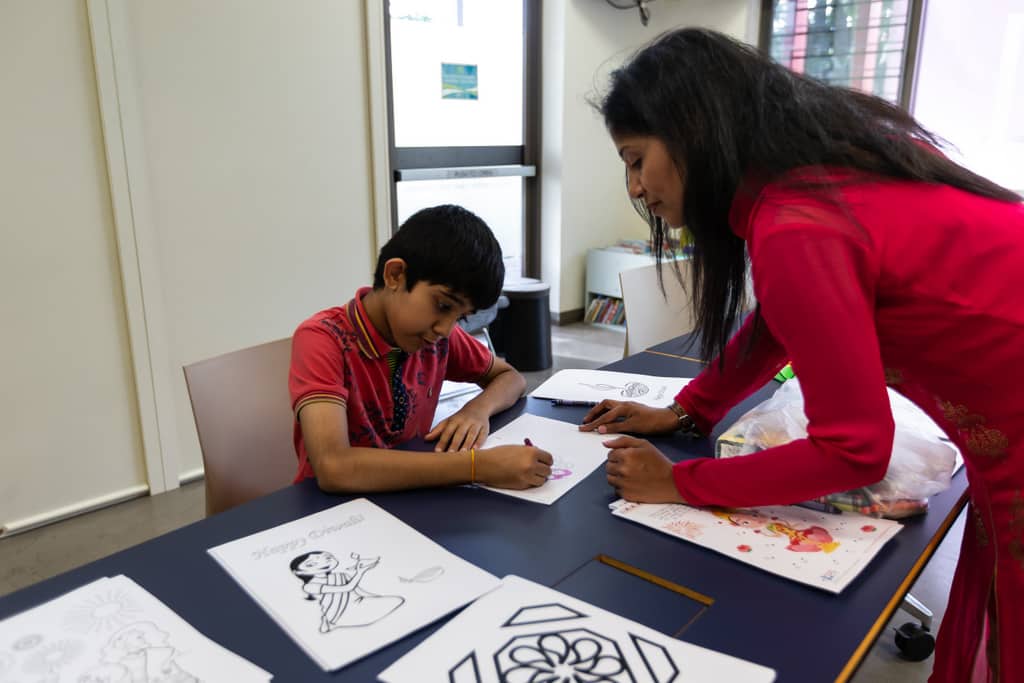 “The Hindu Council of Australia strives at empowering women, encouraging cultural integration and inclusivity, and celebrating and promoting of the Indian art and culture with a wider audience. This event ties into all of these. This exhibition has also given kids and amateur artists a platform to showcase their work and more importantly has hopefully given them confidence in their talent,” Pathak pointed out.

The well-attended event also notched a number of sales. A workshop on the opening night taught young children the basics of art. Meanwhile, the popular vote on best artist will be announced shortly. 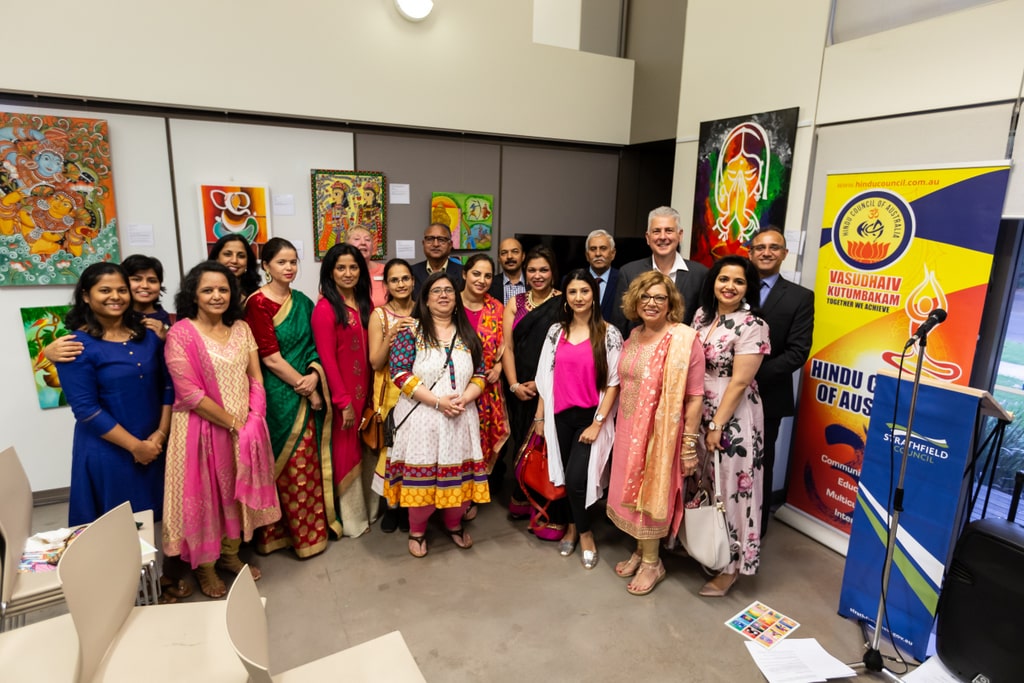 Muslim tales from the east