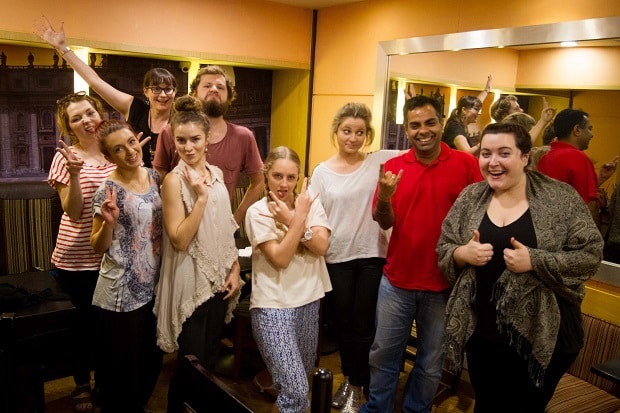 The first Bollywood ‘masala’ film that Queensland University of Technology student Katy O’Hagan ever saw was in a Mumbai cinema hall. It was a premiere, no less, at which she and her friends from Brisbane were VIP guests. They walked out of Humpty Sharma Ki Dulhania, with the song ‘Saturday’stuck in their heads.

“It was an amazing experience,” the second year Bachelor of Entertainment Industries student told Indian Link. “Of course I’d seen many films from India before, but not a full-on musical. There were no subtitles and we knew no Hindi, but we managed to stay on track. We understood everything!” 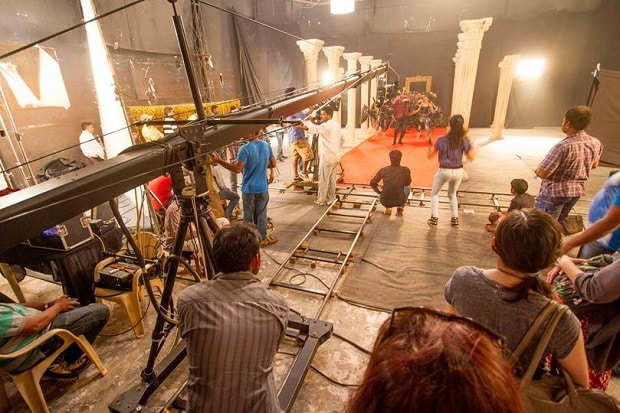 The experience was part of a tour to India’s entertainment capital that QUT put together in partnership with the Mumbai-based India Study Abroad Centre (ISAC).

“We visited film sets, TV shows, reality TV shows and ad agencies,” Carter told Indian Link. “We spoke to directors, producers, film distributors and marketing professionals. We visited post-production facilities, including a full-day special effects workshop. During a visit to a sound recording studio, one of the students was even asked by a film director to read a small part and she will appear in the film’s credits upon release”.

QUT’s Bachelor of Entertainment Industries degree, the first of its kind in the world, teaches the business, legal and creative skills needed to work in the field of entertainment. A trip to Bollywood for students, therefore, makes perfect sense.

What insights did the visitors gain, and how is Bollywood different from “Aussiewood”, to coin a term?

“The sheer size is an obvious difference,” Carter observed. “It is a much larger industry which makes 3000 films a year while we make a fraction of that. An interesting observation was the tiny spaces they worked in. We saw small spaces converted to studios, and they seemed to work well. The number of people involved was also an eye-opener. Hundreds of people worked on a TV set, for instance. Obviously the industry is providing employment for a lot of people”.

Hansal Mehta of ISAC, a noted film-maker himself, is currently touring Australia with his partner Arun Pal, and was at QUT in early August lecturing and interacting with students. He has been organising tours of India’s entertainment zones for nearly twenty years now, educating students from many countries who have an interest in the field.

“In the QUT program, we completely turned the idea of Bollywood around for the students,” Mehta told Indian Link. “With interactions with film-makers like Anurag Kashyap (Wasseypur), Sameer Sharma (Luv Shuv Te Chicken Khurana) and Anand Rai (Tanu Weds Manu), the students got to see that we do make sensible films after all! They realise now that there is diversity. They watched the films with the film-makers and then interacted with them”.

As well, there were meetings with other film experts, such as a session with a marketing professional who worked on the film Gattu (Rajan Khosa’s film about a kite obsessed nine-year-old who wants to rule the skies).

Katy O’Hagan recalled, “To promote the film, they dressed up the child actor as famous people who have achieved their dreams. We thought it was a fascinating strategy. In Australia, we would just have posters or see ads online, but this was interactive and interesting”.

A noteworthy by-product of the tours by the students, Hansal revealed, is that the film-makers themselves enjoy the sessions, gathering some interesting take-aways from it all. “They’ve reported to me that the students lend new energy. They challenge and question and help the film-makers reinvent themselves”.

On this particular trip to Australia, Mehta has been talking to students not only in Brisbane, but also Sydney, Canberra and Melbourne, where he will catch a film or two at the ongoing Melbourne International Film Festival. He will also present his critically-acclaimed City Lights at the Beyond Bollywood film festival.

By a strange coincidence Mehta started his film career in Australia in the early 1990s, and then moved to Mumbai to make films such as Dil pe mat le yaar, Woodstock Villa and Chhal.

Today he loves his film-making just as much as showing his industry to visitors – chaos and all.

“Oh yes, it was chaotic,” Joe Carter said. “And yet organised, somehow. There was order in chaos”.

“It was disorganised chaos,” Katy laughed in agreement. “And you could say that for all of India too”. 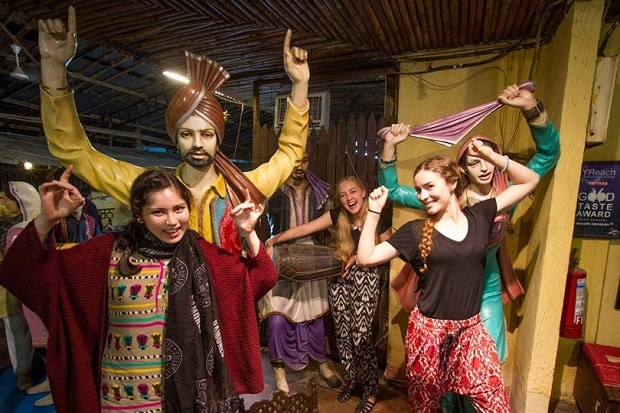 It was the first visit for all members of the study tour, and Joe speaks for the group when he says, “The sheer density of the population hit us almost immediately, but other than that, all our expectations and presumptions about India were completely thrown out. We went with innocent assumptions from Slumdog Millionaire about the terrible poverty, but found that India was prosperous and thriving; even in the slums we saw people that were happy and friendly, and we felt safe”.

Katy O’Hagan recalled, “It shocked me completely, for instance, to see a slum on the beach at Mumbai! It was like nothing I’ve seen before. But there was a great sense of community – the little kids talked to us and ended up taking us to their homes. It was one of our best days there”. 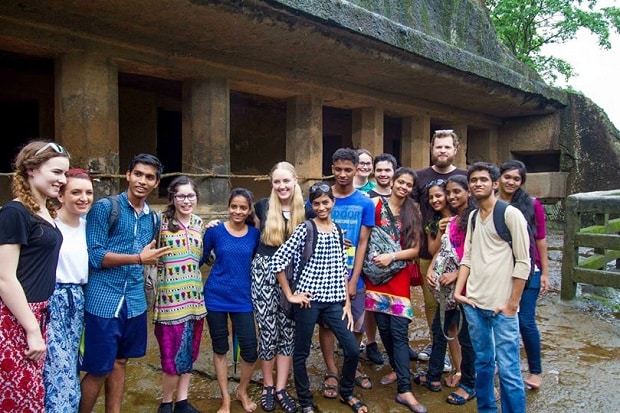 “This trip has been a teaching career highlight for me,” Carter said. “Bollywood is an amazing concept, and the welcome we received from directors, producers and film stars has been astounding. But the best part has been watching our QUT students confidently interact with major film and TV professionals, demonstrating their knowledge and understanding of the global entertainment industry”.

Feedback from the trip was so good from all sides, Carter is taking students back again next year, twice!