US President Donald Trump has decided to pardon Dinesh D’Souza, a controversial conservative Indian-American media personality, who was convicted of making illegal contributions to a Republican Party candidate for Senate. Trump tweeted on Thursday, “Will be giving a Full Pardon to Dinesh D’Souza today. He was treated very unfairly by our government.” 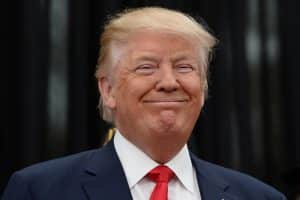 He is known for stirring controversy with his angry rhetoric. He was fined $30,000 and sentenced to five years of probation and eight months of overnight detention in a so-called halfway house. Bharara defended his role tweeting, “D’Souza intentionally broke the law, voluntarily pleaded guilty, apologized for his conduct & the judge found no unfairness.”

Will be giving a Full Pardon to Dinesh D’Souza today. He was treated very unfairly by our government!

Republican Senator welcomed the D’Souza’s pardon, tweeting, “Dinesh was the subject of a political prosecution, brazenly targeted by the Obama administration bc (because) of his political views.”

D’Souza’s book, The Roots of Obama’s Rage, which claimed that Obama was furthering the anti-colonial ideology to run down the US, was later made into a film. He also produced a scathing documentary on Clinton, Hillary’s America: The Secret History of the Democratic Party.