Home Arts Isn’t It Romantic: Why, Priyanka Chopra, why? 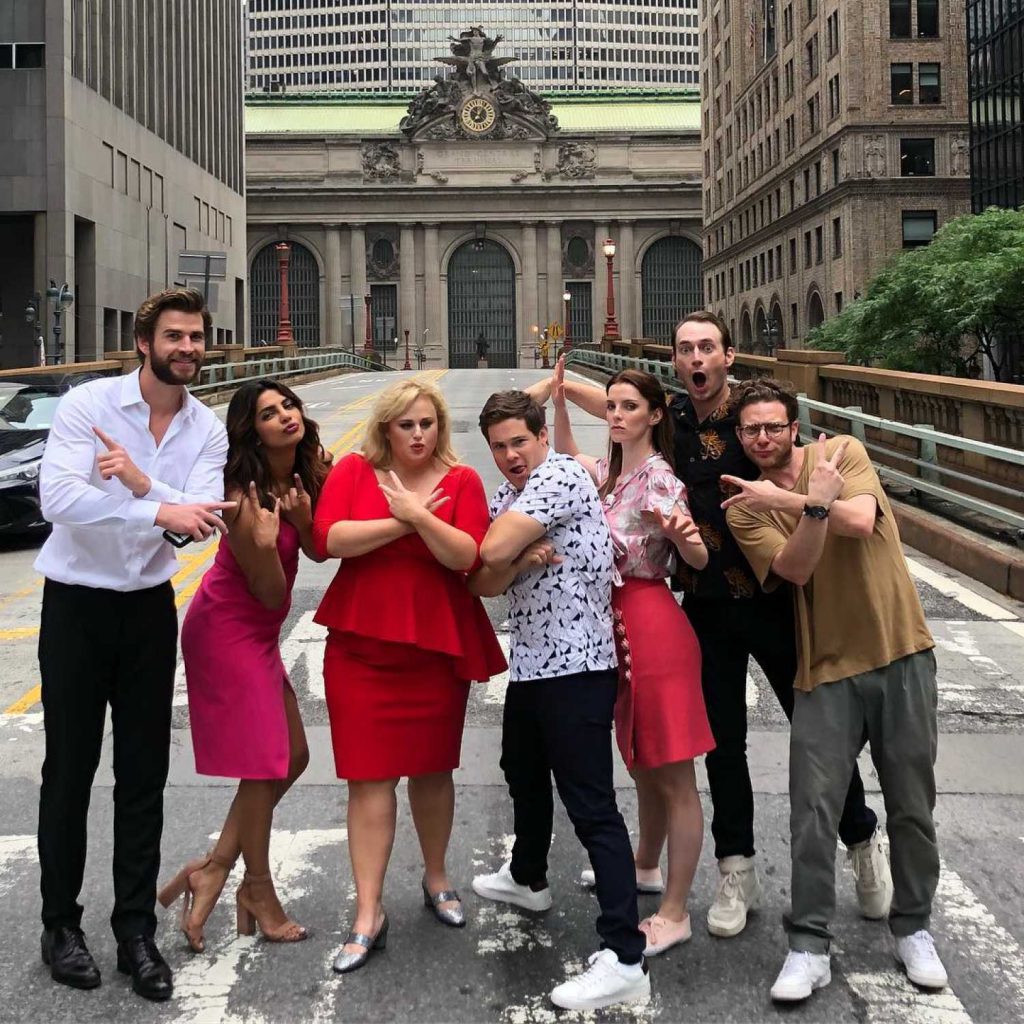 First things first. What is Priyanka Chopra doing playing a frisky floozie in this bird-turd of a film? Second question: why are we expected to invest 90 minutes in what looks like a rejected episode of Inside Amy Schumer?

Isn’t It Romantic is just plainly and simply awful. A bird-brained plot, it casts the overweight Rebel Wilson as Natalie, who is shown as incurably romantic in her childhood (she watches Pretty Woman like a Delhi housewife eyeing the lead singer at a mata jagran).

Mom lectures little Natalie on the impossibility of romantic love in this cynical world. And voila! The daughter is transformed into a diehard cynic.

Or, is she just running away from the fact that when you are size XL, the chances of finding an eligible match are proportionally slim?

So, the film has a solution. It turns all romantic notions on their head when Natalie hits her head on a steel pillar at a metro station during a mugging episode (this is as exciting as the script gets) and waltzes into woozie-land.

Alas, the purportedly wonderful walk into wonderland is more bland than grand.

The flimsy anorexic film ends up celebrating rather than spoofing the conventions of the romantic comedy genre.

Natalie’s gay neighbour (Brandon Scott Jones) goes all flabby-wristed and hip-twisted, only to tell us at the end that gay men don’t behave that way in real life.

I would happily relegate this non-descript trivia of a movie to the trash can were it not for our Priyanka Chopra, who plays a femme fatale all set to steal away our heroine Natalie’s best friend-and-potential boyfriend Josh (Adam Devine), who doesn’t really seem worth stealing.

In what could be described as the most air-headed role of her career, Priyanka plays Isabelle. Her job profile is self-described as “yoga ambassador” (whatever that means). Although she seems to spend all her time posing, preening, pouting and seducing Josh, who, as mentioned earlier, is no Don Juan.

With a role that is briefer than the clothes she is given to wear (because femme fatales must dress skimpily), Priyanka must have a good reason for doing this film. We don’t know what it is. A fat pay cheque, with a leading lady billing to match?

Clueless as we are about her reasons for being in a film where her role is what Aruna Irani played in Hindi films of the 1970s, there is the comfort of company for Priyanka in Liam Hemsworth, whose presence here is even more baffling.

He plays a jerk in a towel who has to pretend he finds the hefty heroine attractive.

Perhaps, both Priyanka and Liam got bitten by the same romantic comedy bug that bites Rebel Wilson – with a plot that could be written on a single grain of rice (basmati), characters who think it’s cool to pretend they love to hate on-screen romance, and performances which may strongly qualify for the Golden Raspberry Awards.

Jane and Kito de Boer own one of the largest and...

Speaking from the skin