Try out something different for your Diwali feast this year 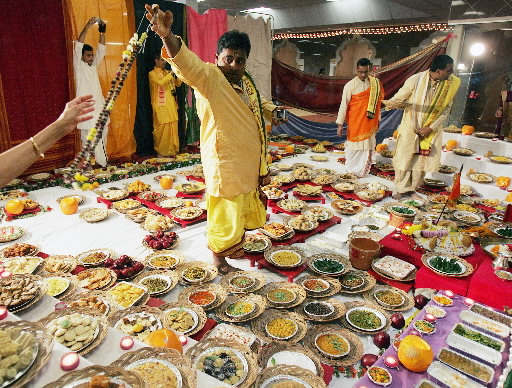 Here’s to a Modified Diwali. And no, by that we don’t mean it’s a wonderful Diwali gift that Prime Minister Modi is about to come visiting, but that you could bring in new elements to your regular menu this year. Take the lead from our celebrity chefs who have already done so! Some recipes are modifications of Indian preparations, some infuse Indian elements into preparations from other cuisines, and some are age-old Indian preparations that are in need of revival. Happy cooking!

Traditionally, the malpoa is a pancake that is fried and soaked in sugar syrup and then served with reduced milk or rabri. Here, Anil alters the recipe slightly and incorporates a filling, with stunning results. 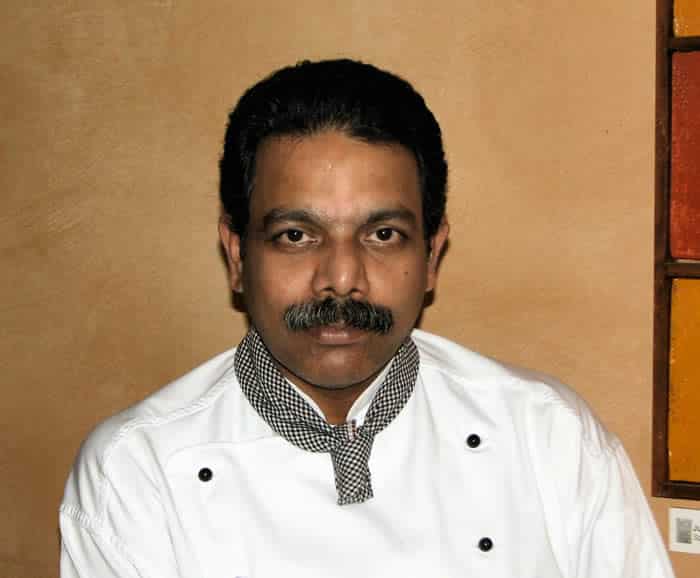 Slit dates and remove seeds. Saving four for garnish, chop up the rest into small pieces.

Warm cream with a spoonful of sugar and the saffron; simmer for a few minutes and set aside.

Heat remaining sugar with 1 tbsp water and the cinnamon and cook to a syrupy consistency. Add the chopped dates and cook for a few minutes until all the moisture is absorbed. Break the dates up to almost a mash. Remove cinnamon and cool.

Heat the milk and simmer until reduced to nearly half the volume. Add semolina and flour and whisk to obtain a lump-free batter of pouring consistency. The consistency is really important in getting the pancake right. While the quanitites listed here are tried and tested, the consistency depends on the fineness of the semolina, the strength of the flour etc. So adjust the consistency with some milk if need be.

Heat a non-stick pan and moisten with ghee. Spoon a quarter of the batter into the pan and spread evenly by swirling around. Cover over moderate heat, turn over and complete cooking. Spoon a little ghee around the pancake. Turn out when done on to a flat surface, spread the date mix on it and roll tightly. Set aside. Slice as desired and serve with saffron cream, chopped pistachios and the dates for garnish. 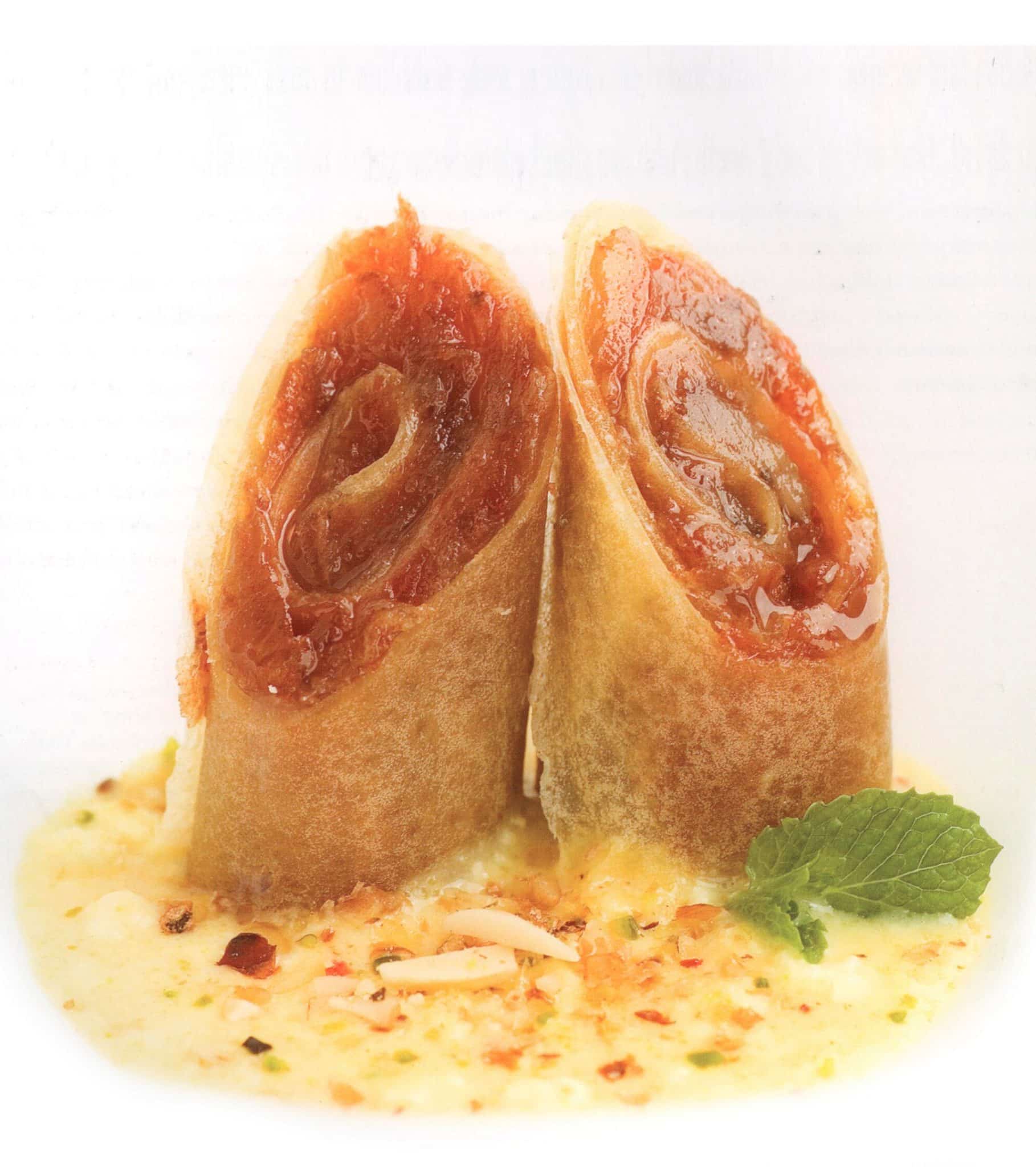 Gladys Roach was perhaps the first Indian-origin writer in Australia who published books on Indian cuisine. This particular recipe shows off her adaptation of an old Indian preparation, at a time when Indian ingredients were not so readily available in Australia. 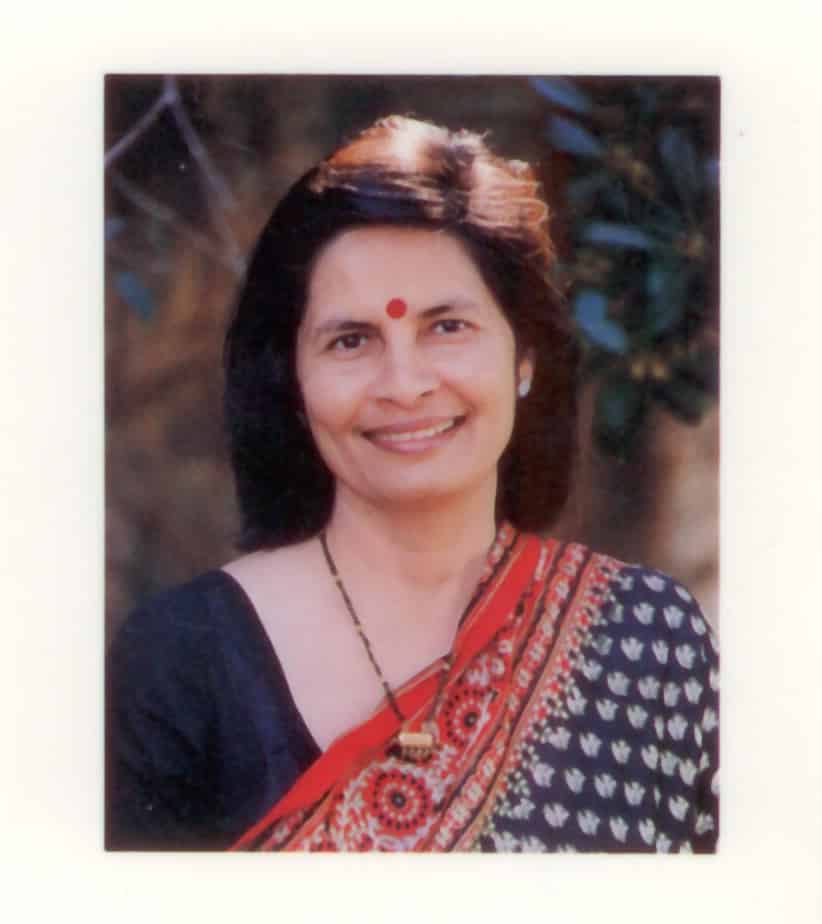 Beat the eggs and sugar together until all the sugar has dissolved.

Add the other ingredients, mixing until there are no lumps in the batter.

Put the batter in a greased cake tin, and cook in a preheated moderate oven for 30-40 minutes.

Turn the oven off, and leave the cake in the oven for another 20 minutes.

This is best eaten the next day. Keep it in a cool spot, but do not refrigerate. 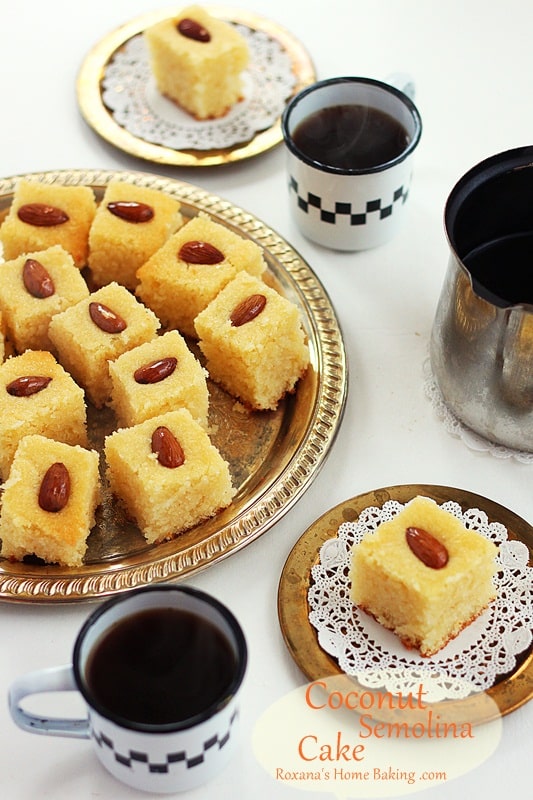 The MasterChef 2013 experience has left Rishi Desai brimming with ideas for presenting Indian food in a “modern” way without essentially losing its basic elements. Here, the creative cook gives a traditional Italian favourite an Indian make-over.

Panna cotta is a mix of sugar and cream and by flavouring the cream it’s possible to change the taste of the dessert. Mango, India’s national fruit, can be a welcome surprise element here. 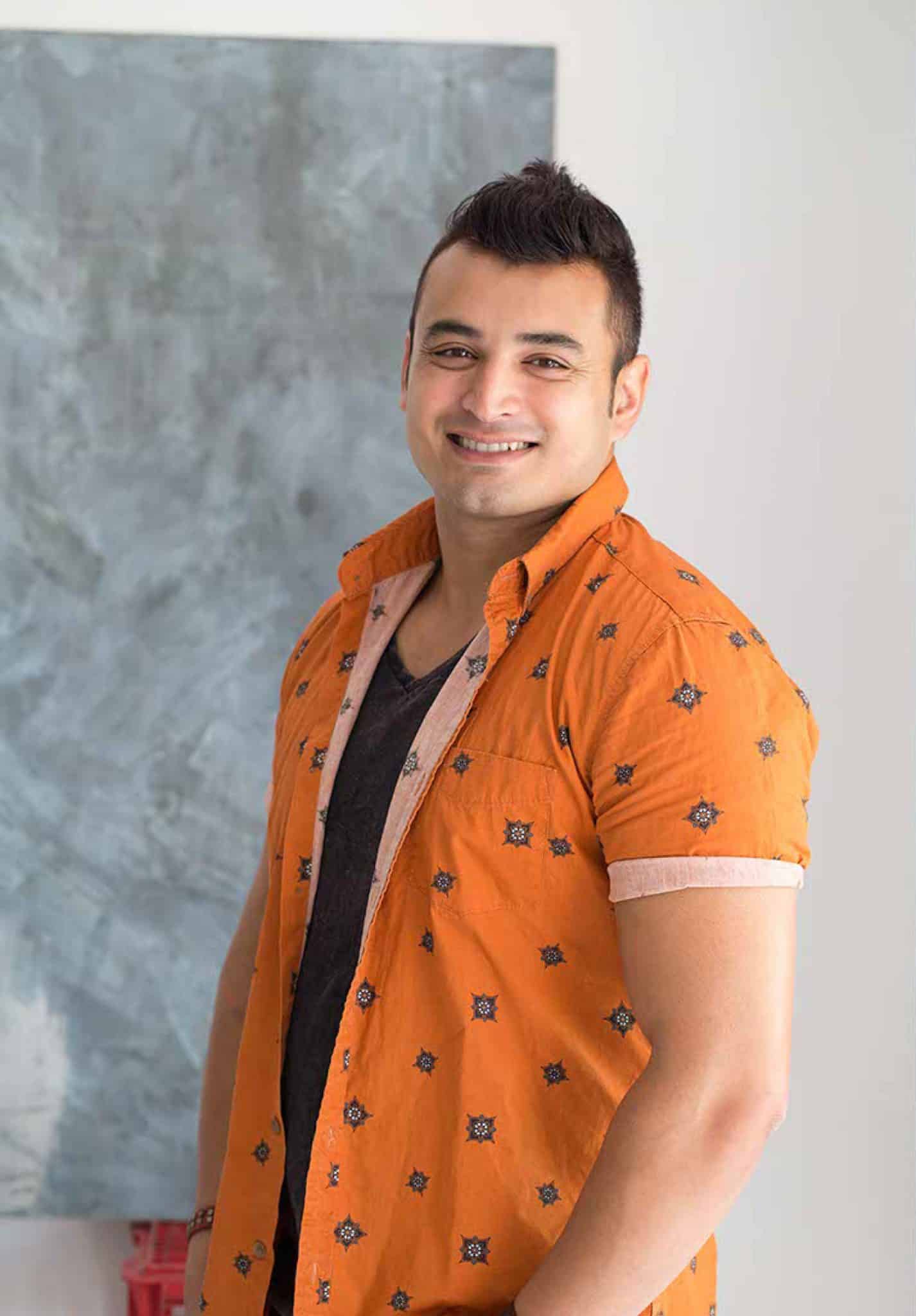 For the Candied Mango

In a saucepan combine the cream, mango pulp and sugar and bring to the boil. Squeeze the gelatin leaf, then dissolve it in milk. Strain into a mould and leave to cool before refrigerating.

Meanwhile, in a saucepan, combine the mango, sugar, cinnamon, star anise and water and bring it to the boil. Reduce the heat and simmer for 10 minutes until it thickens.

Serve the panna cotta with candied mango on top. 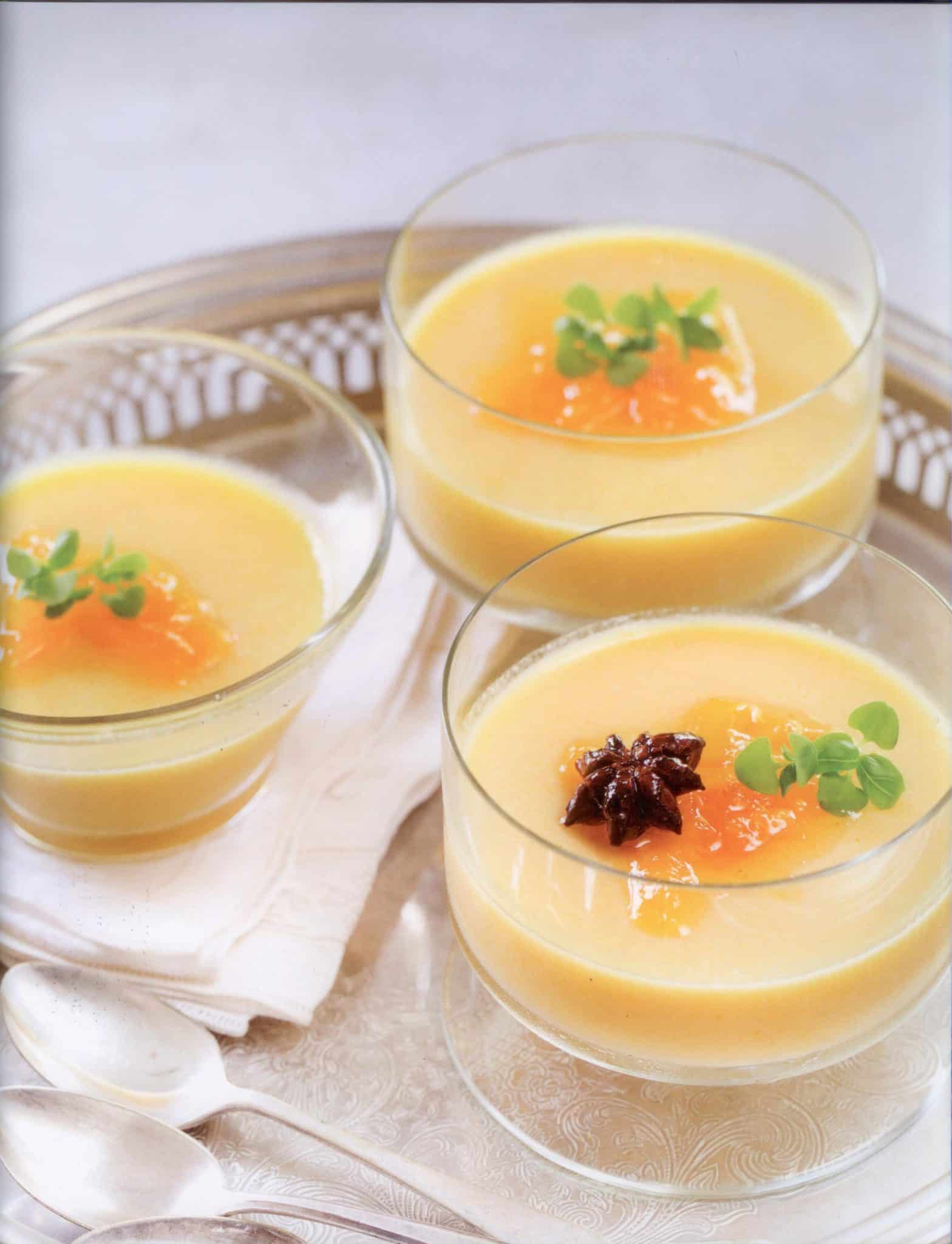 The Perth-based Joyce Westrip, a remarkable writer, is passionate about Mughal cuisine. Born during the British Raj, this 80-something Indophile has carried out extensive research on how the Mughal cooks cooked, stored their food and ran their royal kitchens. In her book Moghul Cooking, she traces the origins of some of our most traditional food items. This one, for instance, she discovered, was first invented by a Lucknowi cook who opened a shop that only sold these sweet pastries. 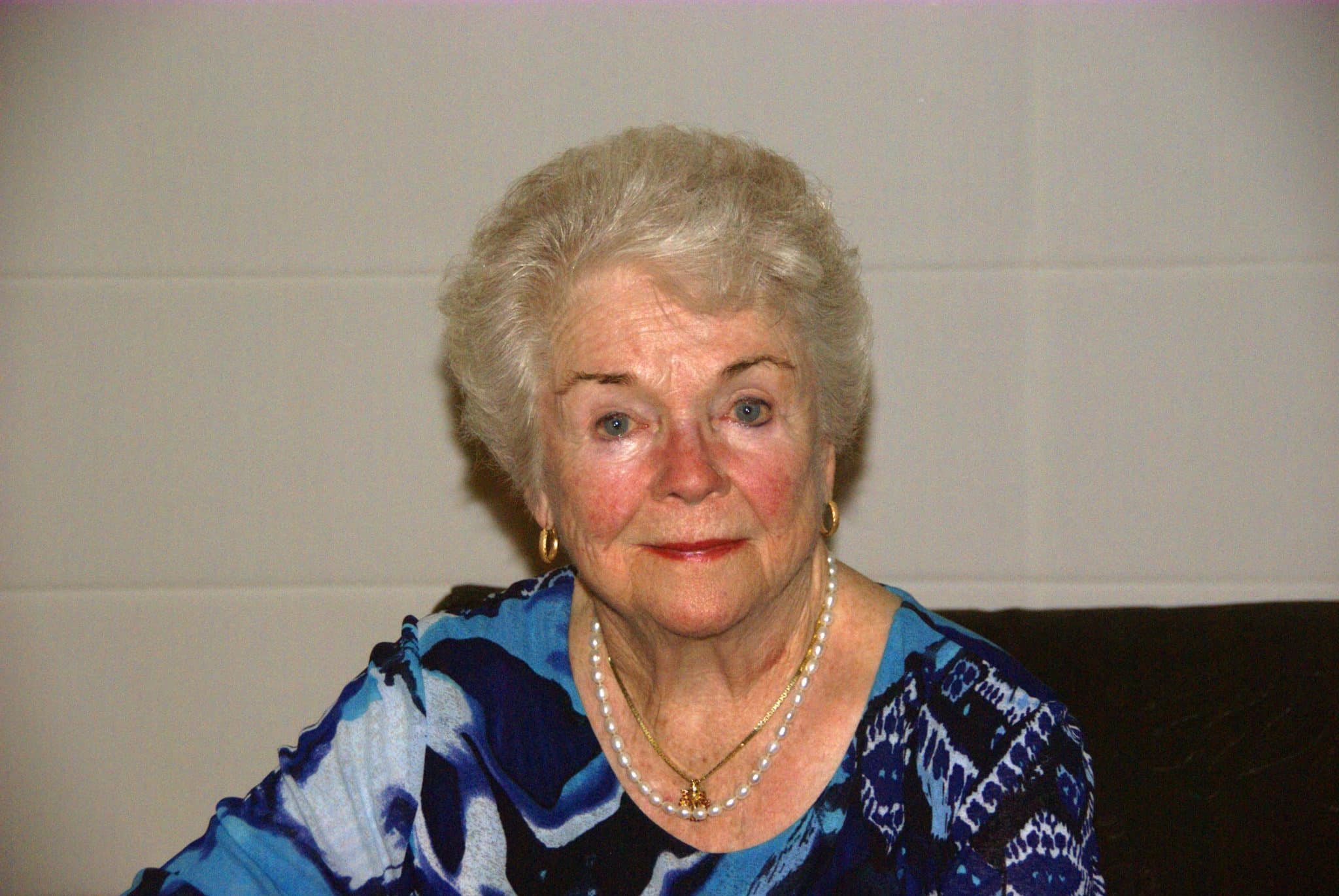 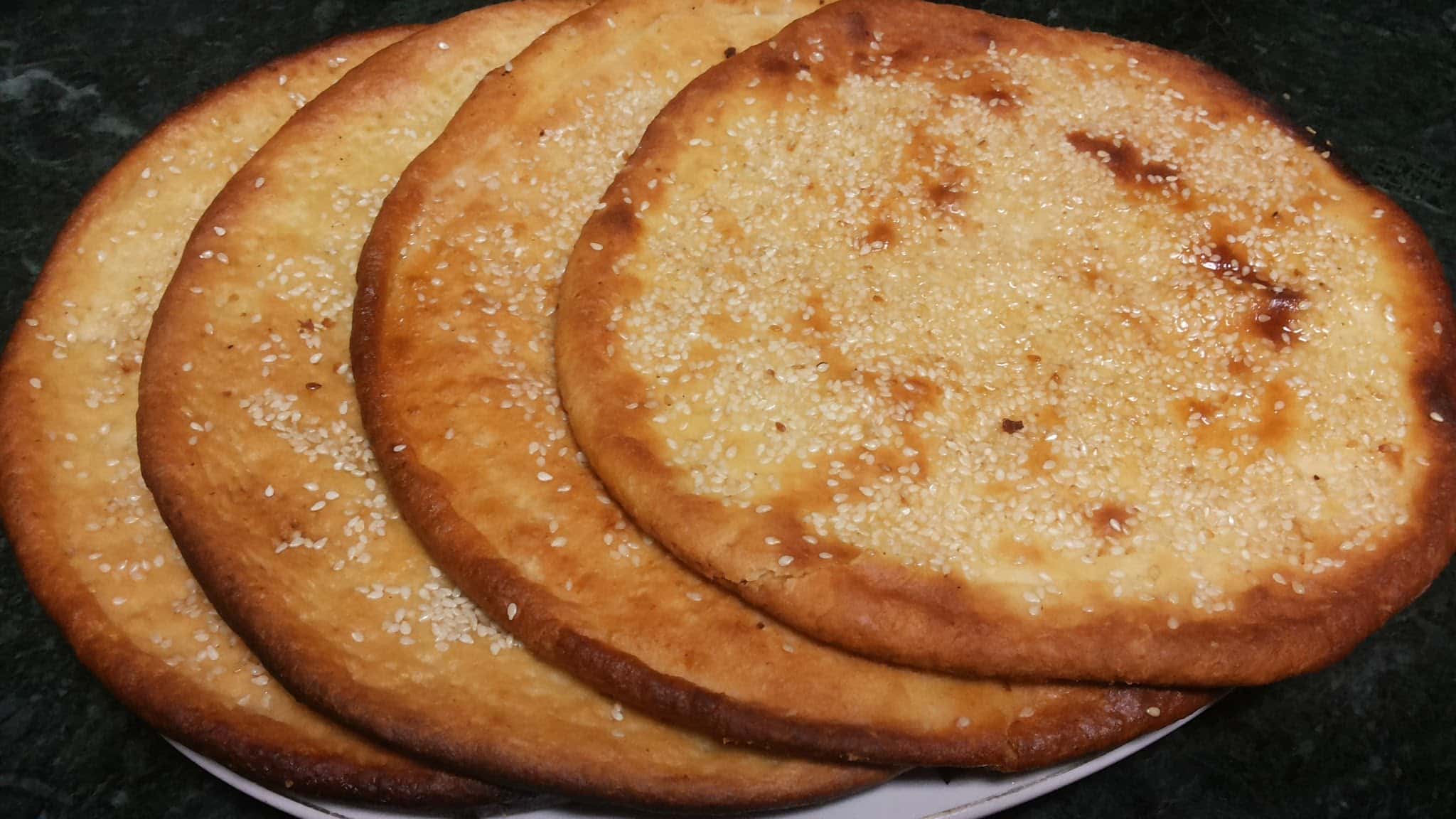 Mix the flour, salt and sugar into a bowl. Make a well in the centre, add kewra essence and gradually mix and knead in the milk to a dough consistency. Cover with a moist cloth and allow to rest for 15 minutes.

Knead 3 tbsp melted ghee into the rested dough and continue kneading on a work surface until you have a very smooth, soft, pliable dough. This could take 10-15 minutes.

Return the dough to the bowl and cover with a moist cloth. Set aside again to rest for 2 hours.

Dust the working surface and rolling pin with flour. Roll the balled portions out to 0.75 cm thick circles.

Grease a large baking tray with some of the melted ghee. Prick the surface of the sheermals with a fork. Bake in a pre-heated oven for 3 minutes. Take out of the oven and very quickly brush over with saffron-flavoured milk, allowing threads to cling to the sheermals. Return to the oven and bake for 5 minutes. Remove from the oven, brush with remaining ghee and serve with pureed fruit.

Super-easy finger foods to wow your guests this holiday season