It was a lively affair as former Labor leader and colourful media identity Mark Latham was joined by talkback radio king Alan Jones to launch their new cookbook, Conversations in the Kitchen at premier Indian restaurant Manjits at The Wharf.

For the book’s production, all 80 recipes featured in the collection were cooked by Manjits chef Varun Gujral and photographed at the family-owned Concord Function Centre.  He also recreated some of the recipes alongside traditional Indian fare for guests at the launch.

“The one single recipe contributed by Alan, the scones, was the hardest recipe to make out of all of them,” Manjits Group General Manager Deep Gujral told guests. “It was the one we took several tries to perfect. Varun had to redo the recipe over and over again until we were absolutely content with them. It took about seven or eight takes, but we got there in the end.”

Indeed the pressure was on to deliver as the sultana scones are a family recipe passed down to Alan by his mother, Beth.  Set on a table laden with fresh gardenias, the scones were served at the launch on delicate china plates, accompanied by generous amounts of thickened cream and strawberry jam.

Another culinary highlight was Varun’s take on ‘Mark’s Tuna Patties’. With a good kick of spice, and served dotted with lemon mayonnaise, the dish would make a simple but impressive entrée at a dinner party.

As regulars at Manjit’s (Mark’s favourite dish is the butter chicken and Alan’s is the lamb cutlets or the prawns), the collaboration was a natural fit.

Owner Manjit Gujral has known celebrity agent Max Markson for more than 25 years and along with Latham and Jones, “They like the atmosphere and the welcome we give them here, as well as the food”.

“One day we all sat here and decided to work together. Someone had to make and present the food and we got involved,” Deep told Indian Link.

For Varun, after Alan’s scones, among the several curry recipes, the butter chicken in the book was the hardest dish to recreate. “I was making somebody else’s recipe. This method was so foreign to me. The other items were quite easy to make – then again I do this for a living! But nothing in the book is overly complicated it’s good and easy for the average person cooking at home.”

What began as a gentle cooking contest between friends has emerged into a simple, family-friendly recipe book, interspersed with conversations between two often polarising figures. As Mark said at the launch, his working with Alan on a cookbook is “perhaps the most unorthodox pairing since (US rapper) Snoop Dogg joined (DIY personality) Martha Stewart in the kitchen!” 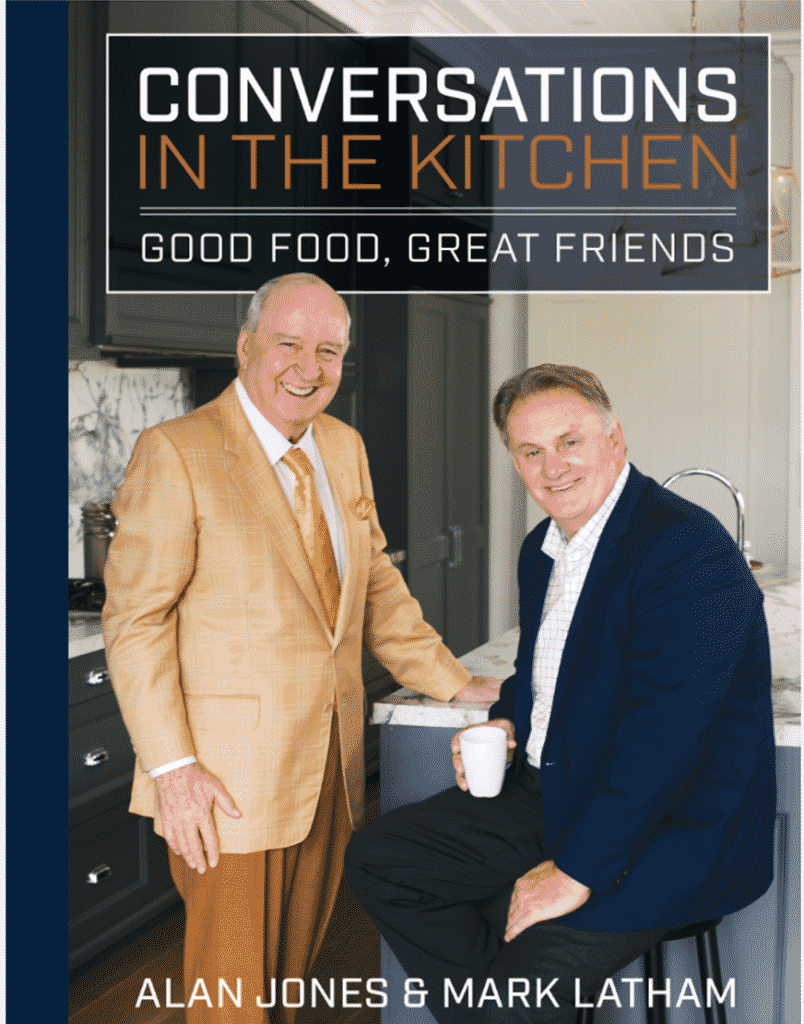 Latham echoed these sentiments. “With Indian, Thai, Vietnamese, and other cuisines, cooking these meals for your children opens up conversations about other parts of the world, which is a wonderful bonding experience.”

For Deep Gujral, “The Indian-inspired recipes are close, but not quite close enough! Those that want a true Indian flavour should come down to the restaurant and dine here.”

And the whole experience has inspired Varun to launch his own Manjit’s cookbook. “We’re already in the process and the details will be announced at a later date,” Varun said. “It will be three generations of cooking – traditional home-style grandmother’s recipes; the Indian food that everyone knows from my dad’s generation – your butter chicken and rogan josh; and then my style of contemporary fusion and looking to the future. But that’s at least a year away.”

How to turn leftovers into healthy new meals