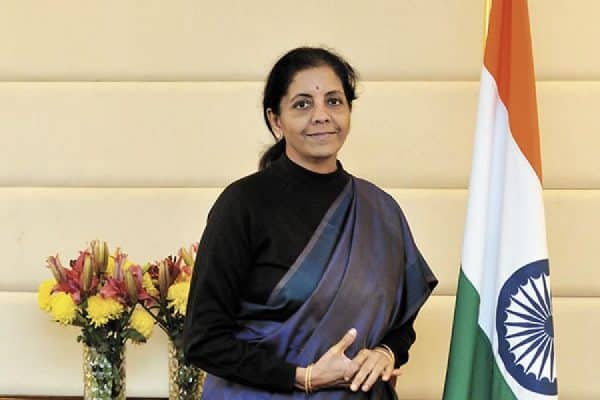 When Defence Minister Nirmala Sitharaman visited the India-China border on Saturday, she did not just review security there but also taught Chinese soldiers how to greet with a ‘namaste’.

The video clipping of the visit shows a Chinese soldier introducing one of them to the Minister, after which Sitharaman gave the traditional salutation of “namaste”.

Snippet of Smt @nsitharaman interacting with Chinese soldiers at the border at Nathu-la in Sikkim yesterday. Namaste! pic.twitter.com/jmNCNFaGep

“You know what namaste is?” Sitharman is seen asking a Chinese soldier who is speaking in English.

While some on the Indian side tried to explain what namaste was, Sitharaman asked them to let the Chinese soldier tell what he thought it meant. “He knows; let him say,” said Sitharaman.

“Does that mean nice to meet you,” the Chinese soldier asked. At this, she asked: “What would you say in Chinese”.

The Chinese soldier who was translating then explained his name meant ‘king’ in English, at which Sitharaman quipped: “And to have a king do the translation…”

Sitharaman was at the Nathu La pass on Saturday when she met the Chinese soldier.

The Defence Minister was on a tour to Sikkim after India-China stand-off and was also supposed to visit the stand-off area but could not due to bad weather.

On Sunday, Sitharaman visited Tezpur as part of her maiden visit to the Eastern Command as Defence Minister.

The visit, which is part of her familiarisation with all the formations of the Indian Army and the IAF, comes close on the heels of her visit to Northern Command recently and her visit to Sikkim on Saturday.

An official statement said the Minister extended her good wishes to the Air Warriors on the occasion of 85th Air Force Day as she interacted with them at the strategically important Tezpur airbase and reviewed its operational readiness, while seeing the Sukhoi fighter aircraft and other IAF assets first-hand.

Sitharaman also visited the Gajraj Corps headquarters where she was briefed by Lt Gen Bedi on the overall security situation in Assam and the Kameng Sector of Arunachal Pradesh and the operational preparedness of the Corps.

She subsequently visited Solmara Military Station, Tezpur where she interacted with the officers and jawans over a cup of tea and appreciated their high standards of military discipline and preparedness.

The Minister also extended her greetings to the troops for Diwali before her departure for Delhi.

William Dalrymple’s next being planned & researched through Lockdown