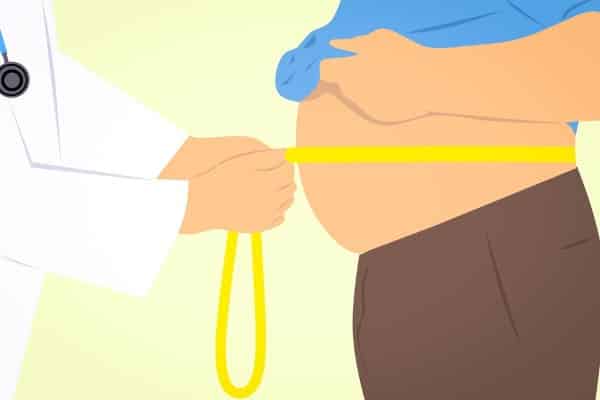 More Indians are getting fatter but fewer are undernourished as the nation goes from lessening the impact of hunger to developing the new health issue of obesity, according to the Food and Agriculture Organisation.
The number of obese adults has gone up in India from 24.1 million in 2012 to 32.8 million in 2016, according to The State of Food Security and Nutrition in the World 2019 report released recently.
Meanwhile, there was a drop in the number of undernourished Indians from 253.9 million in 2004-06 to 217 million in 2010-12, and 194.4 million in 2016-18, according to FAO reports.
The number of Indian children under five years who were overweight was 2.4 million last year, while 46 million were stunted, according to the report.
Globally the number of obese adults has gone up from 563.7 million in 2012 to 672.3 million in 2016, the report said.
FAO Director-General Jose Graziano da Silva said at the news conference releasing the report that obesity was a growing problem worldwide, becoming almost an epidemic, especially among children. The global costs related to the problems associated with obesity is about $2 trillion, almost as much as the price tobacco exacts in health and other costs, he said.
He said countries will have to control the obesity problem through taxation of sugar, fat, and salt, providing healthier foods, and ensuring that consumers get the right information about food products.
Children should be given fresh food and healthy breakfasts instead of cereals with high sugar content, he added.
Bullish on food.
The report said that an increase in the unemployment rate in India has possibly increased food insecurity, which is a lack of consistent access to food with people being forced to reduce at times the amount they consume.
Food insecurity has increased in Southern Asia “from less than 11 per cent in 2017 to more than 14 per cent in 2018”, the report said. “This possibly reflects an increase in the unemployment rate in India between 2017 and 2018”.
“In the Indian Himalayas, economic slowdown coupled with natural resource depletion and climate change negatively impacted on food production and employment opportunities. This resulted in increased threats to food security due to lower purchasing power,” it added.
The number of undernourished people around the world has come down from 947 million (14.5 per cent of the global population) in 2005 to 821.6 million (10.8 per cent) last year. But it has been rising slowly since 2010, when it was down to 785.4 million (10.6 per cent), mainly because of the situation in Africa.
IANS