Melbourne’s Dr Selvendra is honoured in this year’s Queen’s Birthday honours list for service to multicultural organisations, and to medicine. 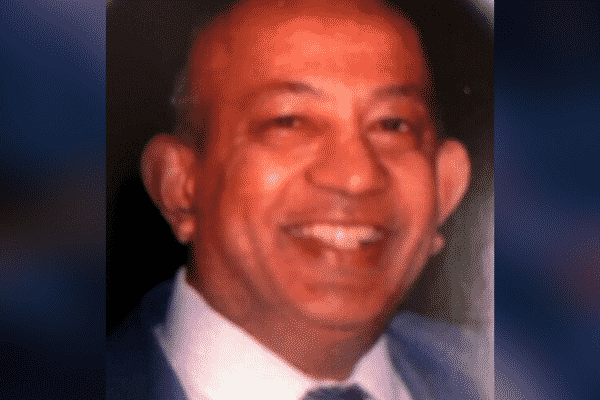 It was with characteristic humility that Dr Selvendra OAM accepted congratulations for his Queen’s Birthday honour.

“I’m grateful to the Australian government for recognising my services to the community,” he said with understated elegance.

He received the honour this year for service to multicultural organisations, and to medicine.

Many of Melbourne’s recent Hindu migrants might not have heard of Dr Selvendra, but they would all have visited community hotspots that he launched, or participated in iconic annual events that he began decades ago.

Foremost among these are three well-known places of worship that Dr Selvendra has seen grow from small-scale gathering spots to large community structures that now welcome prime ministers and public figures. These include the Hindu Society of Victoria’s Shiva Vishnu Temple, which sits on 15 acres of land at Carrum Downs. Dr Selvendra was a founding member of the HSV when it was launched in 1982, and continued to serve on its management committee until much later.

A devout Hindu, Dr Selvendra also founded the Sri Vakrathunda Vinayagar Temple at The Basin in 1990, and served as Chairman of its Board of Trustees for many years. The Temple was in the news last year for becoming the largest Hindu temple in the Southern Hemisphere made with handmade granite stones in the traditional style.

Dr Selvendra also remains deeply involved with the Melbourne Murugan Temple and Cultural Centre in Sunshine, a project initiated and developed by his wife Mani.

The Selvendras’ contribution to Hindu life in Victoria cannot be underestimated.

Dr Selvendra came to Melbourne in 1974 after his medical education in England, Scotland and Ireland. He practised as General Medical Practitioner and Surgeon, serving at Sunshine and at the Royal Melbourne Hospital, in a career that spanned 59 years.

The Sri Lanka-born doctor was also felicitated for his contribution to the multicultural community in the arts.

“In the 1970s, there really was not much in the way of arts for us in the South Asian community,” Dr Selvendra recalled. “Those of us who were arts inclined had to initiate programs ourselves.”

And so he became the organiser of dramas, film screenings, concerts, radio shows. The music festival platforms he organised have led the way to the high-profile Sruthi Laya Kendra and the Academy of Indian Music, Victoria. As a Carnatic music fan and artiste, he founded the South Indian Music Festival to mark the ardently followed Thyagaraja Aradhana, a tribute to the father of Carnatic music that fans all over the world celebrate to this day.

Melbourne’s first-ever Thyagaraja Aradhana was held at the Selvendra residence. It was the start of the Indian classical music scene in the community, leading to a string of concerts and fund-raising events.

As a performer himself – Dr Selvendra played the Jewish harp (morsing) – he can reel off a long list of high-profile touring artistes from southern India who he accompanied on stage.