The art of love lettering 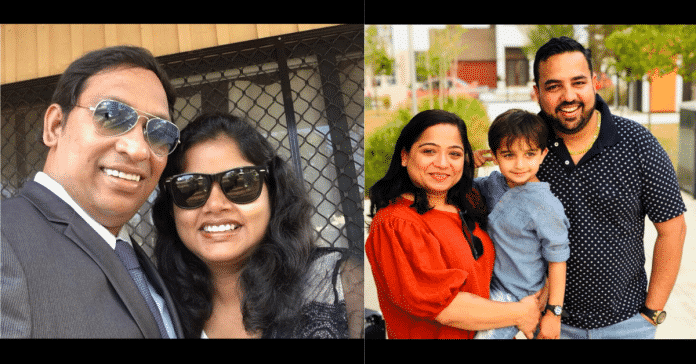 Prabhu Maligapogu knew his wife Neetha was listening as he read out his Valentine’s Day note to her live on Indian Link Radio.

“Every time I hold you and breathe in the scent of you, I’m taken to a peaceful and contented place. More than the walls and floors and ceilings, more than the trinkets and personal trappings of the place, you are my HOME.”

In it, he spoke of her smile that still reminds him of the girl he met seven years ago. The stray wrinkle and odd grey hair that bother her now, he described as ‘new trophies’. About their future, he said, “Life won’t always be mountaintops; sometimes we’ll have valleys to trudge through. I look forward to those days too, knowing that there is no other person I’d rather be with, rain or shine.”

Funnily enough, Prabhu revealed on air that he had participated in a similar contest way back in 1995 organised by the Times of India. His submission had not been picked then: all we can conclude is, the love has grown deeper as the years have gone by!
Prabhu and Neetha won a visit to Sea Life Melbourne at Coral Atoll, with a special four-course intimate Valentine’s Day dinner thrown in.

“I couldn’t believe Prabhu had won such a contest for me!” Neetha laughed. “We dropped off the baby at a close friend’s, and loved every minute of our evening at Sea Life.”

In the Sydney competition, physiotherapist Sangeeta Solanki claimed the top prize with her video submission of a series of post-it notes for her husband Bhavin. In it she detailed the history of their relationship in words and quirky stick-figure drawings.

“I had thought it up as this year’s card for Bhavin on Valentine’s Day, and I just sent it in when I heard about the contest,” Sangeeta told Indian Link. “I had no idea it would win!”
Sangeeta won a $100 dinner voucher from Dosa Hut restaurant in Dural.

Prabhu and Sangeeta were two of thirty letter-writers in the contest which ran from 4 Feb to 11 Feb. Designed and executed by Station Manager Ekta Sharma, the activity saw litterateurs from the community – Anu Shivram, Preeti Thadani, Suda Narayana – come in as guests to give tips on how to write love letters.

“Letters came in from other cities in Australia and even India, despite the prizes being announced for Sydney and Melbourne only,” Ekta said.

Of course the submissions were not restricted to Indian-origin participants alone.

Allison Dew, a teacher from Melbourne, wrote this for her husband: I love that I can now call you my husband and that after ten years together, I am still finding out new and interesting things about you. That we can act like it’s a first date, even if it’s been so many that I lost count. It’s more than love. It’s an overwhelming feeling of joy, fulfilment,
excitement… but also peace. Being able to talk to you, no matter what time of day or night, can make the feeling of anxiety that constantly settles in my stomach, dissipate as if it was never there. Thank you for the constant peace that you provide, even on the roughest of days.

Samantha took the opportunity to reach out to Mitch: I am writing to express my sincerest apology… It was a heartfelt gesture, turning up to the airport to surprise me after I had been away on a work trip. Believe me, I DID NOT see you when I walked out those airport doors, straight into a taxi, all the way home without realising you were there. Maybe our paths weren’t supposed to align that day…. I feel it’s time that I owe you, and ask, will you be my Valentine? I promise I won’t go home without you.

“In other submissions we had an infographic, Bollywood song inspired notes, office romance memories,” Ekta described. “One contestant wrote to ‘The one that got away’ and signed it off as ‘From the one you set free’. It was wonderful in its acceptance and forgiveness. She wrote, I wish for you to be happy, loved and respected not just by your special someone but by everyone around you.”

Other stand-outs were a letter written to a lost pet cat; a handcrafted card; a letter to oneself, and one for the family. “A selection from the letters have been put into a podcast,”
Ekta revealed. “Read out by our own presenters and set to music, you can listen to it on the Indian Link Radio app’s podcast section. Who knows, you might want to present it to
your own special Valentine!”

The contest as the latest in a series of contests Ekta has created and executed for Indian Link Radio.

‘I love getting the community involved – on air and on our social media channels,” she said. “In this latest activity, I was pleasantly surprised to see that old-fashioned letter-writing still appeals to many of us. You should see the length of some of the letters we received! In these times of WhatsApp and Facebook communication, it’s good to know that the art of wooing by letters is still not forgotten. If you enjoyed this contest, write us a letter to tell us! And watch out for our next community activity with prizes to be won!”

Download the Indian Link Radio app on your mobile phones if you haven’t done so yet.