Feeling safe with your partner | part one 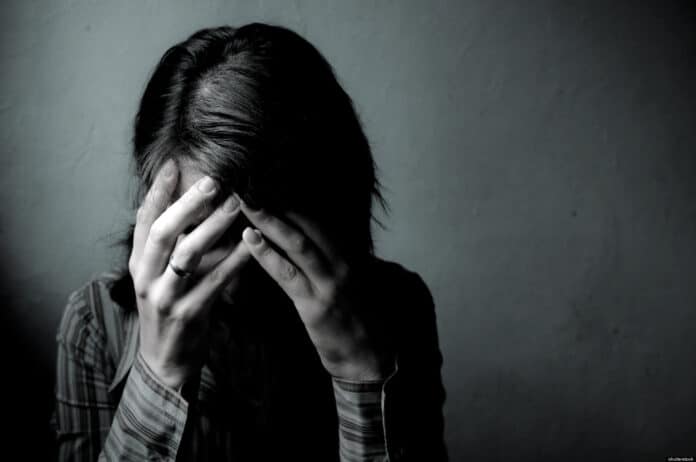 Reading Time: 5 minutesAs the issue of domestic violence gets on the national agenda, we look at how it affects our own community

When family violence campaigner Rosie Batty was announced as the Australian of the Year on Australia Day recently, the government was sending the message out loud and clear that it wants to tackle head on the ugly issue of increasing domestic violence in our country.

Batty, who lost her 11-year-old son to domestic violence last year in a case that shocked the nation, has alongside former Victorian police chief Ken Lay, been named as a founding member of a national advisory panel on preventing violence against women.

Meanwhile, the Royal Commission into Family Violence, recently announced by Premier Daniel Andrews, is slated to commence its work this month. Chaired by Justice Marcia Neave, the Royal Commission is tasked with proposing the most effective ways to prevent family violence, improve early intervention to identify and protect those at risk, support victims and make perpetrators accountable.

Even as efforts are being made in Australia to “protect the vulnerable, punish the guilty and save lives”, as Premier Andrews said, yet another Indian woman became a victim of violence at the hands of her spouse. Nikita Chawla succumbed to injuries allegedly inflicted by her jealous husband her for suspected infidelity. A former Presbyterian Ladies’ College Melbourne student (class of 2009), the 23-year-old, who ran her own Bollywood dance classes, was repeatedly stabbed with a knife in a fit of rage. Her partner Parminder Singh, 29, is currently in remand awaiting a mention hearing in May.

In another case Radhika*, born and brought up in Melbourne and currently working in the medical profession, separated from her husband within a year of getting married. The man she chose as her partner turned hostile as soon as they were married and allegedly subjected her to emotional and physical abuse. She stuck with him until it became evident that things would never change and her family intervened and saved her from further victimisation.

“My daughter, like many of her peers, had a protected upbringing. She was certainly not street-smart and had no idea how to handle the abuse,” Radhika’s mother claims. Radhika’s parents-in-law, who live in India, chose to take their son’s side in the matter.

“So what if he hits her occasionally? This is common in 99 per cent of families I know,” Radhika’s father-in-law says, justifying his son’s actions. “Your family must be the one per cent that do not resort to violence.”

UNICEF’s Global Report Card on Adolescents 2012 indicates that 57 per cent of adolescent boys in India think a husband is justified in hitting or beating his wife. Ironically, according to the report, over half of the Indian adolescent girls, around 53 per cent think, that a husband is justified in beating his wife. This is not to say that women will inevitably become a victim of wife-beating, rather it reflects on societal views, held by some, that accept such practices.

According to Radhika’s mother, her son-in-law got away with many of his actions, as he knew how to work the system and had no fear of authority. He would ensure that he hit her only to a point where there were no visible marks on her person. He would then taunt her to go to the police who he claimed would not believe her story if there was no proof.

“Even now, when Radhika is back with us and we have sought legal advice, we have been told by lawyers to ‘move on and treat this as a bad experience’,” Radhika’s mother says. “Apparently, as she has not come to any physical harm, no action will be taken against the husband. What were they waiting for? Would it take for her to be maimed or killed before any action is taken?”

In the case of Harmeet* his parents arranged his marriage to a girl from India. Within the first three months, the girl started demanding unrealistic amounts of money and a share in the family assets. When Harmeet refused to sign any documents, she returned to India and filed a Section 498A# case under the Indian Penal Code, and a domestic violence case against him, alleging dowry demands and abuse at the hands of the groom and his family. Harmeet is now afraid to visit India in case he is arrested due to her false allegations.

In Manav’s* case, he remarried a couple of years after his wife’s death in order to alleviate his loneliness. Giving in to the ongoing pressure from his family and friends, he agreed to marry a girl from India recommended by a common friend. According to Manav, within the first few days of marriage he discovered the girl was far more interested in his money and migration to Australia than their marriage. Her demands and behaviour started becoming unreasonable. Manav then found out that she had not disclosed that she had a ten-year-old son from a previous marriage. When Manav realised she could not be trusted he refused to continue the relationship or bring her back to Australia.

Manav claims that his new wife then filed a Section 498A case against him and his family, making several false allegations of harassment and demands for dowry. He later found out she had lodged a similar complaint against her previous husband.

Manav is currently back in Australia to resume his work, however his family is copping the brunt of the investigation and endless visits to the police station and the local courts.

Manav is very concerned for his family. He also fears that he will not be able to visit his ailing mother until the legal matters are sorted and that this could possibly take many years….

Passed by Indian Parliament in 1983, Indian Penal Code 498A, is a criminal law (not a civil law) which is defined as follows:

For the purpose of this section, “cruelty” means

(a) any wilful conduct which is of such a nature as is likely to drive the woman to commit suicide or to cause grave injury or danger to life, limb or health (whether mental or physical) of the woman; or

The offence is cognizable, non-compoundable and non-bail able. A wife/daughter-in-law or her relative can invoke 498a.

(Section 498A is sometimes being used as a “weapon rather than a shield by disgruntled wives.” See our article Marital blues that looks at NRI husbands falsely accused under this act)