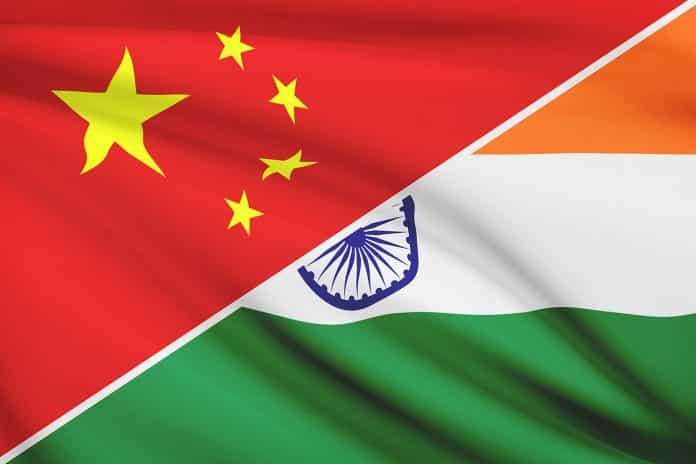 Reading Time: 4 minutesThe world has been transfixed by the rise and rise of China, the ‘Dragon’. There’s been a plethora of books written on it; ABC and BBC radios have broadcast a series of programmes and interviews, and The Economist has brooded over how ‘we got China so wrong’, and the inimitable Kishore Mahbubani’s numerous books including The New Asian Hemisphere: the Irresistible Shift of Global Power to the East have presaged a new
international order. Almost all of these commentaries have made attempts to make some sense of this tectonic shift in world economic and political power.

The books on the challenges and opportunities that the new China presents are far too numerous, and we cannot even begin to look into this vast and expanding literature.

We thought we will get a handle on the subject by exploring some books that look at both China and India, and use the words ‘Dragon’ and ‘Elephant’ in the title (no marks for guessing which one is the elephant).

Lo and behold, we found quite a few books matching that criterion. Never mind that the Indian economy is still a few decades behind China in terms of development, and of course,
the Chinese leadership has haughtily elevated its own claim to the status of a global superpower as ‘manifest destiny’ and dismissed Indian claims as that of an upstart. Indeed, China has worked quite assiduously in some ways to undermine Indian claims in that regard, but that is another subject altogether.

We will press on, in the hope that India’s economic growth will gather steam and catch up with China’s in the not so distant future. Many economists believe it will, so we will assume that will be the case. The first book that caught this reviewer’s eye was one by David
Smith, the economics editor of The Sunday Times, called The Dragon and the Elephant: China and India in a New World Order. In a nutshell, Smith argues that the rise of China and India will be seen, in hindsight, as the defining development of the 21st century. The world is already tipping eastwards, and Smith alerts us to the implications of a shift in global power to Beijing and Delhi. Smith’s comparisons of the two are interesting. How
aggressive a superpower will China be? Will India’s growing population and economic prospects place it in a more advantageous position?
The book combines sharp analysis with a highly entertaining writing style, and engages the intellectually curious reader thoroughly, even if he or she is not particularly literate in economics.
The second book is called The Elephant and the Dragon: The Rise of India and China and What It Means for All of Us, by Robyn Meredith, a journalist (Forbes magazine, Hong Kong) like Smith, but American. Like Smith’s, this book too examines the rise of the two powers and how they are reshaping the world already. The two countries have embraced capitalism and globalisation, and this has startling consequences for the world: huge buildings are going up in India, housing workers who work exclusively for US companies; huge manufacturing corridors in China produce goods for the US market; US companies employ engineers in India to design goods which are then used as blueprints and produced in China for the US market. This cycle is drawing more and more people into an integrated world economy which is benefiting everyone.

Being an American, Meredith enjoins fellow Americans to take stock of the changes, understand them and adapt to the new environment. She believes the US should respond by being innovative in their job-creation strategy in the face of global competition. I was also surprised to find a monograph produced by the National Research Council in the US, titled The Dragon and the Elephant: Understanding the Development of Innovation Capacity in China and India (2010) authored by Stephen Merrill, David Taylor and Robert Poole.
They argue that there has been remarkable growth in innovative capabilities in a number of countries that 30 years ago were classified as developing economies. Taiwan and South Korea, followed by China and India, are the leading examples of this phenomenon. How well China and India succeed in this endeavour will have a huge bearing not only on
the welfare of their own populations, but global economic welfare as well.

Yet another book titled Dragon and Elephant, co-authored by Ashok Gulati and Shenggen Fan, looks at agricultural and rural reforms in the two countries. It also provides policy insights for the continuing reform processes there and in other developing economies. Does the sequencing of reform and an agriculture-led package matter? How can the two largest countries cooperate in agricultural economic development, and work together in multilateral organisations such as the World Trade Organisation, to address concerns of developing countries?
These and other question are addressed in the book. Unlike others writing on the subject, Gulati and Shenggen look at ways the two giants can learn from each other.