It’s time to stand up, not stand by

Bystanders have the power to intervene and call out against domestic violence before it escalates. 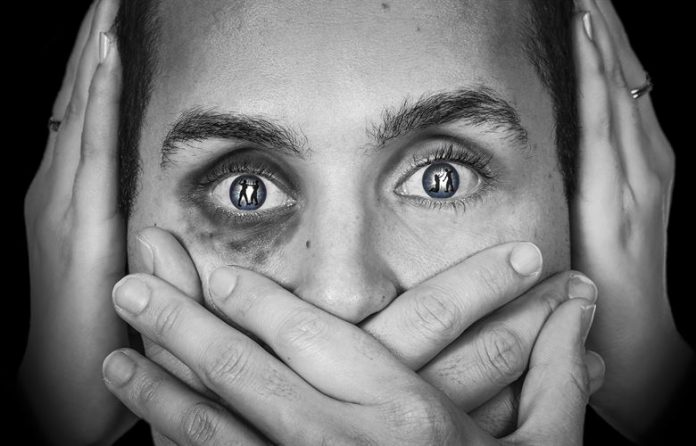 Reading Time: 4 minutesOur community cares about violence and abuse. They rarely need to be prodded to care about the 37 women in Australia who have been killed by violence this year, nor the overwhelming majority of Australian women who have experienced physical, sexual, emotional or financial violence from either their partner or a person known to them. They
“Like” and Share posts and articles about gender-based violence, and they support initiatives which work to combat the impact violence has on the people who endure it. These people, it can be fairly said, do not sound like passive bystanders who enable
violent abusers. Except, many of them are.

Increasingly, people in our community are grappling with a heightened awareness of domestic abuse and violence, and the nuanced ways it presents, yet remain fundamentally unsure or unwilling to respond to it. This has resulted in a frustrating sociocultural atmosphere which continues to permit abusers and discredit victims.
What is a bystander?
In the context of bullying and violence, bystanders are the people who either witness the problem happen or hear it about it afterwards. Often assuming a passive role, bystanders tend to think of themselves as neutral entities in the ‘drama’ of others.
This is rarely the case. Whilst some bystanders encourage or incite abuse by openly goading and supporting abusers, the vast majority are passive bystanders. The Centre for Education’s “Eye on Bullying” program explains, “Most bystanders passively accept bullying by watching and doing nothing. Often without realising it, these bystanders also contribute to the problem.”

How come people don’t speak up?
Most commonly, people come to know about abuse impacting those in their immediate lives either from first-hand experience (rare, as most family abuse takes place behind closed doors) or through the disclosure of someone who has experienced this abuse. Largely, we are inclined to believe our friends and families when they disclose abuse to us, however the question of ‘what really happened’ and the notion that ‘there are two sides to every story’ often permeates silently in the room.
Additionally, there is the stereotype of the ‘crazy-ex girlfriend” trope, which disproportionately demonises women. Oftentimes after the dissolution of an abusive relationship, men are freer to circulate stories about the women with whom they were involved, whereas women are bound by family violence interventions, other legal orders or, grimly, they have been silenced by death.
When stakes are this high, it is understandable that the instinct is to distance one’s self from the situation. Research shows that the most common reason passive bystanders do not intervene are:
 They think, “It’s none of my business.”
 They fear retribution or becoming another victim.
 They feel powerless to stop the abuser and don’t
know what to do.
 They don’t want to draw attention to themselves.
In subcontinental culture, the pressure to remain silent and removed is immensely greater. The impetus is greatly on the victim to bear the abuse, often as a familial duty, rather than to speak out and seek support.
Attitudes are changing in this regard, and more and more women are leaving abusive
relationships, however the preference for silence endures.
Why is this a problem?
Passive bystanders prop up abusers by providing them with the acceptance they crave. Many abusers display narcissistic tendencies and seeking approval from peers is paramount. Passive bystanders provide this very thing by condoning their behaviour and allowing it to continue. As the victim incurs abuse, passive bystanders give social acceptance to the abusers.
Everything from actively continuing relationships without a word to more discreet connections, such as maintaining “Facebook friendships” all send the message to abusers that their behaviour is fine, and they are fine to go on with their lives as though nothing is amiss. It is this silence which leaves the abuser free to continue the abuse.

What can you do instead of standing by?
Speaking up is hard. Confronting friends and relatives is hard. It is even harder if they are your elders, or people with more social and economic power than you. It can be daunting, often because abusers either are outwardly intimidating or so charismatic and lovely that it would seem preposterous that they could be abusive. However, to create a society that is safer for everyone, we must stand up to abuse.
You can do this by:
 Cutting off ties with the abuser, even connections on social media, whilst seemingly fickle, inversely affetcs the abuser’s sense of self and community acceptance. Saying, “I will be involved with this person no more” sends a strong message that you believe their actions are intolerable and sends an equally strong message of support to the victim.
 Ask yourself, “Do I take the courageous step of saying something when my loved ones are suffering?” “Do I even talk about any of this stuff at all?”
 Believe victims and follow through. Offer support, educate yourself on ways to provide support and encourage victims to seek assistance if they are in danger. Check in on them again later.
Passive bystanders have great power, in their masses, to intervene in situations and call out behaviour before it escalates. And as the old adage goes, with great power comes great
responsibility.