Home Education India-Australia: What it’s like living in India for an Aussie expat

Just as the average Indian migrant faces a mixed bag of experiences – some pleasant and some challenging – it’s a tricky affair for Aussie expats living in India as well. We speak to such Aussies about their life in India – what took them there, what they do, and what they have learnt about a different culture and a new way of life. Here, we chat with expat Shaun Star, Associate Professor at Jindal Global Law School. 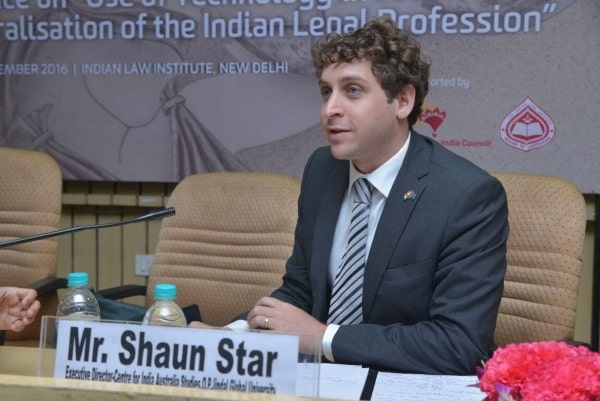 What do you do in India?
I have been living and working in India since 2010. I first came as a Prime Minister Asia Endeavour Scholar to study at the National Law School of India. Although my wife and I only intended to spend a year in India, we are still here a decade later! Since then, I have co-founded and chaired the Australia India Youth Dialogue (AIYD), worked as a corporate lawyer and worked in operations for the Indian Premier League. I currently work as an Associate Professor at Jindal Global Law School where I also run the Centre for India Australia Studies (CIAS). The CIAS is the first and only centre with a focus on the India-Australia bilateral relationship that is embedded in an Indian higher education institution.

As Executive Director of the CIAS, I work closely with a number of Australian education institutions to create awareness about India as well as pioneer opportunities for student mobility and research collaborations between Australia and India.

What challenges have you faced at work?
One of the biggest challenges has been to create an Australian imagination in India. In my experience, the perception of Australia in India has very much revolved around stereotypes such as cricket and kangaroos. Much of my work with the CIAS and the AIYD has been to break down these stereotypes and create awareness about Australia in India (and vice versa).

Until recently, Australia has not necessarily been a priority destination for the best and brightest Indian students due to these perceptions. However, as the bilateral relationship between India and Australia grows, and the awareness about Australia increases, this trend is changing. Helping build momentum in this space has been a challenge of CIAS and AIYD over the past decade.

How did you first get to India?
When, in 2010, I was awarded the inaugural Prime Minister’s Australia Asia Endeavour Award, I could choose to study and work in any country in Asia. Despite the fact that the majority of my cohort decided to go to Australia’s traditional Asian trading partners China, Indonesia and Japan, I chose to go to India because of the similarities in the legal framework with Australia. Through this scholarship, I spent a year studying Indian law at the National Law School of India in Bangalore. It also provided me with the opportunity to gain valuable experience working in a law firm in India at a time when there were very few foreign lawyers in India.

My wife and I loved living in India so much that we never went back! India has become our home – so much so that our one-year-old son’s first spoken word was in Hindi rather than English!

Why aren’t there more Australian companies in India?
This is an important time in the bilateral relationship and there seems to be a lot of momentum in favour of increased trade activity. The release of the Peter Varghese report is evidence of this and with strong government support on both sides, this might catalyse stronger trade relations. 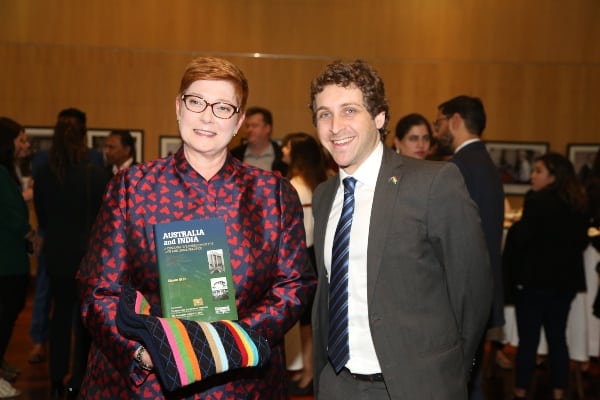 However, the reason that I feel that Australian companies are reluctant to come to India is partly due to a lack of awareness – both in terms of the opportunities and the business culture. I have been fortunate enough to have advised a number of Australian companies enter into India over the years and many of them have reaped the rewards of their investments here over time. Unfortunately, if you ask any businessperson in Australia about doing business in India, they have all heard anecdotes about investments or business relationships where something has gone wrong. We don’t publicise the success stories of Australian business in India enough – and there is an increasing number of these.

Let’s talk about your personal experiences of India now. What was your first impression?
When I arrived at Bangalore airport in June 2010, I had never been to India before! While there were some initial challenges negotiating the cultural differences, overall, I was struck by the incredible hospitality of strangers and new friends. When we first arrived, we knew no one and had to rely on the kindness of others to help us settle in and acclimatise. Some of the friends that we made early on remain close friends today.

Adjusting, what was the most difficult bit?
Adjusting to Indian culture, or for any culture for that matter, is all about perceptions. If you keep looking at everything through an Australian lens, and compare things with what you are used to (and what seems normal), you are unlikely to adjust. If you approach a new culture with an open mind, adjustment becomes easier and more enjoyable. In saying that, getting used to masala in Indian cooking took some time and I used to crave simple things like mashed potato or lasagne (I now, however, often find food in Australia quite bland!).

What did you find to be the most strange?
Driving! It took some time to understand that certain road rules are more like “suggestions” and lines on the road are more decoration than guides!

Figured out the head wobble?
Yes, absolutely, I even wobble my head when I am speaking on the phone. My family in Australia think I’m mad…

What was the easiest thing settling in India?
The warmth and hospitality of people. Apart from having developed amazing friendships with Indians from work and other activities, I am part of an expat cricket club in Delhi. Here, I have made some amazing friends from all over the world and played cricket with them throughout the country.

How did your neighbours treat you when you first moved in?
We have had a good relationship with our neighbours across the various apartments we have been in throughout India. We have been regularly invited for chai or a meal and to talk about cricket, politics or Bollywood. Indeed, we have been so warmly welcomed into our community and our son is so well known in the street that everyone, from the presswallah to the chowkidar to the uncle in the flat next door to the aunty on the first floor, stop to say hello to him and give him treats. 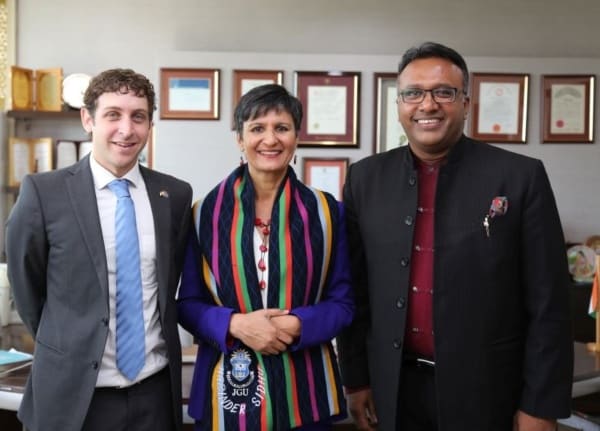 Apart from family and friends, what do you miss about Australia?
It is difficult not to miss the outdoor lifestyle, climate and infrastructure. In Delhi, the extreme temperatures over summer and pollution over winter make it difficult to play sport outside, or even go for a walk to the market.

What’s your India bucket list?
I have been lucky enough to experience a lot of things in India be it professionally, through travel or in sport. Top of my bucket list would probably be to witness an India-Australia World Cup Final, as the atmosphere in Indian stadiums is always electrifying. Watching the Quarter Final between India and Australia in 2011 was amazing (despite the result).

Professionally, I would like to provide student mobility opportunities that will allow 1,000 Australian university students to experience and engage with India during their studies. A student mobility program to India changed my life, and I want to afford that opportunity to the next generation of Australians. 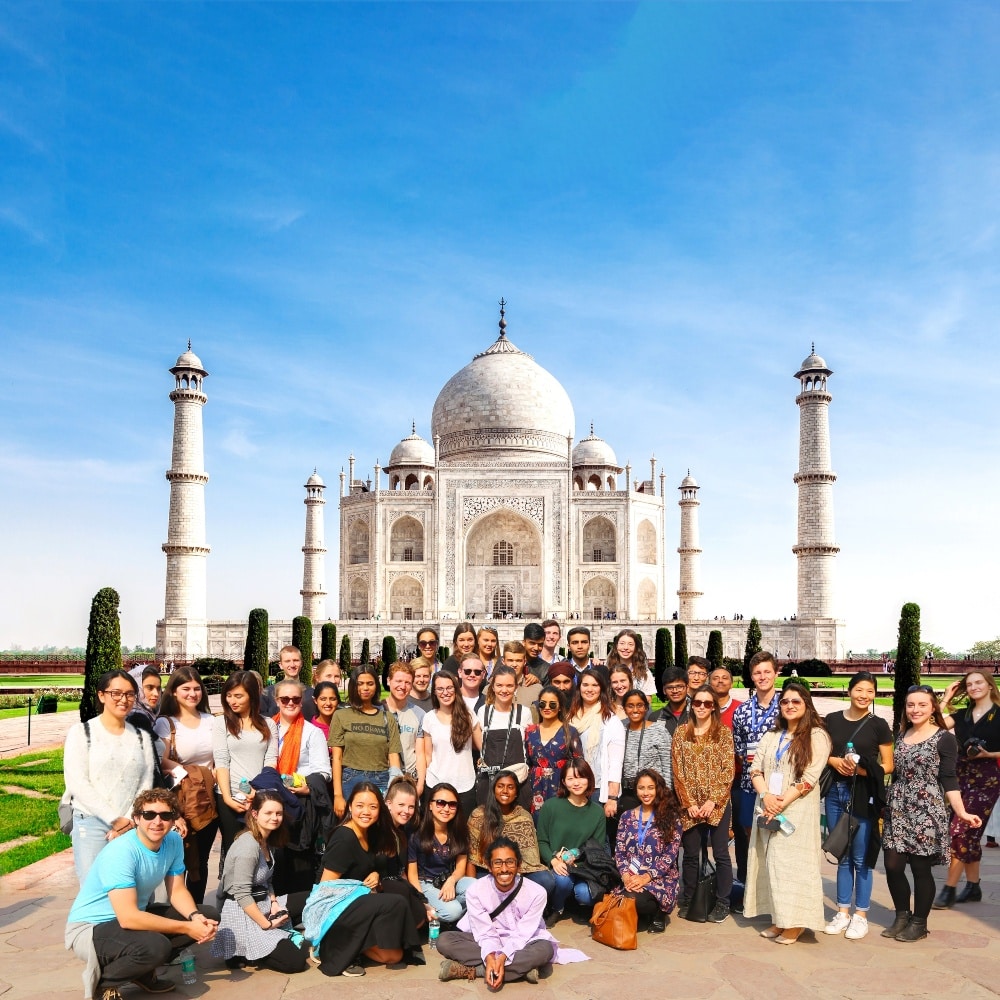 Do you see yourself long-term in India?
After spending a decade in India, it will be very hard to leave as we have built a life here. Nevertheless, regardless of where we are based, India will always be a place I remain engaged with on a personal and professional level.

Read a book by an Indian writer?
My wife and I have quite an extensive India library which includes non-fiction such as works by Shashi Tharoor and fiction such as the writings of Arundhati Roy.

Know any Hindi words?
Yes, enough to know what my students are discussing when they think I do not understand.

Favourite local dish?
Too many to list here, but having lived in Bangalore for a number of years, I can’t go past a good set dosa for breakfast! These days however, we tend to eat more Bengali food, as we live in a Bengali colony in Delhi.

Cook anything Indian?
I’m not great in the kitchen, but I can whip up a dish of poha if required!

Seen a Bollywood movie?
Yes! Too many to count!

Any advice to Aussies looking to work in India?
If you are given the opportunity to experience India, go for it. Embrace the culture, eat the varying cuisines and travel widely. 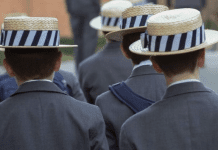 Lessons from the Shore muck-up day saga: Making men out of our boys