Recognised for service to Indian music and dance 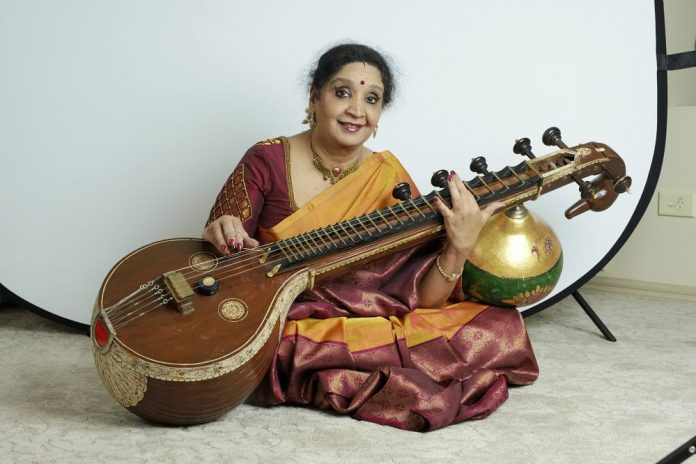 Classical Indian music lovers in Melbourne would know Shobha Sekhar well.  Her Kalakruti School of Indian Classical Music has trained many young musicians in vocal Carnatic and Veena. Many graduates have gone on to scale great heights in music.

She has organised exquisite musical soirees to innovative concerts, and is an accomplished musician and performer herself. She is the Melbourne correspondent of the respected music journal Sruti; has been the president of FIMDV (the arts wing of the Federation of Indian Associations of Victoria) since 2017; has taught at the Performing and Creative Arts department in Melbourne Polytechnic, and now teaches music at the University of Melbourne.

“I feel chuffed and honoured at being awarded the OAM,” she told Indian Link. “My first reaction was to ask myself, ‘what more can I do now, and better?’ I feel more responsibility has been thrust upon me by this award, and that it is incumbent on me to do more for society. As a musician and a performer, I have always looked forward to feedback from the audience and the public – so this recognition has bolstered me further.

That the Australian government has recognised my achievements is an endorsement of me as an artiste, a teacher and performer, and I feel honoured on behalf of the entire Indian music fraternity.”

With 2020 being what it is, Shobha claims she has felt increasingly drawn towards the significance of mental health, recognising that she has been fortunate to have been in a profession such as music which has played a big part in keeping her and others sane in these trying times.

Shobha was steeped in Indian classical music from a young age. She comes from a musical family and has learnt from great Carnatic stalwarts such as D K Jayaraman, D K Pattammal, K S Narayanaswamy and her own mother Mangalam Muthuswamy, a great exponent of the veena.

She was already a performer when she left for Singapore in her 20s, and remembers with particular fondness the five years she spent there. Those were ‘golden years’ for her as both a musician and a columnist for The Straits Times, a role in which she had the opportunity to meet, interview and rub shoulders with musical giants such as Amjad Ali Khan, Maharajapuram Santhanam and Lata Mangeshkar. She learnt from them the importance of hard work, perseverance, dedication and single mindedness of purpose.

“When I first arrived in Australia 25 years ago, I did not find the environment conducive to Indian classical music,” Shobha recalled. “Many of my students did not come from families who were conversant with the art form, had no background in music, and parents would often ask – after a student had attended a couple of classes – when their child would be ready for their arangetram!”

It is different now, observed Shobha: there is greater appreciation and understanding of Indian classical music in Melbourne, and her Kalakruti School of Music has grown by leaps and bounds, producing some of the most talented young artistes in our community.  She has continued to instruct students via online classes during these tough times, and has tried to keep them motivated.

“I am proud to say my students have taken to it like fish to water, and have wanted to keep going even while I would have liked a break!”