One year since the announcement of border closures, international students are staring down an uncertain future in Australia. 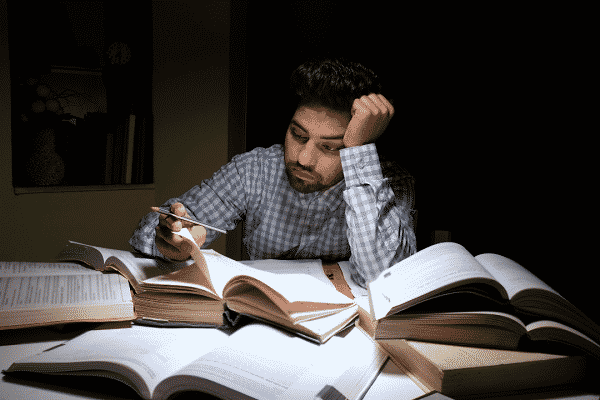 Chasing the promise of high-quality education and a better future, thousands of Indian students throng to Australia each year to start a new phase of their lives. In the last decade, this has transformed the country into a coveted education hub – and became the fourth biggest export industry after iron ore, coal and gas.

When the going gets tough, though, it seems there’s a different story to be told.

Since border closures in March 2020, thousands of Indian international students have been left in the lurch by a government that has seemingly no plans for their return.

“We are not the virus, please let us in,” read the petitions addressed to Prime Minister Scott Morrison.

To many students, the silence on these issues is telling of a country that cares more about their fees than their future.

“It’s a terrible, frustrating situation. I wouldn’t wish this on anyone,” said Pankaj Yadhav, a postgraduate student of civil engineering at the University of Technology Sydney (UTS).

Currently in Bhopal, he was compelled to fly back to India in the height of lockdown after a death in the family. While coping with this personal loss, he was forced to continue his studies online.

“Like most students, I wanted to stay in Australia to finish my degree, apply for temporary residency, try to get a job, and start a new life. There’s no certainty anymore,” he told Indian Link.

Pankaj is one of nearly a hundred Indian students from UTS alone who have approached their university to facilitate their travel back to the country, through charter flights and quarantine arrangements. A similar petition was supported by Indian students at the University of Sydney.

Such an arrangement wouldn’t be a first in Australia. In December 2020, Charles Darwin University in the Northern Territory successfully brought back 70 international students via a pilot program, allowing the students to quarantine for two weeks in a former workers’ camp near Darwin.

Most students view these kinds of arrangements as a win-win situation. After all, recent figures by the Australian Bureau of Statistics have indicated border closures to international students have cost the education sector a loss in revenue of nearly $9 billion.

(More than 40 per cent of Australia’s annual university student revenue comes from international students. Indian students alone brought this sector of the economy $6.6 billion in the 2019-20 financial year, second only to students from China.)

Unfortunately, governments have been unable to finalise a clear path forward. When NSW Treasurer Dominic Perrottet recently suggested international students quarantine in Hobart hotels before travelling to NSW, he was shot down by Tasmanian Premier Pete Gutwein, who stated their priority lay with the safe management of seasonal workers and their own international students.

“I think there’s a lack of communication and understanding to the seriousness of this issue for us,” said Gaurang Kudalkar, a postgraduate student of aerospace engineering at the University of Sydney.

Like many others, he quit his full-time job in India to commence his studies in Australia and had to settle for online classes when borders had not opened by the first semester of 2021.

“In my degree, there’s a lot of mathematics involved and it’s not easy to study this online. I wake up at 3 AM in Mumbai to attend my lectures. If I have doubts, I have to wait almost an entire day to hear back,” he shared with Indian Link.

He’s not alone in voicing concerns that online classes do not replace the on-campus experience. Most universities have provided fee rebates and other measures in a show of financial support, but they barely make a dent in the considerable fees paid by international students. It’s no wonder then that the number of new Indian students enrolled at Australian universities dropped by more than 80 per cent in the latter part of 2020.

While he too has considered deferring his university offer, Gaurang remains conflicted with the whole situation.

“What if borders open by June? But if they don’t, what am I supposed to do for the next 4-5 months?” he said. “There’s no clarity. We pay a huge sum of money at these universities to get international exposure and network with others. We’re not getting any of that now.”

For many students still enrolled, their aspirations of building a life in Australia as a new migrant have been left in limbo. In recent UNSW graduate Yashvi Brahmbhatt’s case, it’s the lack of definite answers that’s most concerning.

“My student visa expired in January this year and I would typically have the option to apply for temporary residency. There’s been an extension for students off-shore to file their paperwork, but without knowing when borders are open, it’s difficult to know when to apply. I just feel stuck,” she told Indian Link.

Currently in Ahmedabad since March 2020, Yashvi describes the ordeal as physically, mentally, and emotionally draining.

“Students don’t feel supported. It’s no wonder so many came back to India during lockdown. I feel like the government doesn’t have a clear vision on what to do,” she said.

At the most recent National Cabinet meeting in Canberra on 5 March, international students were devastated to hear the international travel ban was further extended till June. They have now planned a coordinated “email storm” on 17 March, asking all Indian international students to email their respective universities for a clear timeline on when they can return. In Delhi, a protest has been planned in front of the Australian Embassy on 22 March to make their voices heard.

“I really wonder if the government is even trying to think about the international students. When Scott Morrison commented that it’s time for us to ‘go back’, we were all understandably upset. Where is the humanity? I understand wanting to help stranded Australians, but you make us feel like cash cows,” lamented Yashvi.

The impact on mental health is also a source of concern. Students interviewed for this article admitted to feeling depressed, the agonising uncertainty of it all impacting their mental well-being. They feel stuck in a rut, heavily burdened by the huge amount they have to pay to unis as fees. Many students hoped that part-time work here would help them fund the degree, but left in India, they feel like they’re merely surviving instead of thriving.

Students who chose to stay back in Australia suffered similarly, all but forgotten when the pandemic raged on. It was desolation as many lost their jobs in the hospitality industry. They survived on community welfare and handouts.

The government did their bit eventually help, by lifting the 20-hour work ban in certain crucial sectors. But this did nothing to assuage the feelings of abandonment by international students. “It’s really about filling the worker gap in aged care and restocking in supermarkets, not about helping students,” student Nirmal Joy wrote in Indian Link last year. “Cash cows once, able-bodied labourers now.”

Almost a year to the day since Australia closed its borders, international students are still struggling. Granted visas mean nothing to those who have given up opportunities, taken education loans, and bet on a country that has only turned its back to them. It’s no longer the time for sympathy – it’s time for meaningful action.