On the centenary of the start of World War I, we look at the contribution of undivided India to the war effort 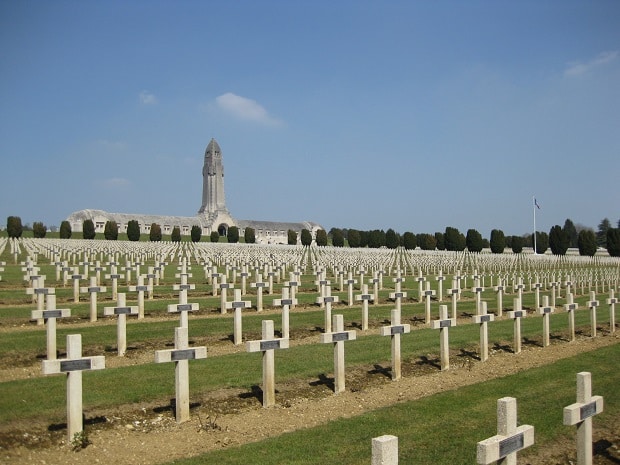 Driving through the Adelaide Hills recently, I was enjoying the passing scenery, when a roadside epitaph caught my attention. The sign indicated the name of the locality: Verdun. Verdun! It sparked a chain of poignant memories, taking me back to my trips to Western Europe in the late 1990s.

The Verdun that is vividly etched in my mind is the (in)famous battle ground of World War I, a killing field that saw over 700,000 casualties on the warring French and German sides.

Ringed with forts, Verdun was once an important citadel in the Lorraine region of France. But when I visited this lovely little French city on the river Meuse, it was an awesome spectacle in a different way. What must have been a terribly traumatised war zone had been transformed, by dedicated hands and forgiving nature, into a tranquil memorial for the unknown thousands who died on this soil.

Verdun represents a deeply moving tribute to soldiers who perished in battle. A sweeping green landscape covered with rows upon rows of neatly laid out crosses, more than 15,000 in number, over which handsome memorial shrines and other structures stand sentinel. An eerie peacefulness reigns over the now sanctified land. The senselessness of a war that killed thousands hit me, as never before, like an immense blow, that day almost two decades ago. 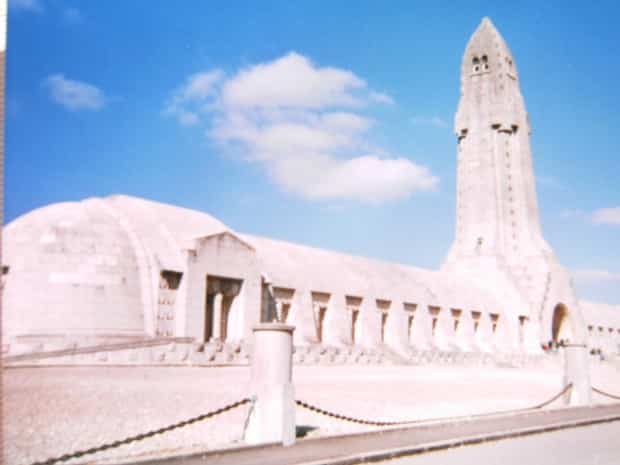 As I contemplated the famous Verdun, after my chance foray into its namesake in Adelaide, my thoughts swung to the graves of Indian soldiers that I had also visited in Europe. Like the one in Forli, Italy for sepoys deployed in World War II. Lost soldiers, unknown in India, but their memory beautifully nurtured by citizens of a foreign land.

It is strange but true, that thousands of European soldiers perished in the battle fields of Europe during the two World Wars – but so did thousands from the far-off Indian subcontinent. The death toll for Indian soldiers during World War I alone is said to be around 74,000, taking into account the extended war theatres in Turkey and the Middle East also. Of those who could return home, more than 67,000 were injured. 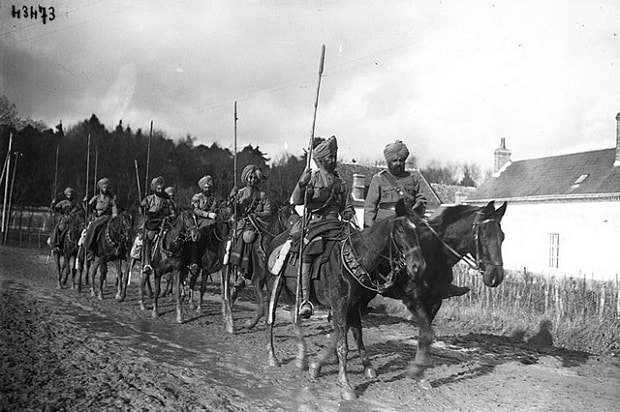 Undivided India was the largest contributor to the war effort among all British colonies a hundred years ago. It sent over 620,000 combatants and 470,000 non-combatants overseas between August 1914 and December 1919. They went into battle in lands as diverse as France, Belgium, Turkey, Middle East and parts of Africa including Egypt. They participated in many famous theatres of operations during the World War I, like Neuve Chapelle, Loos and Somme in France and Ypres in Belgium. They earned countless decorations, including eleven Victoria Crosses, for gallantry in action.

The casualties among Indian soldiers deployed on the Western Front during World War I are estimated to be over 62,000. The soldiers fought at Gallipoli in Turkey, with some 1600 deaths. The macabre list does not end here though. Of around half a million Indians engaged in the Mesopotamian war theatres, several thousand sepoys perished. 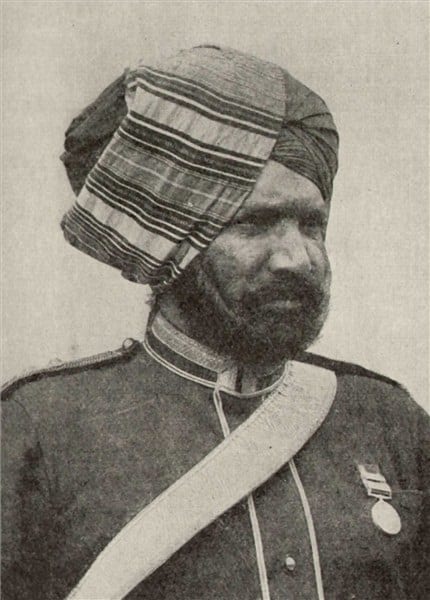 This year marks the centenary of the beginning of World War I. At such a moment, it is difficult to accept that the world at large is ignorant about undivided India’s sacrifices in Europe a century ago.

The fact is India was drawn into the Great Wars as a subject of the British kingdom. In 1914, it had become necessary for the Allied forces to shore up their strength against the onslaught led by Germany. 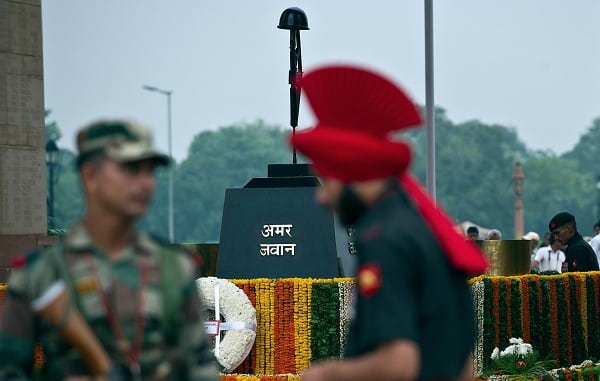 The vast population of undivided India was an easy pool for army recruitments. Most of the soldiers came from poor and uneducated peasant families, so it is difficult to find much textual documentation of the war experiences originating from the soldiers themselves. This was also the time when the independence movement was gaining momentum. Perhaps this is why such little attention was given to this grim but heroic theme in the collective Indian consciousness.

However, letters sent home from the fields, and chronicled by the British authorities, provide valuable insight into the feelings of the soldiers facing the destructive war in an alien and distant terrain. The letters speak of unsuitable food, chilling cold, lice infestation and other grim conditions prevailing in the trenches.

A wounded soldier wrote from a hospital in England in 1915, “Do not think that this is war. This is not war. It is the ending of the world. This is just such a war as was related in the Mahabharata about our forefathers”.

“It is quite impossible that I should return alive. Don’t be grieved at my death, because I shall die arms in hand, wearing the warrior’s clothes. This is the most happy death that anyone can die,” wrote the Sikh soldier Indar Singh from the battle field of Somme in September, 1916.

There are a number of beautifully maintained monuments and shrines in Western Europe and in England dedicated to the memory of Indian soldiers. Slowly and steadily, such places are becoming focal points of tourism for many Indians and people of Indian origin from across the globe.

Until now there has been little awareness within India of the massive contribution Indians made to the war effort of those years. This situation has prevailed despite the homage routinely paid to the country’s unknown martyrs at the British-built India Gate monument in Delhi every Republic Day. However, India’s unsung World War heroes are finally finding acknowledgement in the public consciousness. 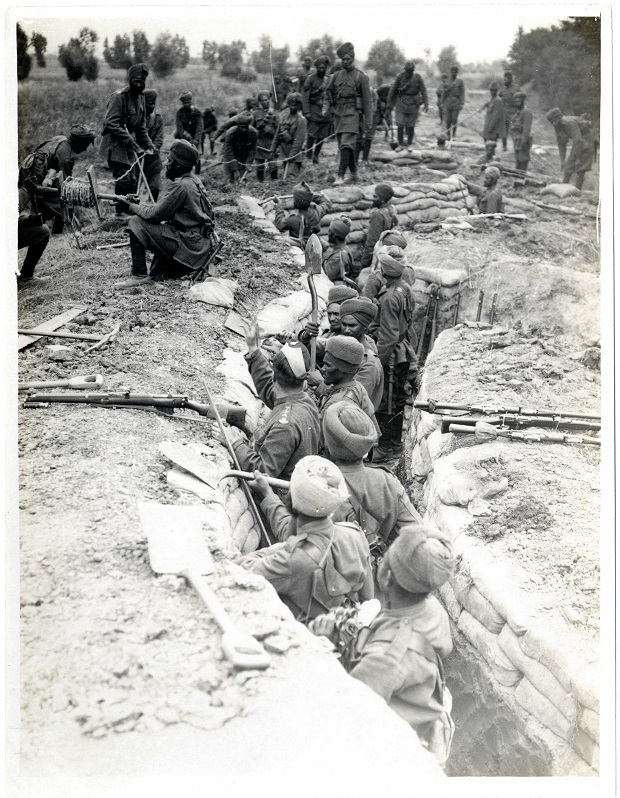 In October last year, Indian President Pranab Mukherjee laid a wreath at a monument for unknown soldiers in the Belgian capital, Brussels, in honour of thousands of Indian troops who fell in
World War I.

This year, Independence Day in New Delhi will be celebrated by commemorating colonialIndia’s brave sons who gave their lives in defence of the British Empire in foreign lands. Also on this day, a Chennai-based environmental organisation named God’s Tree Trust, plans to launch a major program dedicated to planting 74,187 trees across the country in honour of Indian martyrs of World War I. In France, the Global Organisation for Persons of Indian Origin, or GOPIO, plans to mark the centenary of the Great War with special homage activities on 15 August for Indian soldiers.

Digging into the history of Verdun, Adelaide, I discovered that this predominantly Prussian settlement of the 19th century was earlier known as Grunthal. The town was renamed in 1917 to honour the victory of the French in the Battle of Verdun, one of the bloodiest conflicts in World War I.

There is no record of action by the British Indian Army in the terrible battle of Verdun one hundred years ago. Nevertheless, as I drove away from our Verdun that day, the memories of World War I seemed to echo in the Adelaide Hills. A good part of these memories, for me, belong to the brave Indian soldiers who made the ultimate sacrifice in war-torn Europe a century ago. 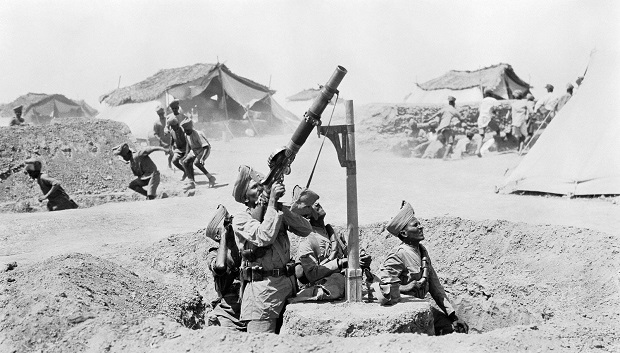 An Adelaide tribute to an old master