The Queen, Julia Gillard and Miley Cyrus reminisce on the year that was and pen their hopes for the new year 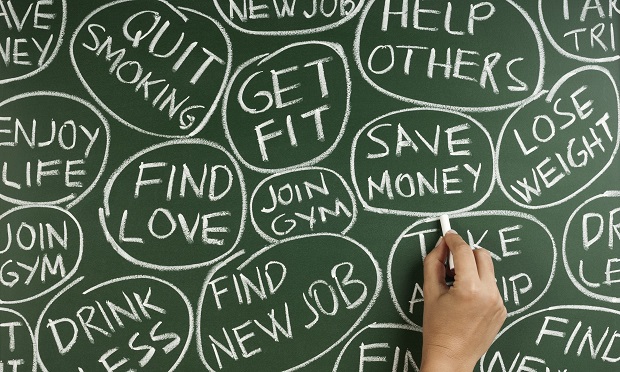 January 1, 2014. I got up a little later than usual and started cleaning up the debris of the previous night’s party on the rear deck of empty bottles, paper plates, left-over nibbles and other bits and pieces. I found an innocuous brown envelope near a pot plant. From ES. I have no Earth Shaker as a friend or foe. Maybe some guest had forgotten it? Instead of ringing 50 odd people I decided to open it to find its owner. I felt a lightning strike from above and the earth below me opening up at the same time. Signed Edward Snowden. Why me of all the people, I wondered?

Since the ABC was snowed down by scathing criticism for releasing his last leak on Australia spying Indonesian leaders, Snowden wanted some other ‘reliable’ source to do the job. Knowing that I often write the Backchat page, he might have chosen me to tell the world, a wad of New Year’s resolutions of some of the powerful persons on this planet, the real Queen and some reality queens. Having a cult following for my Backchat, I am duty bound to tell the Link readers first.

The top sheet was a parchment paper with an embossed crest in gold. The Queen in her own handwriting had penned, “Like the Ashes, my recent Christmas message was a lost cause. My audience once stretched from Sydney to Saskatchewan, but has now shrunk to the English shores. Even Lady Gaga, who is no lady, has more Facebook followers than I have. Even my tweets are not as well received as the budgies in Fergie’s (Andy’s ex) books. Otherwise 2013 has been good to me. By George, my Royal brood has expanded, but my WWW (World’s Wealthiest Women) ranking has gone one notch below that woman, the uncrowned queen of my former colony considered a jewel in the crown. Hope 2014 turns out better, only if my horses can win Ascot”.

The second was from the queen behind the Delhi ‘durbar,’  “It has been a rewarding 2013. I am now the 12th  richest woman eclipsing Elizabeth thanks to the fair- minded Indian masses. They prefer to be ruled by anyone with a fair skin. Even my mother-in-law preferred me over her native bahu. I wish the Huffington Post didn’t publish that I’m worth two billion. Of course it is all huffing and puffing since they withdrew it. I am content with my lot. But only one small wish for 2014. Just that old chair once my husband, mother-in-law and her father occupied in the South Block. If Rahul, with his popularity plummeting can’t get it I wish Priyanka picks up that piece”.

Julia Gillard’s was next, “Lost the throne but made a fortune. Got way over (nearly a million) for my Altona cottage; taxpayers will fork out 200k a year to support me for the rest of my life  and pocketed half a million advance to write a book. Now living in my seaside mansion I am reminiscing how 2013 turned out ‘annus horribilis’ with misogynists calling me names, colleagues colluding to ditch me and worst of all Bill short-changed me hours after swearing loyalty and  the front-line feminist Penny w(r)ong-footed me. There was no one around to trust. The only bloke who stood behind me was my hair stylist – not for doing the hair though. Of course, my dog too. I am spilling the beans in my book for the 2014 Xmas release and want it to be a blockbuster. I need to hurry up before that crafty Kevin does his book.

Next one from another woman who reigned from behind the scene. Theresa’s diary read ” If only those millions of ‘selfies’ had turned out to be votes, Kev would still be king. Poor chap is busy writing his story with ‘programmatic specificity.’  UNdeterred he is flying around the globe lobbying for some UN job  UNmindful of airlines’ cold sandwiches. Hope 2014 UNfolds  a future that will make the UNgrateful Aussies squirm for UNceremoniously dumping him. For me, of course, 2014 holds a bright future with Holden workers lining up at my recruitment firms looking for jobs. With my assets now touching 200 millions, this Rein is well on the way to catch up with that Rinehart.

Miley Cyrus’ list popped up next. What else is left for this pop queen to reveal? My curiosity revved up to see her stuff.

“What have you been doing in the deck so long?” my wife yelled out. Hurriedly stuffing the papers into the envelope, I sheepishly said, “Wondering what New Year resolution should I take?”

“Don’t spend too much time writing silly articles. That should be resolution,” was her first piece of advice for the New Year. Happy New Year everyone! 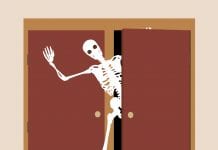 I have discovered my friend has bigoted views