Jail threats, biases, forgotten promises: If we don't want to be taken for granted, we cannot remain silent 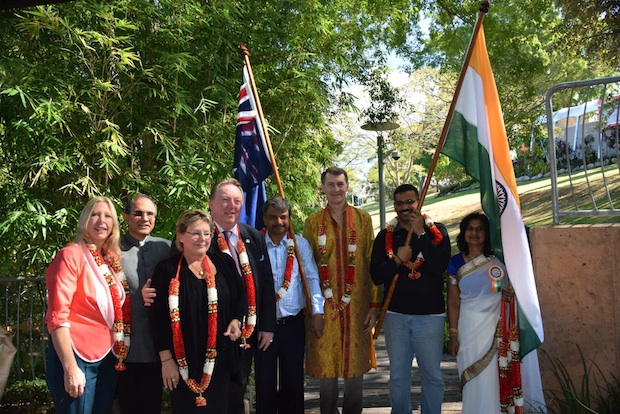 It is time the Indian community and many of its self-anointed leaders stood up to the federal government in light of its pronounced bias against Australians of Indian ethnicity and engage with them only on their own terms.

Exhibit A was the recent blanket ban and egregious threat to jail returning Australian citizens from India – an outrage and arguably, a shrill dog-whistle to some Anglo-Saxon Australians to display “toughness” and secure the red-neck vote in the next election. Even if it wasn’t intended that way, it was Indian-Australians who were victimised and demonized. It was an appalling, reckless move.

Exhibit B was the recent government data that proved the Australian Border Force was permitting three times as many people to travel from the (then) dangerously Covid-infected countries of USA and UK rather than India, much before the disastrous Kumbh Mela and election rallies that triggered the devastating new wave.

The ABF’s inherent institutional racial bias, even if unconscious, was on full display in the figures. Even Australians from Singapore, a country once discussed as the next partner in Australia’s travel bubble, showed surprising figures of exemption rejections.

This is not opinion, these were statistics. Indefensible facts. How do they justify allowing exemptions for Australians (one would guess pre-dominantly white Australians) to travel from the UK and USA whilst denying exemptions to other stranded Australians?

I simply cannot imagine a blanket travel ban or even a threat of jail time for returning Australian travellers from Israel, for instance. Or the UK or USA. Can you?

And yet Indians were fair game. That’s why this government needs a stern reminder at the next election that we will simply not cop such highly discriminatory measures and will vote instead for a party that will treat us with respect.

Our community is providing politicians like the Prime Minister multiple fora and photo opportunities, but seems to be oblivious to all the insults, discrimination, sins of commission and omission of his government.

Indeed, we need to hold all hues of politicians to a higher standard than a namaste, some comical attempts of speaking Hindi, or a pious speech mentioning the 4 C’s (culture, commonwealth, cuisine and cricket). How about something substantive, for a change?

If some respect with their actions is difficult, they must stop the hostile and offensive acts targeting us Indian-Australians.

Garlanding, smiling, and fawning on biased politicians at our events, temples, and fairs has given us nothing except sore ribs from community “leaders” elbowing each other to be in a photo with the “VIP”.

There are 9,000 Indian-Australians languishing in India for over a year and the federal government has done nothing to bring them back, not even making any weak attempts. It is like they don’t belong or matter.

It is not that hard for this government to find $500 million to renovate the Australian War Memorial in Canberra, but it does not want to use idle Air Force planes (or commercial airlines) and bases, to fly back and quarantine stranded Aussies. God knows, it is highly efficient at building detention facilities for “foreign” refugees to languish in, so what’s the big deal about building quarantine facilities for its dinky di Aussies to spend a fortnight in?

Amidst all this, they have also totally forgotten and ignored Indian students, whose plight is unimaginable. Their futures ruined and precious borrowed resources by their families, exhausted.

Members of our community serving on various government or quasi-government panels, organisations, and committees had a chance to publicly object or make their displeasure known about all these government missteps. They could even have resigned from their posts in sheer disgust. But mostly, their silence was deafening. There seemed no appetite to embarrass their political masters who throw them cheap scraps of sinecured appointments and imaginary status.

Our community, which is politically savvy, needs to be more assertive and vocal. Vent on the Facebook pages of organisations like the ABF, Ministers, Prime Minister, and local MPs (both State and Federal – same horse, different jockey after all). Phone them. Write letters to newspapers. Tweet. Phone talk-back radio shows. That is the only “Tool-kit” at our command.

Remember, only the squeaky wheel gets the oil. If we don’t want to be taken for granted and ignored, then don’t stay silent and surly. Bombard the hell out of your keyboard.

As an Indian-Australian of 33 years standing, I have never felt so excluded and targeted.

I am livid, as should be our community.

We simply shouldn’t stand by idly and welcome these charlatans in our midst.

READ ALSO: It’s not surprising Indian-Australians feel singled out. They have long been subjected to racism