On Preethi Reddy's murder: "It's shocking"

Family friends say Preethi was a lovely girl and so, the horrific incident is absolutely unbelievable 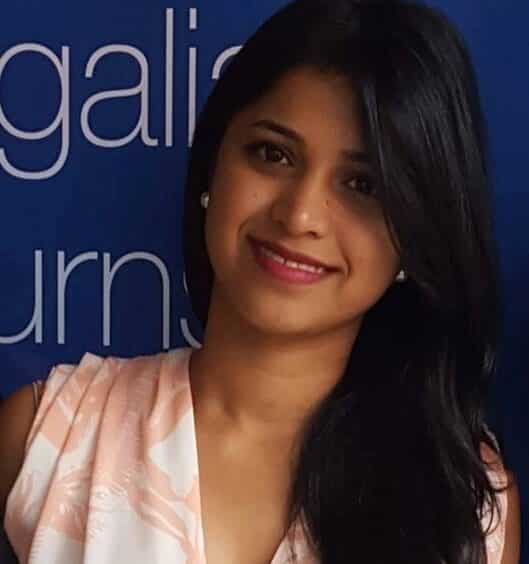 Reading Time: 4 minutes*TRIGGER WARNING*
UPDATE:
Family members of Dr Preethi Reddy, who was murdered just a few days ago in Sydney, issued a statement on Thursday morning. The statement came from Preethi’s sister, Nithya.
Words cannot capture the pain we are feeling with the passing of my beautiful big sister.
Preethi was a bright light; loveable, kind, and protective of all whom were lucky enough to have been loved and cared for by her.
Prior to this unthinkable event, she had been the happiest I’d ever seen her – she he was living her best life. On behalf of my family, I want to thank anyone who shared our appeals to find her, and those who provided information to the police and us over the last few days.
While we now know that Preethi is no longer with us, the certainty of her movements on Saturday night and Sunday morning are not yet fully known, and we will stay in touch with detectives as they work it all out.

To the media, thank you for your assistance thus far, but please respect that our family, particularly my parents and Preethi’s partner, are going through the hardest thing that anyone can endure, and please respect that we need our privacy right now.
We ask that everyone keep that in mind that we are grieving and we need space to do that. Finally, let the police do what they need to do to solve this horrific tragedy. Our family will never be the same without Preethi our lives. Please let her beautiful soul Rest In Peace.
Minister for Multiculturalism Ray Williams also sent his condolences to the grieving family today (7 Mar).

The heartbroken family of murdered Sydney dentist Preethi Reddy has spoken out about her murder. @samanthabrett #7News pic.twitter.com/HRC4wXtEkM

The body of the 32-year-old dentist was found in Sydney’s south-east on Tuesday night, in a suitcase. She had been stabbed numerous times, according to a police report. The police found later that Preethi had stayed with her ex-partner Dr Harshwardhan Narde on Monday night. After Narde was questioned by the police and let go, he died in a car crash in what the police termed as a deliberate act. He was also named as the prime suspect in the crash.

“It’s obviously a shock,” Sydney-based Aruna Chandrala, President, The Global Women’s Network, told Indian Link. Aruna, who’s also close family friends with the Reddy family, added, “We have known the Reddys for a long time now, our children grew up together. They’re a very decent family, well-known in the Telugu community, well-respected. When we heard the news, everyone in the community started sending out search parties for Preethi. Her sister Nithya insisted that it was simply not in Preethi’s nature to be out and not get in touch for so long. After the missing person’s report was out, so many youngsters from our community set out in groups to look for her at 2.00am that night,” she said.
Family and friends also founded a Facebook group ‘Help find Preethi Reddy’ (https://www.facebook.com/findpreethi/) so that anyone with crucial information could share it on the platform.
Rohitas Batta, President of an organisation called Technocrats Association of Australia, is also an old family friend. “We’ve known the Reddy family for 20 years. It’s a devastating loss, not just to the family but to everyone who knows them. Preethi was such a lovely soul, we can’t imagine who would do such a thing.”
Preethi was first reported missing on 3 March, after the family told the police that they were not able to get in touch with her after 11.00am on Sunday. Preethi was attending a dental convention at St Leonards at the time and had said during her last conversation that she was going to head home after having a late breakfast in Sydney.

Kingsford: The body of dentist Preethi Reddy found stuffed in a suitcase left in a vehicle on Strachan Lane. Her former boyfriend, the main suspect, was involved in a crash with a truck near Tamworth on Monday. He is now deceased. He spoke to police soon after her disappearance. pic.twitter.com/Hq6QWPAee6

Officers from Sydney City Police Area Command found in a CCTV video that she was at a fast food restaurant on George Street near King Street about 2.15am on Sunday. She appears to leave alone a short time later, walking south toward Market Street. Following an appeal for information to the community, Preethi’s vehicle, a grey Volkswagen Golf, was located parked on Strachan Street, Kingsford, about 9.30pm yesterday (Tuesday, 5 March). The body was discovered in the vehicle.
Preethi reportedly stayed at a hotel on Market Street, Sydney CBD, on Sunday with a man known to her. Strike Force Carlwood investigators were then notified that the man, who was identified later as Dr Harshwardhan Narde, died in a head-on collision on the New England Highway, Willow Tree, about 10pm on Monday 4th of March 2019. Detectives from Oxley Police Area Command believe the collision was a deliberate act.


Sources say Narde, who was also a dentist in Tamworth and of Indian origin, was harassing her. It became a source of concern for the family and her boyfriend, who lives in Melbourne and flew down to find her.
Aruna added, “Preethi was a very responsible child, and she was liked by everyone she worked with. My kids also said the same thing about her. The family is devastated. In fact, they were to have a prayer meet for her tonight, but they aren’t up to it just yet.”
Rohitas added, “We are all shaken. At this time, the family would really like the support of media and community members and a little privacy and space.”
Meanwhile, the police are continuing their investigation and have revealed that Preethi’s family members are speaking with them, providing details and information, whenever required. A police rep addressing media in the morning today added, “As a parent, the worst thing we can do is bury our kids… It’s a space none of us want to be.”
Follow the story for more updates.
If you need to speak to someone, please call Lifeline 13 11 14
The National Sexual Assault, Family & Domestic Violence Counselling Line – 1800 RESPECT (1800 737 732) – is available 24 hours a day, seven days a week for any Australian who has experienced, or is at risk of, family and domestic violence and/or sexual assault.
- Advertisement -
Share
WhatsApp
Facebook
Twitter
Linkedin
Previous articleSydney theatre group 'Bollywood Central' presents debut show
Next articleIndians in Oz