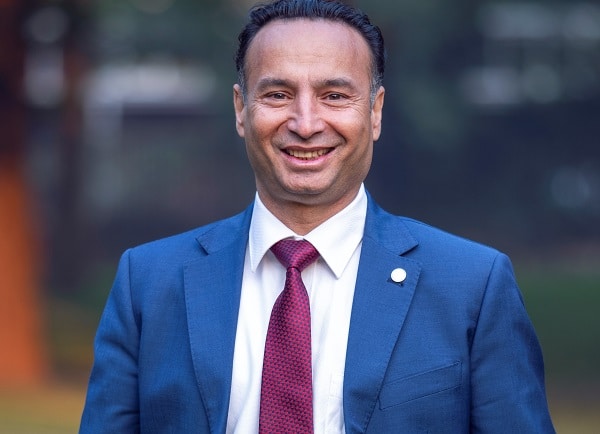 Deepak-Raj Gupta has been honoured in this year’s Australia Day Honours with the OAM for service to the community of Canberra.

“I feel honoured and privileged,” Gupta told Indian Link.  “It reflects well on our community, to be felicitated based on our professional contributions.”

He served in the ACT Legislative Assembly in 2019 – 2020, as a Labor Party representative for the Yerrabi constituency. He became the first India-born person to be elected, and as a practising Hindu, took his oath on the Bhagawad Gita.

In the Assembly, he took on roles in the fields of justice and community safety, economic development, water efficiency, climate strategy, and tourism.

Before this, a long list of contributions adorned his CV, in a checkered career in the business sphere: he was part of ACT trade and business delegations to India in 2015 and 2019.

Within the Indian community in Canberra, Gupta is well-known. He founded the Canberra India Council, was President of the India Australia Association of Canberra, and was founding president of the ACT Chapter of the Australia India Business Council for ten years (he continues to be a member of the AIBC at the national level).

“I came here 32 years ago, with almost nothing in my hands,” Deepak-Raj Gupta said, describing his journey. “As a young international student in Melbourne, I never dreamt my contributions would be recognised in this manner.”

The Agra-born Shimla-educated Gupta is grateful for the opportunities in those early days, doing odd jobs such as washing cars and in hospitality. “That start put me directly in touch with the common people, and allowed me to become part of the local community. I found people to be friendly and welcoming.”

Getting into the work force, Gupta took a job as project manager in a federal government department in Canberra.

Outside of his work hours, he threw himself into community work.

“In 2004 I started Holi and Diwali celebration melas. With that experience, I thought our community deserved more exposure at the annual National Multicultural Festival in Canberra. A week-long event, it had only a 15-minute slot for Indian migrants. I got behind it and asked for more. Today it is a day-long event, one of the most sought-after in the entire festival.” 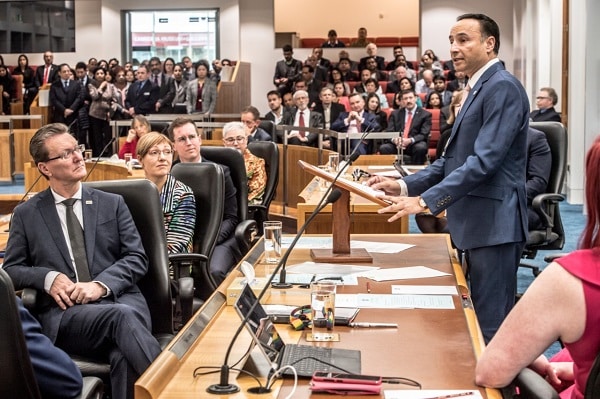 Buoyed by his experience and success in large-scale events, and growing business networks, Gupta then launched the World Curry Festival in Canberra.

With professional interests as diverse as this, it is no wonder his colleagues in the Legislative Assembly referred to him as an “Indian Forrest Gump”.

Ask him about his career highlight, and he will pick his short stint in the Legislative Assembly.

“I’m quite proud of that achievement. It shows others in our community that we can fulfil our dreams in this new land, with hard work. Equally, it shows the rest of the country that Indian migrants can serve the wider community as people’s representatives – and not just as medicos and IT professionals. I’m also conscious that efforts such as mine can inspire the second generation of migrants – I’m quite thrilled with the interest I’m seeing in the take up of politics; many of our young folk are taking the baton and are keen to be in the place where decisions are made for the people of Australia.”

In a significant contribution while he was in the Assembly, Gupta located the grave of Walter Burley Griffin in Lucknow.  The Chicago-born architect who designed the city of Canberra, died in the northern Indian city in 1937. As he paid obeisance, Gupta said famously that he was able to ‘feel a connection’.

Advising new migrants in their adopted home, Gupta said simply, “Do the hard yakka; don’t take shortcuts; give your 100% and the results will come.”

He is well-aware that recent migrants have been importing old divisions from India.

“We are not united as a community, and that is not a good reflection of us. Worse, the political parties will take advantage of it. It is entirely our fault though, and we must check these tendencies before they bring us down. We must leave our disputes back in India. This is our home now, and we must treat it as such. This is very important.”

What drew him to Labor when he decided to take up politics?

“I knew very little about Australia when I was growing up in India. The two personalities that impressed me most were Bob Hawke, and Richie Benaud (laughs). Hawke was PM when I arrived. I found then that the values of the Labor Party resonated with me.  As my own career in business advanced and I interacted with politicians, I began to speak up for more diversity in our boards and in policy-making. They encouraged me to get into politics to see the changes I wanted, implemented in real life. Labor gave me great support, allowing me to seek preselection on my own terms. I got the preselection in 2016 by one vote – it was that tough.”

A trail blazer in a community that is now increasing its political presence especially at the local council level, Gupta’s life experience can be a source of inspiration to many keen to follow this path.