Recognised for service to the Indian community of the Australian Capital Territory. 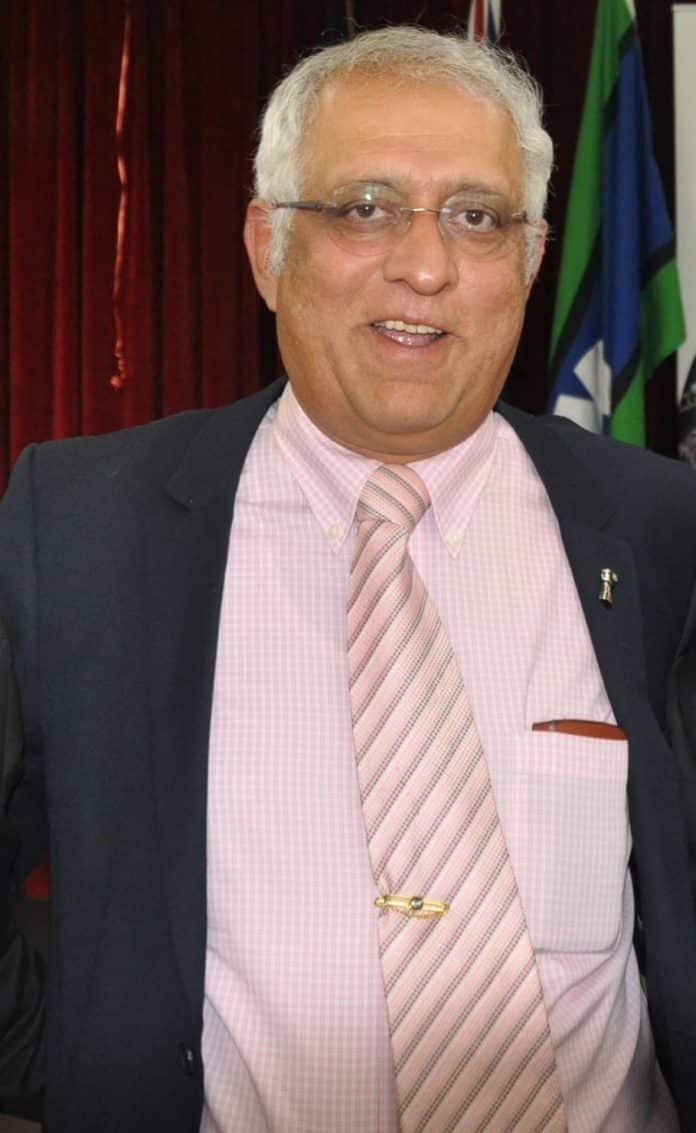 While 2020 may go down for most of us as The Year That Never Was, for Canberra’s Lakshman Prasad Alluri it will be a memorable year.

This year marks milestone anniversaries for at least three of Alluri’s pet community projects, and on top of that, he has received an OAM in this year’s Queen’s birthday honours. It’s lucky times for Lakshman, well-known in Canberra’s Indian community as Lucky.

Having arrived in this country in 1993, he took to voluntary work in his community almost immediately. The first of these was the Sri Vishnu Shiva Mandir at Mawson, which marks its 25th anniversary this year. In 1995, Lucky oversaw the inauguration of the temple, volunteering as the priest for the ceremony.  “Prior to this of course, it was a long process to have the temple established. In 1993, as president of the Mandir Society of Australia, I administered the foundation laying ceremony (Turning of the Sod) by Labor MP Ross Kelly for the construction of the temple. A year later, I helped organise the first havan for the purification of the idols received from Tirumala temple in Andhra Pradesh India.”

As current Vice-President of the Mandir, it continues to be part and parcel of his community work to this day. This work also sees him sit on the boards of two other Hindu temples in ACT and NSW.

In another role – President of the Canberra India Council – Lucky is leading the not-for-profit in marking its tenth year this year. Launched in 2010, the Council aims to promote interest in and appreciation of Indian and Australian cultures and values. The Council’s flagship event has been the annual ‘India In The City’ at the National Multicultural Festival, besides Vaisakhi and Diwali events.

As if these activities do not keep him busy enough, Lucky does his bit for his adopted city in a variety of other roles, volunteering at Floriade, Canberra Day Parade, Christmas Carols at Commonwealth Park, at over 25 events through 2013 during the Centenary Celebration of Canberra, at AFC Asian Cup and Cricket World Cup (CA) in 2014/15 besides a number of cricket clubs across the city, and volunteering with the elderly at Miranjani Village, Weston Creek.

This year, COVID-19 has kept Lucky involved in an entirely new way.

“Since the outbreak of COVID and the clampdown of restrictions, I started a small informal organisational network group between Marie Ball Associates, Vishnu Shiva Mandir Mawson, Canberra India Council Inc, and Canberra Telugu Vaani Inc to provide Indian groceries and fresh fruit and veggies to needy senior citizens, families, frontline workers and international student at ANU/UC. Over 58 people have been receiving these supplies on a weekly basis.”

All this alongside his day job in the public service (in which, Lucky is about to finish his 25th year.)

How does he find the time?

“It’s not a problem,” he smiled. “I’ve worked at the Floriade all day, and gone and danced the garba at night, and thoroughly enjoyed both!”