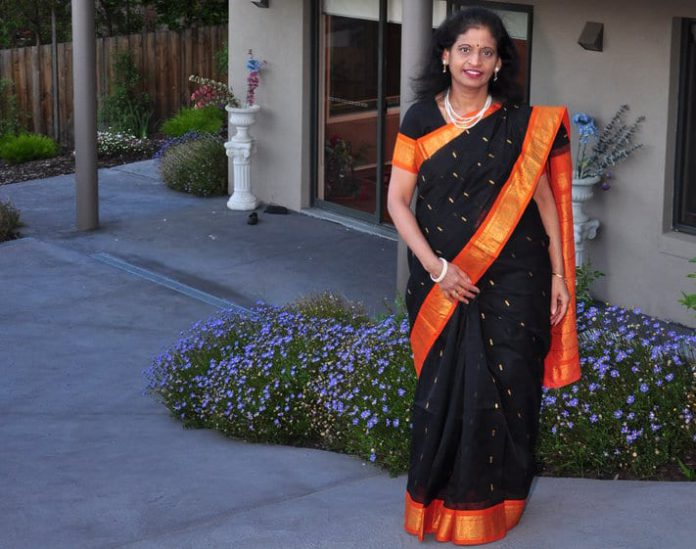 Dr. Rama Rao arrived in Australia in February 1983, and sang at a family event two days later: she has not stopped singing since.

Besides being a trained classical musician, she also had a PhD in polymer chemistry from the University of Madras. She remembers to this day her visit to the Australian High Commission in Delhi in 1982, when the consular official, granting her and her husband a permanent resident visa to Australia, exclaimed, “Australia welcomes a musical scientist!”

She enrolled for a post doctorate program at Monash University, and shortly thereafter established the Krishna Ravali School of Carnatic Music in 1984. She began working for Dulux Paints (where she worked for 25 years), started a family, and began performing, being one of the first to provide live music for Bharatanatyam performances in Australia.

“My love for both music and science has made it possible for me to give back to the community in many ways,” Rama told Indian Link.

Not only has her Krishna Ravali music school grown exponentially – it now boasts 120 students – Rama has also been president of the Festival of Indian Music and Dance Victoria FIMDV for 3 years between 2014 and 2017.

“In my opinion, Melbourne has become increasingly the centre of Indian classical music and dance in Australia,” she mused, adding, “I have enjoyed this incredibly joyful journey with my fellow artistes and students.”

As a scientist, Rama is the Chairperson of the Victorian division of Surface Coatings Association of Australia; is involved in CSIRO’s STEM Program which promotes science in schools, and volunteers with the Government’s ‘Scientists in Schools’ program.

Being a Saibaba devotee, she lives by the motto ‘the hands that serve are better than lips that pray’ and has been involved in various philanthropic endeavours, such as organising music concerts to raise funds for humanitarian causes such as AMAZE, an organisation shaping the future of autism. “While working with AMAZE, I realised how music can help to improve immensely the lives of those in the autism spectrum,” she revealed.

Rama also manages to put time aside for monthly bhajan sessions and community service with the Monash Lion’s Club.

While reading of Rama Rao’s contributions, one can’t help but think that she has had such a full life: indeed, one wonders how 24 hours in a day have sufficed for all the things she has managed to do.

“The OAM honour has come as a total surprise for me, and I feel both humbled and honoured by it,” she revealed. “I would like to dedicate it to the people who have been a part of this wonderful musical journey with me – my parents, especially my mum mother who introduced me to music (and after whom I have named my  music school); my gurus Dwaram Doraiswamy of Nellore, and the late Dr S Swaminathan of Chennai; my siblings, my husband and my children who have been supportive of me always; my fellow artistes, and my students and their families.”