As the United States reels from the devastating effects of the ongoing COVID-19 pandemic and widespread protests against police brutality and systemic racism, its civilians and its increasingly authoritarian government are on a dangerous collision course. 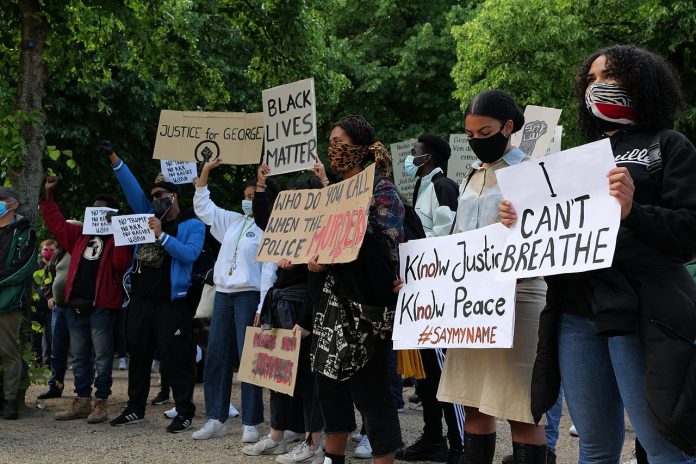 Even before the senseless death of George Floyd at the hands of four Minnesotan police officers late last month, an increasingly divided America was already hurtling towards destruction. Though the country is now reeling in the aftermath of a pandemic that has obliterated its economy and claimed the lives over 100,000 of its civilians, the path to the current war raging on America’s streets was forged long ago. Amidst the uncertainty of it all, an increasingly belligerent President Trump inadvertently finds himself in the perfect position to create an autocracy borne from plutocracy – one which he has made no secret of coveting.

Protests and riots against police brutality and racism have now taken place in hundreds of cities across the United States, with demonstrations also being held in other cities around the world, including in Australia. They were sparked by the latest death of an African American man in police custody, but the seeds for these protests have been sown through centuries of discrimination against coloured minorities, compounded by ongoing police brutality and countless unfulfilled promises of change by policymakers.

Though Trump is certainly not to blame for the systemic racism entrenched in American institutions and public life, it is self-evident that his increasingly inflammatory and plainly racist rhetoric has spurred protestors, even as a pandemic continues to ravage the country. Over the course of his first term, Trump and his allies have single-handedly legitimised the denigration of society and of morality, with regular dog-whistling and race-baiting driving accelerated societal disintegration.

Faced with a leader who has, since his dark inauguration speech, failed to even attempt unifying his starkly divided country, it is no wonder that thousands of protestors continue to roam the streets long past now widely enforced curfews.

Though the protests gained incredible international social media traction, including the viral #blackouttuesday trend, actual change is no nearer. The solution in any true democracy would be for individuals to exercise their right to vote, but this brings us to another problem plaguing the United States: its fundamentally flawed Electoral College system, which itself has dubious roots.

The system effectively values the votes of some individuals more than others, has seen two of the last three presidents (George W. Bush and Donald Trump) elected without winning the popular vote across the country. In the 2016 election, Hillary Clinton received nearly three million more votes than Donald Trump. It is a failure of democracy where the majority of the population can be left unhappy with an election outcome.

Though the system was ostensibly designed to balance big states against small states (thus ensuring that candidates have to appeal to the entire nation, and not just the large cities), it also has a darker side – it intentionally had a distinct pro-slavery tilt, by ensuring the slaveholding South (and consequently slaveowners) had extra seats in the college.

Of course, slavery no longer exists in America, but like other deeply-entrenched elements of American life such as the long- debated “right to bear arms” under the Second Amendment to the Constitution, the Electoral College system was devised for a vastly different country to the America of today.

America is not alone in its fight against discrimination. In India, discrimination against dark-skinned people, including blacks, is overt. It is often overlooked that Mahatma Gandhi himself once said black people are “troublesome, very dirty and live like animals”, and wrote that white people in South Africa should be the “predominating race”. Closer to home, Australia’s track record against Indigenous Australians is abysmal, with 432 Indigenous Australians dying in custody since 1991 alone, with zero convictions.

History lays bare that the global plight of coloured people is endemic and enduring, infinitely more so than a rogue virus. Yet the agility with which the world has responded to the threats posed by COVID-19, while continuing to ignore the cyclical cries of oppressed minorities, proves that change is not a question of ability, but of choice.

Dr Martin Luther King, Jr. once labelled riots as the “language of the unheard”, citing social justice and progress as the only absolute guarantors of riot protection. Concerningly though, while the current chapter of protests may dwindle, there is no end in sight to America’s titanic struggle in finding its new identity.

This makes one thing certain: America is caught in a vicious cycle of pain. This November’s election – though perhaps the most important in modern US history – will not be a circuit-breaker. Regardless of the outcome, the election promises to deepen existing divides and could result in an extreme and dramatic escalation of tensions already bubbling at the surface today.

Trump and his supporters can forget about their dream of making America great again; it will be some time before America is America again.

READ ALSO: Far-right extremism and social media is a match made in hell