Days after the Blacktown Diwali Lights Competition ended, passers-by continued to stop at the gate of the Sadhu family home in Bungarribee’s Steeltrap Drive, and cars slowed down on the street in awe. They were taking in the magnificent display of lights – at one of the most beautiful homes in the street.

For Shamila and Vishal Sadhu, it’s been Diwali as usual this time round, but with one special highlight: they’ve brought home the top prize in the Diwali Lights Competition organised by the Blacktown City Council.

Their lighting design had it all – the Om symbol, diyas, swastiks, peacocks, Ganesh, even a kalash, all in shimmering electric lights. Fairy lights and cascading lights made up the essential ‘rows of lamps’ that are so typical of this ancient tradition.

Every bit of the house was adorned with illumination – the walls and the columns, the roof and the gate, even the lawn, with fairy lights snaking tastefully all the way to the backyard.

“Isn’t that the essence of Diwali – that the entire house must be lit up,” Shamila Sadhu said to Indian Link. Describing the installation process, she revealed, “It was more than two weeks in planning and execution. And so we were very glad when we heard the news. Our hard work had paid off!” 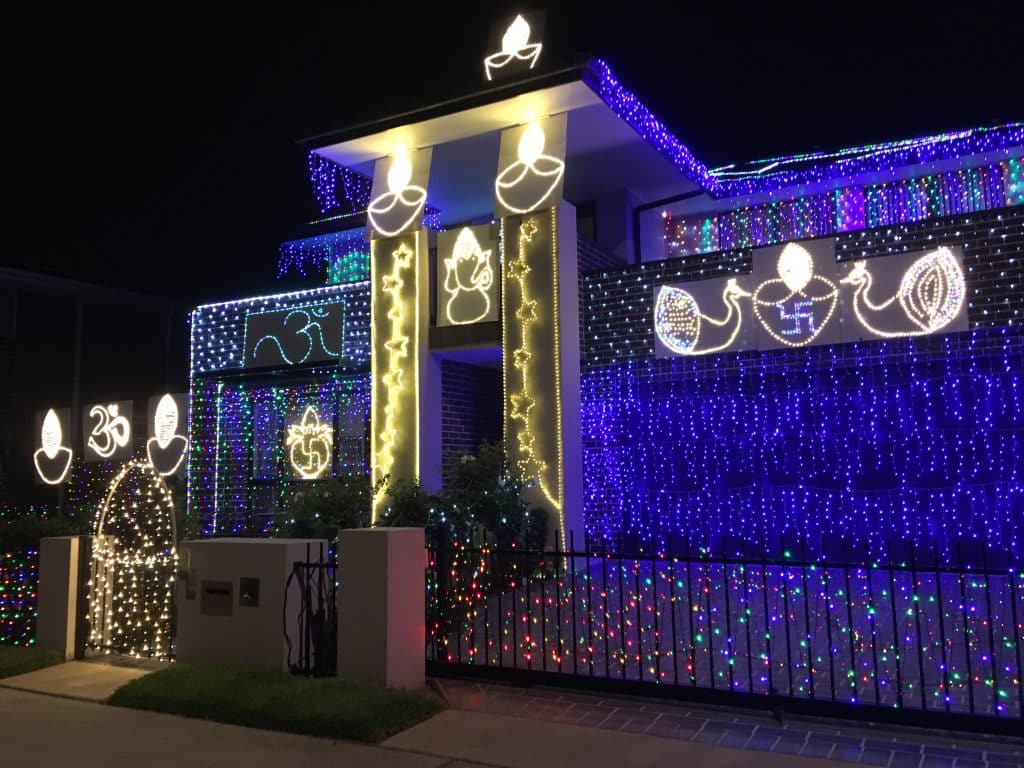 A medico by background, she drew up the plans on paper with mechanic husband Vishal. “Of course the plans went through many changes as some of our ideas did not work,” she laughed, and credited Vishal for his ingenious ideas and meticulous way of operating.

Essential to both Shamila and Vishal, was that their kids be part of it all. Vardhaan (10), Vrinda (9) and Vivaan (8) were involved from the outset. “The boys even got on the roof with dad!”

The Sadhus’ own childhood in Fiji was filled with happy participation in the rituals not just for Diwali but all festivals, and they are passing on the same fervour to their kids. “We are now planning our Christmas lights as a family,” Shamia said. “Blacktown Council organises a similar Christmas Lights competition annually, and last year our decorations won the Encouragement Award.” 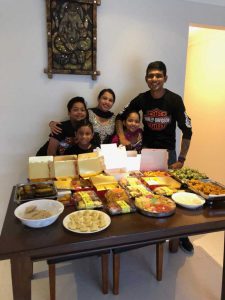 This is the second year the Council has held a Diwali Lights Competition, and some 29 homes registered to participate. Judges, including Councillors Moninder Singh and Susai Benjamin, Council staff and representatives from Indian Link Media Group as sponsoring authority, looked for elements of Diwali in the designs, as well as effort and creativity.

Stephen Bali, Blacktown City Mayor said, “This is one of the many ways we celebrate Blacktown’s rich diversity.”

As the contest kicked off in late October, he had urged everyone to celebrate, not just those of Indian descent, and light up their homes in the spirit of Diwali. “I encourage everyone to get involved in Diwali, whether that is by placing lights around their own homes or simply by admiring the beautiful lights twinkling in their neighbourhood.”

Many of us in the Indian community might remember driving around our suburbs in December to see the homes dressed up in Christmas lights, and wishing people would do the same at Diwali.

That dream has now come true.

Election handouts: What we could have done better