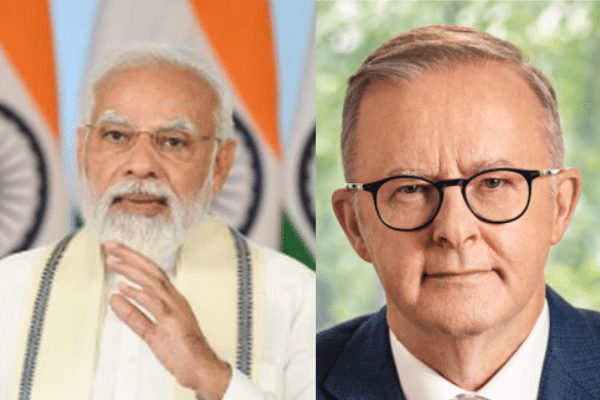 This past weekend, after nine years serving as the opposition, the Labor Party has been given the keys to Canberra, with leader Anthony Albanese sworn in as the 31st Prime Minister of Australia. A change in government can be an exciting and scary time, dealing with new terrain.

So what can this election result mean for India and Australia relations?

Ties between the two countries go way back, with Labor ironically seen as the ones to have wrecked but also salvaged the crucial relationship with India. Of course, we live in different times and a different world today than Labor leaders had envisioned three decades ago.

In the early 1990s as trade liberalisation was initiated in India with numerous economic reforms, then Prime Minister Paul Keating opted not to jump on the train that saw the US, UK, Germany, France, and other countries flood into the Indian market. Within four years, foreign investment in India increased from around US $130 million in 1991-92 to $5.3 billion by 1995-96 as Australia gazed on.

Instead, despite the traditional links to India based on curry, cricket, and the Commonwealth, it seems Keating’s vision of Asia only went as far as Malaysia, with the Labor leader occupying himself in building bridges with Malaysia and then Prime Minister Mahathir Mohamad over all the possibilities India held.

Fast forward a few years and India faced vitriol almost across the board when it initiated the Pokhran nuclear tests in 1998. With this “outrageous act of nuclear bastardry” (as Shadow Minister for Foreign Affairs Laurie Brereton put it) relations only soured between the two countries. It’s even said that Indian dignitaries had an unwritten directive against interactions with Australia that only thawed with overtures to business opportunities by then Prime Minister John Howard and Trade Minister Tim Fisher.

Under a new Labor government which came in power in 2007, it was perceived that the Rudd government was far closer to China than the Indian subcontinent, building sturdy bridges between Australia and India was understandably a task.

The salvaging of Indo-Oz relations came under the Gillard administration, who stunned naysayers by convincing the caucus to sell uranium to “dynamic, democratic India” in 2011. Even as India refused to sign the nuclear non-proliferation treaty, a prerequisite policy under Labor for uranium sales, she argued for the policy as an economic and environment measure towards cleaner energy from a developing India.

Revolving chairs in the Labor leadership meant that the stability needed for stronger ties between India and Australia remained at the fringe, ultimately taking off in 2014 under the Coalition Abbott government who saw more than a few similarities with the newly elected Modi regime. Not only did the political ideologies of the leaders closely align, but similar modest beginnings and religious outlooks translated to a great relationship between the two nations.

So great, in fact, that it translated an Indian leader on Australian soil for the first time in almost 30 years when Modi attended the G20 Summit in 2014. Not since 1986 with Rajiv Gandhi’s visit had an Indian Prime Minister crossed the seas for the land down under.

The comfortable dynamic ultimately flowed over to Abbott’s successor, Scott Morrison, even as the geopolitics of the Asia Pacific changed drastically. The Quad came to the forefront as Chinese power grew in the region, most recently observed with China’s new security agreement with the Solomon Islands.

With these elections, Australia finds itself at a fascinating juncture in its relationship with India. On one hand, along with the US and Japan, Australia has taken a strong stance against the violence in Ukraine but remained mum on India’s wishy-washy stance with Russia. In today’s geopolitical world, it appears ties rely entirely on an issue-by-issue basis, pitting together the unlikely duo of Albo and NaMo over common ground of defence and economic trade.

PM Albanese met PM Modi for the first time in Tokyo this week, the relationship will be further strengthened as the venue for Quad 2023 is Australia and PM Modi is expected to visit Australia after a gap of 9 years.