$3.5 million: It’s only the 11th day of electioneering, and it’s already raining money for our temples and gurudwaras

With the election campaign less than two weeks old, it seems like it is raining money in elections promises for the various temples and gurudwaras around Australia.

The Coalition candidates in the seats of Aston in Victoria and Tangney in Western Australia have promised over $3.5 million should the Coalition government be returned to power on May 21st.

Federal Member for Aston, Alan Tudge has promised that a re-elected Morrison Government will provide $1.5 million towards a $3 million project to create a Hindu community hub at the Sri Vakrathunda Vinayagar Temple in The Basin, Melbourne. Announcing the grant, he said the project will provide a place for the 75,000 devotees that visit the temple every year to gather, learn and receive support. Aston is a safe Liberal seat with Alan Tudge polling over 60% votes in a two-party preferred basis in the last Federal election.

In Western Australia, the Federal Liberal Member for Tangney, Ben Morton has promised $1 million to support the Sikh Association of WA (SAWA) to help build a long-needed multipurpose community centre in Canning Vale, if the Morrison govt is re-elected.

Ben Morton also promised another $1,000,000 to the Perth Hindu Temple in Canning Vale to help towards an Education and Culture building to provide spiritual and cultural classes for young people, if the Morrison Government is re-elected. “The Perth Hindu Temple is the oldest Hindu Temple in Western Australia and is visited by around 300 devotees every week, and up to 2,000 devotees when major events are held,” Minister Morton said. Ben Morton has represented Tangney in Canberra since 2016. 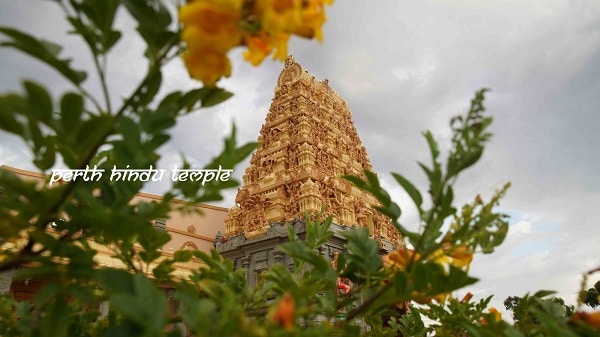 11 days in and with $3.5 million promised by a re-elected Morrison government, it will be interesting to note the final numbers on 20th of May.